Published on January 26, 2006 by Charles Digges 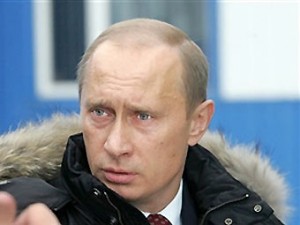 He did not say if he would expel the diplomats, but noted: "If we send them away, more will come. Maybe clever ones will come. And we will have to struggle to find them. Let’s think about that."

Putin has previously criticised foreign support for groups in Russia, but on Wednesday he linked the groups to intelligence agencies more explicitly than before.

His remarks intensified a furor that erupted after the disclosure of what officials said was a British espionage operation that used a device concealed in a fake rock to exchange information with a Russian agent. Many Russian news organisations have speculated the fake rock was actually a model taken from a KGB museum. 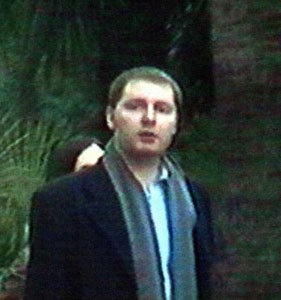 He was referring to the controversial NGO law—which was protested vociferously by many Western countries and NGOs—which he signed earlier this month, and cited the UK spy dust-up as all the more reason for the law to exist.

"This law is designed to block foreign governments from interfering in the internal politics of the Russian Federation and create favourable, transparent conditions for financing NGO operations," Putin said at a news conference in St. Petersburg.

Putin said it was "regrettable" that foreign intelligence agencies were financing Russian NGOs.

"I think that nobody has the right, in the given situation, to claim that money has no smell," he added.

The NGOs Russia has linked to the affair—without specifying illegalities—include the Moscow Helsinki Group and the Centre for Democracy and Human Rights. The scandal could worsen relations with Britain and other countries as Russia presses its assault on European and American financial support of groups that criticise the Kremlin.

NGOs speak out
NGOs have denounced the FSB spy allegations that aired on Rossiya television as an attempt to discredit them. They have stressed that they won grants from the Global Opportunities Fund and not from Doe personally or British intelligence.

Ulrich Fischer, the president of the International Helsinki Federation for Human Rights called the accusations against its Moscow branch and other groups slanderous and "part of an official Russian policy to silence criticism and strengthen ever further a centralised state power."

The Bellona foundation, which has two offices in Russia, also spoke out against the ever-growing Kremlin juggernaut against NGOs. Russia programme director Nils Bøhmer said we are very concerned about the developments in Russia.

It is essential to have independent NGOs to develop democracy, said Bøhmer. Putins statements yesterday, and the new NGO law show that in the future, it will be difficult to operate as an independent NGO in Russia.

We also consider that special services should not be trying to influence the work of NGOs, said Nikitin, who spent five years fending off charges of espionage for contributions he made to a Bellona report on the Russian Northern Fleet. He was entirely exonerated in 2000. During his trial he became head of Bellonas St. Petersburg operations.

We have not had any brushes with the special services, but it is well known that there are constant attempts by the FSB to influence non-governmental organizations in Russia.

While Russian intelligence officials acknowledged there was no direct connection between those grants and the espionage that has been alleged, the distinction has largely evaporated in the fury of Russian reaction to the spy scandal. The British Foreign Office has rejected any allegation of improper conduct with Russian NGOs.

"The deputies believe such actions undermine confidence in NGOs as a widely recognised important institution of civil society," it read.

This month. Putin signed into law new controls over private groups, requiring them to reregister and prohibiting foreign financing of activities deemed political. Foreign leaders and Russian representatives of the groups called the curbs a bid to stifle political discourse.

The whereabouts of the diplomats
Diplomats caught spying red-handed are usually expelled immediately, Ivan Safranchuk, head of the Moscow office of the Washington-based Centre for Defence Information, told The Moscow Times

"The Russian government probably figures they will leave the country themselves, because it would be very uncomfortable for them to continue working here if they stayed," Safranchuk said.

"If Russia expelled them, they would likely have one of their diplomats expelled in return. Besides, Russia might already have information that the embassy workers had already left" he said.

Safranchuk speculated earlier this week that the FSB might have planned the leak to Rossiya as a way to defend the NGO legislation and might have been planned it as early as November, when the Duma first started considering the bill.

European Response
In Strasbourg, France, the Parliamentary Assembly of the Council of Europe on Wednesday declared that Russia’s NGO law did not meet European norms for NGOs, Interfax reported.

Konstantin Kosachyov, head of the Russian delegation to the continent’s main human rights body, said he was disturbed by the declaration, which he said "discredits the assembly."

Meanwhile, another Russian-British dispute emerged this week when St. Petersburg prosecutors announced that they were reopening an investigation into the business activities of the St. Petersburg office of the British Council, the British Embassy’s cultural department that offers fee-based English-language lessons.

An investigation into whether the council had carried out illegal business activities was closed in July due to lack of evidence, but prosecutors recently decided to reopen it, a prosecutor’s office spokesman told Interfax on Tuesday.

He said the Foreign Ministry had informed British officials in Moscow of the investigation and that it was unclear which laws the council was accused of violating.