ST.PETERSBURG—While NGOs across Russia may be breathing a sigh of cautious relief that they were not eliminated altogether by the passage of the NGO bill, foreign and international NGOs in the countrys militarily closed cities—a vestige of the Soviet past—have been banned from operating within them.

Published on December 22, 2005 by Vera Ponomareva 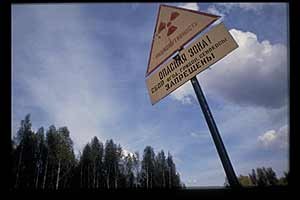 The controversial NGO bill passed its second crucial reading in the Russian State Duma Wednesday. Once it passes through the Federation Council, the Parliaments upper chamber, it will become law as soon as it is signed by President Vladimir Putin.

The amendments forbid the activity of foreign and international organizations closed cities, or ZATOs in their Russian abbreviation. Russian NGOs in ZATOs, however, can receive foreign funding, but only "in the order established by the Russian government."

Meanwhile, these closed cities inherited from Soviet Union still remain totalitarian antidemocratic entities, where all forms of civil activity are restricted. Once the bastions of the Soviet Unions nuclear effort, the 10 closed cities have remained since the Soviet collapse time capsules from the bad old days.

Over the past 12 years, foreign funds began investing into various programmes in closed cities, particularly in projects concerning non-proliferation and legal education.

"The proposed amendments though will stop this process and set the closed cities back in their progress by many years," said Nadezhda Kutepova, the chairwoman of the Planet of Hopes NGO in Ozersk the notorious Mayak Chemical Combines hometown, in an interview with Bellona Web.

Planet of Hopes—an ecological organization which is defending human rights in the most contaminated area of Russia—has survived on western grants for three years.

Kutepova predicted the NGO bill will not only ban the activity of foreign organizations in closed cities but also define the way of thinking for the bureaucracy that governs them. That means that with the passage of the bill, NGOs will have problems even with foreign funding.

The basic argument of those who support this amendment is that closed cities were established and exist to secure military and nuclear plants located there. But Kutepova points it out that today the secret installations themselves live on western money. Thus, the fissile materials storage facility built at the Mayak plant in 2003 was part of US-Defense Department run Cooperative Threat Reduction (CTR) programme. American contractors took part in the construction.