With Russian Prime Minister and former two-term President Vladimir Putin positioned as the favorite in Russia’s upcoming presidential elections on March 4 – less than two weeks away – several questions emerge: Will the environment undergo further erosion as a result of a highly corrupt system built by him? And what will become of Russia’s civil society and freedom of expression under his projected 12 years in office?

Published on February 22, 2012 by Charles Digges 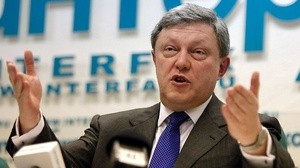 Grigory Yavlinsky, leader of the opposition Yabloko political party, who was in January barred by Russia’s Central Election Commission (CEC) from running against Putin in the upcoming elections, will be on hand in Oslo to discuss these issues at a Bellona event on March 1.

Analysts and the opposition said Yavlinsky’s exclusion further undermines the credibility of a vote already weakened by claims of campaign violations and fraud-tainted December parliamentary election results that observers said were slanted in favor of Putin’s ruling United Russia party.

The CEC has in the past rejected signatures in support of anti-Kremlin presidential candidates on various grounds.

The victory of Putin’s party of power in the parliamentary elections shook Russia out of its general acceptance of Putin’s policies as hundreds of thousands of people took – and continue to take to – the streets in freezing cold temperatures to voice their opposition to Putin’s policies, first during his presidency and then during his tenure as prime minister.

Under Putin’s hand, television stations and newspapers have been closed, journalists brazenly attacked and murdered, political opponents harassed and jailed, and chunks of industry given to close friends and tamed oligarchs.

Yavlinsky, whose party has lasted through years of marginalization by Putin’s authoritarian rule, will be the key speaker at “Between two elections in Russia: Environment, politics and freedom of speech. Grigory Yavlinsky – The man Putin fears most.’

“I thank Bellona for the invitation to the seminar,” Yavlinsky said Tuesday in an email interview.  “I look forward to the possibility of participating and speaking my own mind in this important discussion in Oslo on the issues on the agenda.”

Yavlinsky will participate with Bellona’s Alexander Nikitin, Pavel Bayev, a research professor at the Peace Research Institute in Oslo, and Alexander Duka, a doctor of political science and sociology at Russia’s prestigious Academy of Sciences at the March 1 seminar.

Trained as an economist, Yavlinsky first emerged as a promising young deputy prime minister in Russia’s first post-Soviet government in 1990, under then President Boris Yeltsin.

In a bold and rare move, Yavlinsky later left the government voluntarily and led his pro-democratic opposition Yabloko party into the Russian parliament, where he spent a decade storming the barricades of Russia’s soft authoritarian rule.

Yavlinsky is the only Russian politician among those aspiring to presidential stature who has explicitly stated he is against the import of spent nuclear fuel and radioactive waste into Russia.

Yavlinsky has also targeted Putin’s system turning a blind eye to some of Russia’s most polluting industries.

And Yavlinsky is also one of a handful of Russian politicians who talks openly about the rule of law and the need to integrate Russia into the global economy.

Booted off the ballot

The Putin camp’s biggest fear of a Yavlinsky presidential bid was that he would siphon votes away from ambivalent voters, causing Putin to fall short of a conclusive victory in the first round of Russian voting. Russian elections can span two rounds should one candidate not capture half the electorate in the first. Yavlinsky also has the experience of two presidential campaigns behind him in 1996 and 2000.

Clearly, he could not be allowed to run.

In January, Yavlinsky was scratched by the CEC from running in the March 4 election, as the commission ruled that over a quarter of the 600,000 signatures randomly selected for verification were allegedly invalid.

Specifically, CEC representatives said that Yavlinsky submitted color copies of sheets with about 130,000 signatures in his support instead of originals. Yabloko representatives argued that this was done in order to expedite their delivery from outlying regions to Moscow.

When the CEC banned him from running, Yavlinsky immediately cried foul, telling reporters the decision was “politically motivated.”

“They aren’t letting me join the race because they don’t want to allow an alternative – political, economic and moral,” he said.

Politics from the courts to the gutters

Yavlinsky vowed to contest the CEC’s rejection of his presidential candidacy in court. Vladimir Milov, an opposition leader, said he would demand Yavlinsky’s registration as a candidate in a rally February 4 – the new Russia’s apparently sole method of making opposition heard.

Another veteran opposition leader, Boris Nemtsov, said politics – not the number of his signatures Yavlinsky submitted – are to blame for the rejection of Yavlinsky’s candidacy.

“[Putin] personally decides who will be running in the election,” said Nemtsov in remarks reported by Newsru.com. “The fewer candidates there are, the greater the chance of winning in the first round.”

On February 8, Russia’s Supreme Court upheld the decision by the CEC not to register Yavlinsky as a presidential candidate, citing the color photocopies of signatures.

Yabloko’s spokesperson said that the ruling was a foregone conclusion. Yavlinsky twittered that day that this was an inevitable outcome, but it was important for him to see it through.

Constituencies left without a voice in the March 1 election

Now that Yavlinsky cannot run for president, said Bellona’s Nikitin, who chairs the Environment and Rights Center Bellona in St. Petersburg, an enormous portion of the electorate will be disenfranchised.

“People who are adherents of democracy, market-based liberal economics, social equality and the rule of law don’t have a candidate in this election,” Nikitin said. “Yavlinsky could have been the candidate for democratically inclined people. If they had not scrubbed him from the ballot, Putin would never have won in the first round, and the second round would have been a real battle.”

“People who today take to the streets [in protest], who live in poverty, who find themselves defenseless in court, who stand up for freedom of speech – they are Yavlinsky’s electorate,” Nikitin added.

The rejection of Yavlinsky’s candidacy has had international resonance.

“This is clearly a politically motivated move designed to ensure Vladimir Putin has an easy ride back into the presidency and shows a blatant disregard of democratic principles and international standards for free and fair elections,” said Liberal Democrat Member of European Parliament Sir Graham Watson.

“It seems that Putin and his cronies have learnt nothing from the protests that have been taking place since last December’s parliamentary elections. This is very worrying and undermines the authority and legitimacy of the future Russian president.”