Environmentalists detention shows the anatomy of an FSB interrogation 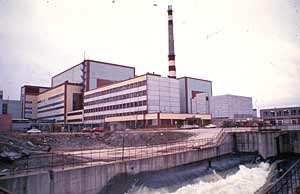 The detention of Andrei Ozharovsky, occurred ironically on May 27th—the Russian national holiday for librarians. It also coincided with the day President Vladimir Putin delivered his fiery State of the Union address, wherein he declared a severe crackdown on Non-Governmental Organizations that receive money from foreign donors. There are two NGOs in the whole of Russia that don not accept foreign funding.

After he was freed, Ozharovsky— who heads the International Discussion Club, a Moscow-based environmental and political NGO— said his literature was returned to him and he distributed it to local libraries and contacted Bellona and other environmental organisations about the incident.

Among the books and magazines Ozharovsky brough to distribute were recent issues of Bellonas Russian-language monthly Environment&Rights magazine, published by Bellona-St.Petersburg and copies of Bellonas Arctic Nuclear Challenge report. Additionally, he distributed The Main Problems and Current Condition of Safety at Nuclear Fuel Enterprises by Vladimir Kuznetsov of the Russian Green Cross environmental NGO, How much does nuclear electricity cost by Greenpeace-Russia Vladimir Chuprov.

Finally, he had with him Russian-language translations of three classics of international environmental thought—Defending Animal Rights by Tom Reagan, The Abstract Wild by Jack Turner, and Andrew Linseys Animal Theology.

After his release, Ozharovsky called Bellonas St Petersburg office—the Environmental Right Center Bellona, or ERC—where he had been some days prior to his Polyarny Zori visit to collect environmental literature. In a subsequent interview with Bellona Web, he said the police and interrogators from the Federal Security Service, or FSB—the KGBs successor organization— released him, saying the matter was closed. But according to Ozharovksy, the incident is far from closed.

Bizarre circumstances lead to police custody
Indeed, the circumstances surrounding his detention by the police were odd. by his own account, Ozharovsky did not stand out among the citys 17,000 inhabitants—3,100 of which work at the Kola NPP—aside from the fact that he was carrying a large duffle containing the literature he planned to distribute. He required no special permission to visit the city, so documentation trouble had nothing to do with his trouble.

In general, the cities in which Russias nuclear power plants are located have a semi-closed status, much like the closed city system where Soviet nuclear weapons were made. But Polyarny Zory, located several kilometers from the Kola NPP, requires no such permits. In his interview with Bellona Ozharovsky traced his contact and subsequent escort under armed guard to the local police station to a verbal exchange he had with a teenage boy on the street.

While walking from the train station to the local library and asking directions along the way, Ozharovsky said he was approached by a boy between 12- and 15-years old, who asked him a question that could only have been answered by a native of the city. 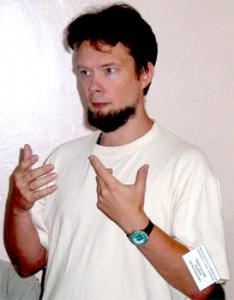 Of special interest to the agents were the origin of the photos of the Kola NPP that appear in the Arctic Nuclear Challenge report, said Ozharovsky. He said they were especially keen on a photo showing children swimming and playing in reactor cooling water for the Kola NPP. The agent protested that such an occurrence would be impossible.

Can you imagine—FSB officers spent three hours not catching spies or terrorists to look at pictures in the report, said Ozharovsky.

At one point during the conversation, the FSB agents asked Ozharovsky why he had such evidently strong opinions against the FSB. He mentioned the constant threats from the government about rooting organizations that receive western funding as spy fronts, when the Russian government, at the same time, receives a tidy sum toward security funding at the Kola NPP from. Furthermore, foreign aid from western countries for Minatom in 2002 added up to more than 30 billion roubles ($1 billion).

Before the agents let him go, said Ozharovsky, they took special interest in a brochure published by a Polyarny Zori NGO called Nature and Youth which details problems at the Kola NPP.

I gave it to them as a keepsake. I think other environmental organizations could send their publications to the Polyarny Zori branch of the FSB said Ozharovsky. It would be very useful. Judging by the three-hour conversation I had with them, those in the FSB have rather superficial ideas about the problems of nuclear energy—but they really do have an interest in this topic.

During its interview with the Polyarny Zori FSB, Bellona Web promised that ERC would send issues of Environment and Rights magazine and copies of the Arctic Nuclear Challenge report to agents there..

ERC will also send nuclear and environmental literature to local law enforcement agencies in St. Petersburg. It is apparent that such publications are, for such agencies, something alien and the stuff of terrorist plots. Such a notion was summed up by Igor Kostenko, the chief of the criminal division of the Murmansk Regional Police, who commented on Ozharovksys detention in an interview with Komsomloskaya Pravda-Murmansk.

We are conducting anti-terrorist measures, said Kostenko, according to the paper. Its understood that a non-local person near the Kola NPP with special literature containing descriptions of the plants construction caught our interest. No one has stopped the threat of terrorism. It was necessary to find out why this person needed this literature and for what purpose he came here.

Is the incident really closed?
As soon as he was released, Andrei called his colleague Vladimir Slivyak, co-chairman of Ecodefence (ecodefence.ru) and informed him of the incident.

Openness is the real weapon of the honest man, said Ozharovsky. He advised other activists who found themselves in similar situations to call an appropriate NGO or the media.

Otherwise, it is unknown how the power structures will spin your detention, he said.

Ozharovsky considers the matter far from closed, as the Polyarny Zori branch of the FSB does. He said that Polyarny Zori is an open city insofar as you are not critical of the nuclear industry.

As Ozharovsky was leaving town, he said, he was wondering why the delivery of open literature drew such interest from the local police and FSB.

My thoughts were interrupted by a maddening picture—the building next to the train station was cover with swastikas, big, black ones, he said.

Nearby, a police officer in uniform was strolling past. It evidently didnt catch his eye at all. I recalled the books burned by the fascists, who are the peers of whoever put up the graphitti next to the station. To be honest, I pitied those police and FSB agents who so actively pursue ecologists, but who couldnt care less about fascist propaganda and xenophobia—as if the reign of xenophobia in a nuclear city is a normal human condition.