ST. PETERSBURG—British Petroleum claims that Russia has oil reserves of 60 billion barrels. This very modest figure gives rise to the thought that it was no coincidence that a law declaring Russia’s oil reserves to be a state secret came into force in February 2004.

Published on May 6, 2004 by Alexander Sutyagin 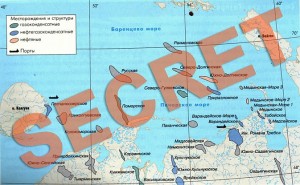 Russia’s real oil and gas reserves have not proved to be as vast as the Russian political elite’s fevered imagination would have had it. Given Russias current export rates for oil resources, the country could well become an oil importer in the foreseeable future.

It was apparently for this reason that on November 11th 2003, President Vladimir Putin approved a change—encoded in special Federal Law No. 153—to Article 5 of the Federal Law On State Secrets. The change added the quantity and volume of reserves, methods, locations and amounts of extraction, production and consumption of Russia’s strategically valuable fossil-fuels to the list of state secrets.


The list of natural resources that were classified was spelled out in the Russian Government’s Special Decree No. 210 of April 2d 2002, which included “information on the balance of subsurface reserves of oil and gas dissolved in oil.”


It is however possible that the explanation is much simpler, and that because nobody can ever be entirely sure of anything in Russia—especially in such a dense field as geology—it was decided to classify reserve volumes of oil in order to avoid the headache of measuring them precisely. End of story.


Federal Law No. 153 came into force three months after it was officially published, that is, in February 2004.


It follows that any official—be it a former or current head of the Ministry of Natural Resources, the Ministry of Industrial and Energy, the Prime Minister or even the President himself—who, with full knowledge of Federal Law No. 153, has given an account publicly or in print of the country’s oil reserves should be brought to justice with a vengeance.


We can only hope that the Federal Security Service, or FSB, reports back to society on the responsibility borne before the law by the above-listed officials.


According to the news agency Media-Press, a report citing BP that appeared on the web site RusEnergy on April 19th 2004, Russia has confirmed oil reserves of 60 billion barrels, and that it is extracting 7,698,000 barrels per day as of June 2003 with a consumption of 2,469,000 barrels. For the purposes of comparison, according to the SHANA agency, Iran has proven reserves of 130 billion barrels, an extraction of 3,729,000 barrels per day with a consumption of 1,350,000 barrels.


This comparison is extremely depressing for the Kremlin’s ‘dreamers’—who therefore do indeed have something to hide.


It is telling that the amendment to the Law On State Secrets mentions not just reserves, but also hydrocarbon extraction, production and transport volumes, while the list of state secrets includes only reserves. If the expanded list had been adopted, it would have been possible to imprison not only the whole of the government along with the analysts of all shades that surround it, but any Russian who has heard the government recite its figures.


According to an April 4th report on the Russian news web site Gazeta.ru, entitled “Competition for State Secrets,” by Igor Ivanov, the editor of the sites Russian Focus section, the Government is looking at similar plans for the further classification in the oil sector. The new head of the Natural Resources Ministry, Yury Trutnev, has already refused to accredit any foreign journalists to the ministry.


Meanwhile, the shareholders of oil giant Sibneft have proposed to amend the oil company’s regulations so that the company’s co-owners cannot have access to information classified as a state secret. Above all, the proposition affects the company’s foreign management and owners, and fits in well with the increasing themes of secrecy, adjusting the investment regime, the exclusion of foreigners from the oil sector, and Russia’s boomerang transformation back into a bogeyman of aggression, opacity and corruption.


Also worthy of consideration is that, according to Article 7 of the Law on State Secrets, classified information and state secrets do not include information on emergency incidents; natural disasters; the state of the country’s ecology; threats to the population’s security and health, or breaches of the law by federal bodies and their respective heads. Above all, it is the activity of functionaries which is punishable by law under this sort of classification.


While the General Prosecutor has been dealing with law-abiding functionaries, the Moscow City Court managed to sentence researcher Igor Sutyagin to fifteen years in prison. My namesake had no access to classified information, and consequently had no idea about what constituted state secrets. After all, at the end of the 1990s the list itself was a state secret.


Alexander Sutyagin, Monitoring BTS/Bellona St. Petersburg. He can be reached at greenalex99@mail.ru.