ST. PETERSBURG—The Moscow City court sentenced Russian weapons specialist Igor Sutyagin to 15 years in jail for spying for the United States—the latest in a series of controversial espionage trials under President Vladimir Putin that have caught the attention of ecological and human rights groups throughout the world, as well the US government. 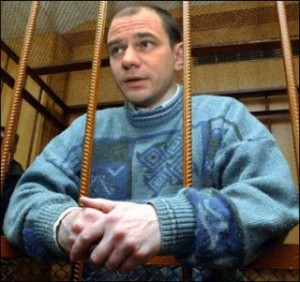 The verdict, which came Monday—after an 11-day closed trial—and the harsh sentence delivered at Wednesdays sentence hearing have served as bone-chilling reminder to Russian scientist, researchers, environmentalists and international human rights groups that the power of Russias Soviet-style secret services are on an upsurge with ex- KGB Colonel President Vladimir Putin—and an obsequiously pro-Putin State Duma—at the helm.

The US State Department questioned the fairness of Sutyagin’s closed trial, criticizing it for its "lack of transparency and due process."

"The way it was handled has to raise questions about the conclusions of the case," deputy State Department spokesman Adam Ereli said in a statement after a jury convicted Sutyagin on Monday.

Boris Kuznetsov, one of Sutyagins lawyers, quickly fingered the Russian government as having planted emissaries among the jurors, and said that they worked throughout deliberations to influence the outcome against Sutyagin.

I have such information, said Kuznetsov with the Russian news web site Strana.ru after the sentencing. I got a phone call from a person who introduced himself as one of the jurors and he said that among them were two informal leaders that were pressuring the other jurors.

Kuznetsov, however, was quick to point out that he could not be sure if these two men represented Russias secrect services or if they were just people who were talked into assisting the governments case. He said he planned to thoroughly review the list of jurors on the case in the coming days for possible connections between jurors and the Russian secret services. 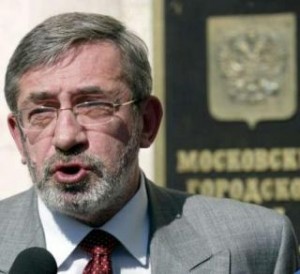 I am very disappointed that it all came to this, he told Bellona Web in telephone interview Wednesday. They dragged out the case for such a long time that to count on an exoneration was impossible. especially after the exoneration of Danilov. I dont think that the court was objective.

Pasko added his voice to the many who insist that jury selection was manipulated by the FSB.

I wont believe for anything that people chosen at random by a computer unanimously found a person guilty just because the FSB said the documents composed by Sutyagin were secret, he said. Then eight of these 12 people didnt find cause for leniency in the sentencing portion of the trial.

Maria Lipman of the Moscow office of the Carnegie Endowment for International Peace, and editor of the Russian quarterly Pro et Contra, was, like other human rights activists, amazed by the length of the sentence and its disproportion to the alleged crime in a phone interview with Bellona Web.

Todays sentence was a surprise because all previous events with accusations of espionage ended either with exoneration, or a softer sentence—and that despite the fact that the FSB was demanding the maximum sentence, said Lipman, who is also a frequent contributor to such respected western publications as The Washington Post newspaper and The New Yorker magazine.

One wants to believe that this is not a turn in state policy, but a personal agreement of the judge with certain agencies.

Indeed, agreements between courts and security services would not represent a turn in state policy at all. It would be a reminder that Russian justice is still conducted behind closed doors where prosecutors target individuals and do everything possible to get them convicted. Even jury trails—Russias most hopeful step toward normalizing its legal system in many years—remain subject to the backroom agreement.