FSB vents its rage on Igor Sutyagin with a guilty verdict

ST. PETERSBURG—A Russian jury on Monday found arms control researcher Igor Sutyagin guilty of treason for passing secrets to the United States, sending a chill through the Russian scientific community and confirming fears of a resurgence of Soviet-era KGB tactics. 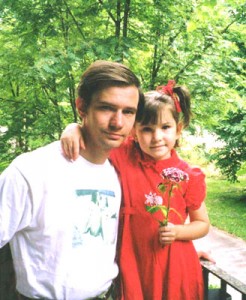 The unanimous verdict of guilt—which human rights groups world-wide have decried as part of a witch hunt by ex-KGB Colonel and President Vladimir Putins re-emerging secret services— came after three hours of deliberation by the 12-member jury. Some human rights activists in Russia have even accused the prosecution of stacking the jury with FSB agents in order to assure a conviction.

Sutyagin, a scholar at Moscow’s respected USA and Canada Institute, was jailed in October 1999 on charges that he had sold nuclear submarine and missle warning systems information to a British company that Russias Federal Security Service, or FSB, investigators claim was a United States Central Intelligence Agency cover organization.

Sutyagins case is one of many high-profile spy cases against Russian researchers. Sutyagin denies that he is guilty and has maintained the analyses he wrote for the British firm were based on open sources, and that he had no reason to believe the British company was an intelligence cover. The conviction carried with it a 10 to 20 year sentence. A spokesman at Russias Prosecutor Generals office told Bellona Web that prosecutors will aim for 17 years at the sentencing hearing.

That sentencing hearing is widely reported as being scheduled for Wednesday April 14th, though the Russian news site Grani.ru, said it may come as soon as Wednesday April 7th.The spokesman for the Prosecutor General, who asked his name not be used said only that the sentence would be passed soon.

Officials contacted by Bellona Web at the Moscow City Court refused to comment on the case.

Human rights advocates say the Federal Security Service, or FSB, the KGB’s main successor, is deeply suspicious of Russian scientists’ contacts with foreigners. They say that its agents have been emboldened by the rise of Putin, who was also once the director of the FSB, to the presidency and his easy landslide victory into his second term last Month.

In only a few instances have courts challenged such cases as Sutyagins. In December, a jury acquitted Valentin Danilov, a professor at Krasnoyarsk Technical University in Siberia, who had been charged with selling classified information on space technology to China and misappropriating university funds.

A court had been expected to deliver a verdict in the Sutyagin case in 2001, but instead instructed prosecutors to continue investigating and left Sutyagin in jail. Russian courts, including the Supreme Court, had repeatedly denied his request to await trial out of jail.

Was the jury manipulated by the judge?
Sutyagin’s lawyer Boris Kuznetsov was quick to decry the verdict, charging that Moscow City Court Judge Marina Komarova unfairly swayed the jury of nine men and three women. "I believe the judge has manipulated the jury," the visibly upset lawyer told reporters outside the courtroom, The Moscow Times reported.

The judge manipulated the trial—she didnt let to the defense present its proof and the conclusions of independent experts, he said in a telephone interview with Bellona Web. The questions to the jury were worded monstrously.

In January, four international human rights groups said that Sutyagin was "the target of politically motivated treason charges" and urged the Parliamentary Assembly of the Council of Europe to appoint a rapporteur on his case.

"Sutyagin’s case is part of a pattern of arbitrary prosecutions of independent scientists, journalists and environmentalists in Russia who work on sensitive topics," the four groups—including Amnesty International and Human Rights Watch—said.

There are suspicions that the 12 members of jury were specially chosen by FSB—its difficult to prove that, but such unanimity is very dubious, said Cherny.

Judge has convicted other high-profile espionage defendants
Judge Komarova presided over the convictions of former Russian diplomat Valentin Moiseyev and former KGB General Oleg Kalugin, who both were charged with espionage.

Komarova—who is banned by law from commenting on ongoing trials—made no public comments Monday and would not take calls from Bellona Web on Tuesday. The prosecution team and the jurors left the courtroom without comment, the Moscow Times reported.

Every newspaper in Russia as guilty as Sutyagin
In his closing remarks Monday, Sutyagin maintained his innocence and reiterated that he had relied on open sources in his work, saying that the logic of the accusation against him makes a criminal of every newspaper reader who simply analyzes and compares information.

"Sutyagin is not denying the fact of the transfer of information, but is asserting that he collected it from open sources and it could not be classified as a state secret," Kuznetsov said.

Arrest, charges and mounting irregularities
While working for the Moscow-based USA and Canada Institute, Sutyagin was arrested by FSB agents in Kaluga in October 1999 and was charged with selling information on nuclear submarines and missile warning systems to British company that prosecutors claim was a front organization for the CIA. Sutyagin has said repeatedly that he did not have any reason to believe the British company was an intelligence cover.

Sutyagins trial initially began in the Kaluga regional court in February of 2001, two years after his arrest. The trial proceeding in fits and starts, and was delayed several times. During the hearings, several violations of procedure were evident. In December 2001, the court declared the case against Sutyagin groundless, and sent the case back for further investigation. Sutyagin, meanwhile, remained in jail.

Sutyagin’s lawyers got the case transferred to the Moscow City Court last year, and the court agreed to their request for a jury trial in October. The new trial—closed because of secrecy concerns about involved documents—began in November of 2003. It was, nonetheless, one of the first jury trials in Russia since the judiciary began experimenting with the right jury trials, which is guaranteed by the Russian constitution but routinely ignored until recently.

In February of 2004, Judge Pyotor Shtunder withdrew himself from the case without giving any reason and was replaced by Komarova. The original jury, chosen in November 2003, was also dismissed and a new one selected under Komarova.

In January, leading human rights organizations appealed to the Parliamentary Assembly of the Council of Europe, saying Sutyagin was the target of a politically driven spy case.

In addition to Sutyagin, other scholars have been accused by the FSB of supplying state secrets to foreigners. Among them is physicist Danilov, who was acquitted by a Krasnoyarsk jury in December on charges of spying for China while working on a commercial contract.

Another scholar, Professor Vladimir Shurov was convicted of espionage by the Primorsky regional court for allegedly passing Russian state secrets to China. He was given a two year suspended sentence and amnestied, but the conviction nonetheless stands.

The measure by which the FSB is so suspicious of Russian scientists contact with foreigners can perhaps be judged the apparent system of rewards it has established for those who root out such contacts. On April 1st, Kalugas regional FSB director, Valery Loginov—who was the initiator and driving force behind the Sutyagin case—became the regions vice-governor.