ST. PETERSBURGEnding a year long match of jurisdictional ping-pong, the Russias Supreme Court has handed down a decision establishing that a complaint filed by St. Petersburgs Environment and Rights Center, Bellona against the Russian Navys Commander will have to be considered in the Presnya District Court in Moscow.

Published on January 7, 2004 by Rashid Alimov 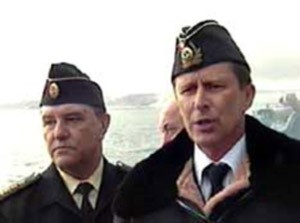 The high courts decision, said observers, puts to rest the seemingly absurd and endless game of hot potato as Moscows Presnya District Court and Moscows city court batted the ecologists complaint between them, claiming they did not have jurisdiction to review it.

More than a year ago, ERC Bellona filed a complaint with the Presnya District courtwhich has jurisdiction over cases concerning the Ministry of Defenceregarding the Chief Command of the Russian Navy to de-classify socially significant information about accidents aboard Soviet Era nuclear submarines.

The District Court refused to review the complaint, writing in its written rejection that this case, which concerns government secrets, must be considered by the Moscow City Court. In its turn, the Moscow City Court stated on August 28th 2003 that the ERC Bellonas declaration, by law, does not fall under the jurisdiction of a court of a city of federal significance. The decision further read that the complaint should be handed over to the Presnya District Court, tying the legal knot.

But with the Supreme Courts December 25th decision, the knot has been untied.

The Supreme Court has now admitted the correctness of our original position. Our complaint must be reviewed by the District Court because the information used by Bellona, in accordance with the legislation of the Russian Federation, bears no relation to state secrets.

ERC Bellona will now file a so-called supervisory complaint with the presidium of the Moscow City Court on the decision of the District Court, the argumentation of which will be founded on the determination of Supreme Court.

The Defence Ministrywhich is a legal party to this casedid not even turn up for the Supreme Court hearing. We are confident that as a result the Moscow City court will hand down a positive decision on our complaint. The Defence Ministry will be obligated to declassify information about the accidents.

Bellona Demand Declassification
The round of legal volleyball was sparked at the beginning of 2003 when ERC Bellona sent a letter to Russian Defence Minister Sergei Ivanov in which the organization called on the Ministry to make public information about accidents aboard Soviet nuclear submarines that took place between 1961 and 1985an average of about one every two years.

The letter to Ivanov read, in part, that according to information that ERC Bellona has obtained from various open sources, the nuclear reactors of the nuclear submarines tactically numbered K-19, K-387, TK-208, K-279, K-447, K-508, K-209, K-210, K-216, K-316, K-462, K-38, K-37, K-371, and K-367 suffered at various times accidents and technical failures. It is known that as a result of these accidents, people suffered and radioactive emissions in the environment were registered. Despite this, the full results of these emergencies remain to this time concealed from the public.

These subs, which are laid up at Russian Northern Fleet bases, have been retired and await full dismantlementmany with their spent nuclear fuel still onboard. Others, like the infamous K-19, have been de-fuelled and are slated for destruction. Still others have been fully destroyedmostly with US threat reduction fundingand their spent nuclear fuel has been sent to the Mayak Chemical Combine in the Southern Urals for reprocessing. Yet others wait rustingin some cases barely afloatat Russian Navy ports for full destruction.

The precariousness of this situation was underscored last August when the K-159a derelict retried submarine that had been sitting in retirement for years at the Gremikha Naval Base on the Kola Penisulasank while being towed to dismantlement at the Polyarny shipyard. The vessel sank in heavy weather after its tow cable snapped, killing all nine of the 10 crewmen aboard.

Renowned environmentalist and ERC Bellona chairman, Alexander Nikitin, said in a recent interview that we have asked Defence Minister Ivanov to declassify the data about the radiation accidents in strict accordance with Russian legislation.

The Navys answer
Bellonas lawyers said in their letter to Defence Minister Ivanov, which was later answered by the navys Kuroyedov, that information about accidents on Soviet-era submarines cannot be classified under Article 7 of the law On State Secrets. The law directly forbids classification of any information pertaining to civil emergencies and catastrophes that threaten the safety and health of the population; to natural disasters and official forecasts about disasters and their prospective consequences, as well as information about ecological conditions

The classification of such information is also in direct violation of the Russian Constitution, Bellonas lawyers say. 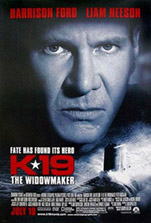 Kuroyedovs curt replyrunning only eight lines of textin which he denied knowledge of open information sources about the accidents aboard the enumerated submarines, admitted to only one calamity, the K-19, which would have been pointless to deny given its slickly produced Hollywood-borne fame. The script of K-19: The Widowmaker was largely hyped and dramatised, according to the K-19 survivors, who were treated to a pre-screening in St. Petersburg in 2002. But they did say that the depiction of the reactor accidenta cooling system failure that nearly led to a nuclear explosionwas accurate.

But even after that information was made public in a box-office blockbuster starring Harrison Ford and Liam Neeson, Kuryedov, in his response, refused to offer any more information about the K-19s accident, writing that this accident is officially known to all concerned parties.

Bellona Lawyers determined that the refusal to grant the information, in and of itself, was illegal and began launching its series of complaints in the Moscow courts.

On November 26th, Bellona published for the first time anywhere a transcript of a 1986 Politburo meeting, presided over by Mikhail Gorbachyov, in which the Communist party upper brass discussed how to deal with the sinking of the K219, a Russian nuclear sub that had gone down in the Sargasso Sea.

We obtained a copy of this document from the American NGO US National Security Archives. They had made a copy of it during the beginning of the 1990s, when Russian archives were open, said Pavlov. Today, the archives are again, inn fact, closed,, despite the fact that such documents cannot be made secret, and are of social significance.

The transcript captures a meandering yet revealing glimpse into how the upper echelons of Soviet power handled nuclear catastrophes that posed an international threat. The approach was not unlike the one that followed the sinking during a training exercise of the Kursk in 2000 that was characterised at first by governmental silence, then overwhelming paranoia about offers of internationalparticularly Americanaide to help raise the stricken vessel, which during the Kremlins deliberations, still had survivors on board.

The Russians, in fact, blamed the United States, who were monitoring the exercise with their own subs, and said an under water collision with an American sub was the cause of the sinking. It was later revealed that two explosions in the Kursks torpedo section had caused the disaster.

By the time international aide was accepted by Russia, and Norwegian divers succeeded in a matter of hours in opening escape hatches that the Russian crews could not open in a week, it was too late.