ST. PETERSBURGThe Moscow City Court has upheld the ruling of a lower district court which last month denied the appeal of prominent environmental journalist and whistleblower Grigory Pasko to have his international passport reinstated.

Published on August 20, 2003 by Alexander Alexeyev 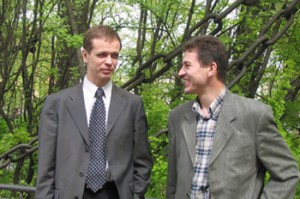 At last months hearing, Moscows Lyublino District Court upheld the decision of the police-controlled Department of Visas and Registration, or OVIR, in Moscows Southeast Administrative District to reject Paskos request for an international passport.

Colonel Vladimir Zubchenko, the head of district OVIR No. 3 said his office had based its protracted decision to reject Paskos application—which was under review for more than twice the legal period of one month—on internal OVIR instructions.

According to Zubchenko, this internal instruction, issued in 1998, banned providing international passports to people released on parole because parole does not represent a full release from punishment, meaning a person released on parole is restricted from travelling abroad.

Paskos supporters say this instruction, which does not have the force of law, was simply cooked up in 1998 by the OVIR, which is an organisation known for creating hassles.

But Pavlov claims that human rights can only be limited by law, not by arbitrary instructions issued by bureaucrats. In the interview with Bellona Webs Alexander Alexeyev, Paskos lawyer comments on yet another hardship in the journalists life that has transpired into the passport case.

Q. As we know, a similar situation once arose when environmentalist Alexander Nikitin, who had been fully acquitted of treason charges, was unable to receive his international passport. But the mere fact that his defence team lodged a complaint with the courts at that time secured Nikitin his passport. Why have things turned out to be so difficult this time?

A. Since then, a lot has changed. I think at that time the authorities could be convinced by legal arguments. But now legal arguments have become less important, and political expediency was brought to the forefront.

Q. OVIR referred in its decision to an instruction signed by the head of one of Moscow’s police precincts. Does this mean that had Pasko applied for the international passport somewhere else, in St. Petersburg, for example, there would have been no problems? Bellona Web has asked several travel agencies in St. Petersburg if a person released on parole can get an international passport. They said that there could be no obstacles.

A. Yes, there are no obstacles for an ordinary citizen either in St. Petersburg or in any other Russian city [to secure an international passport]. I have made inquiries in one of the OVIR departments in St. Petersburg, and was also told that a person released on parole would have no problem with OVIR if he or she wanted to go abroad. I dare say there would be no problems in Moscow, had the passport application been sent by any other person but Pasko. I am sure that the instruction handed down by some functionary of the Moscow police is used by OVIR departments very selectively.

Q. The head of OVIR No.3 insists that release on parole isnt a full release from punishment. It seems that the Lyublino District Court and Moscow City Court agree with him: Paskos claim has not been satisfied. What does Russian legislation say?

A. The law On Exit from the Russian Federation and Entry to the Russian Federation [On Exit and Entry] does not allow for ambiguous readings. According to Article 13.4, a person can be limited in their right to leave the country if they have not served out their punishment or before they have been released from punishment. So all the OVIR, Lyublino Court and Moscow City Court had to do was answer the question: had Pasko been released from punishment or not? Instead, they started theorising about whether release on parole is a full release or not. The law does not contain such terms as a full release or not full release. Release on parole is one of the types of release from punishment. The Criminal Code stipulates the same.

Furthermore, when introducing any limitation to human rights, a lawmaker must show that it has some useful aim for society. If there is any room for interpretation of such a legal norm, the court as an executor of the law should consider for what end this norm is intended. The law On Exit and Entry limits the rights of a person only to such an end as to ensure the fulfilment of the punishment.

When the court releases a person from punishment, it admits that the goal of the punishment has been reached, and the citizen is no longer considered dangerous for society. When releasing someone from the punishment, the court may impose limitations on some of the individuals rights, for example, by forbidding them to change their place of residence or to leave the country. But when releasing Pasko, the court did not limit his rights in any way, so just like any other Russian citizen, Pasko should now be free to travel abroad.

Q. Could it be that OVIR and the Lyublino court are simply trying to protect the journalist from the corroding influence of the West?

A. As ridiculous as it sounds, that may well be the case. See for yourself: In his right to travel, Pasko is currently only barred from leaving the country. Why? Have a look at our history. Restrictions on peoples rights to travel abroad were for a long time imposed in our country for political and ideological, rather than legal, reasons. Leaving the country was not the right of its citizens, but rather it was the right of the state to permit or forbid it. Travelling abroad was seen as a sort of a commendation for a person who has proven to be a true soldier of the Communist Party and the like

Those who have been convicted were not allowed to travel abroad at all as politically and ideologically unreliable. They were considered particularly susceptible to falling under the negative influence of the bourgeois lifestyle and the depraved temptations of decaying imperialism. In my opinion, it is exactly this obsolete approach that has prevailed in Paskos case over the principles of defending human rights.

As for the purpose of reforming the convict, which, according to the Lyublino court, can only be achieved on the territory of the Russian Federation, I would beg to differ here.

Article 9 of the Criminal Executive Code lists the principal means of a convicts reform process. First of all, it is the punishment itself, as dictated by the court. In Paskos position, this phase is already behind us. Secondly, it is community service—but service for the well-being of society is precisely what he was going abroad for. Yet another means is acquiring a general education degree. But Pasko has earned several degrees of higher education! Then, there are professional internships. But Pasko was invited to Norway for none other than a short-term internship as a publication editor. Finally, another means of reform would be society guiding the convicts assimilation. But nowhere in the Russian legislation—except in the interpretation by the Lyublino court—does it say that reform by society has to happen only on the territory of the Russian Federation.

Q. What would you comment on the prospects of the case? What is your next step?

A. We will keep working. We are preparing a complaint to the Presidium of the Moscow City Court, and if dont find any common language there, we will lodge a complaint with the Supreme Court. Moreover, by now we have all the grounds necessary to address the European Human Rights Court. That complaint will be ready soon, too.

I think this case concerns not only Grigory Paskos rights and interests. The result of the case could become a precedent that would concern all Russian citizens who have been denied their right to travel abroad because they were released from prison on parole. We must not leave human rights abuses unnoticed. Fighting them is the only way to build a law-based state in Russia, and, even more importantly, it is the only way to help Russian citizens learn how to live in a law-based state, and how to respect their rights and the rights of their fellow citizens.