– The European Convention does not fit here

The Pasko case is not only a case that concerns the destiny of Grigory Pasko. It is also a case that regards whether the international treaties ratified by Russia shall apply in the Russian Far East or not.

Published on September 7, 2001 by Jon Gauslaa 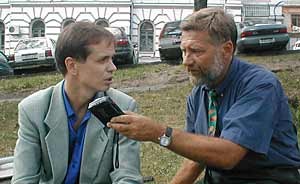 On September 6, the Pacific Fleet Court touched upon the question whether Japanese NHK journalist Takao Dzun would show up in Court or not, and on how it would deal with the written records of FSBs interrogation of him if he does not appear.


No show from Takao Dzun?

Dzun was only interrogated by the FSB once, just after Paskos arrest in November 1997. Although he did not say anything that could justify launching espionage charges against Pasko, the charges are to a considerable degree based on what Dzun apparently said at the interrogation. Since several of the other witnesses that have been interrogated by the Pacific Fleet Court these days say that the FSB has twisted their previous testimonies, it would have been important for Paskos defense to cross-examine the Japanese. The Court has summoned him, but since he currently stays in Japan it would be a surprise if he shows up.


When the question was brought up in Court, Paskos defender Ivan Pavlov said that if Dzun does not show up, it would violate the European Convention on Human Rights to read the records of his police interrogation in Court and use these as evidence. Pavlov referred to Article 6 (3) d of the Convention and the jurisprudence of the European Court of Human Rights. The European Court has in several cases, e.g. the Unterpertinger v. Austria case from 1986, ruled that it is a violation of the Convention to base convictions on testimonies from witnesses that have not been cross-examined by the defense. 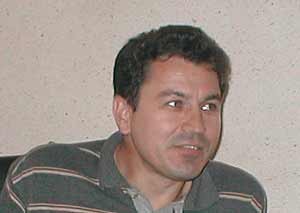 – Vladivostok is a part of the Federation

Pavlovs reasoning made prosecutor Aleksandr Kondakov break out: – The European Convention does not fit here. As most of his other evidence seems to fall to pieces and Dzun’s testimony might be the prosecution’s last straw, his position may be understandable. It is however a fact that Russia ratified the European Convention on Human Rights on May 5, 1998. Moreover, Article 15 (4) of the Russian Constitution states that if internal Russian legislation collides with a rule of international treaties ratified by the Russian Federation, the rule of the treaty shall apply.


– Although Vladivostok is a remote place, it is still a part of the Federation, said Ivan Pavlov. All other Russian legal acts apply here, and so should our Constitution and the European Convention. I hope that the Court will acknowledge this, even if the prosecutor seems not to.

Journalist Grigory Pasko was arrested by the Russian Security Police on November 21, 1997 and accused with espionage for the Japanese TV-company NHK. He was acquitted by the Pacific Fleet Court on July 20, 1999, but was in stead convicted for ‘abuse of official authority’ – a crime that he was not accused with. The Military Supreme Court cancelled the verdict on November 21, 2000, and sent the case to a re-trial at the Pacific Fleet Court. The re-trial started on July 11, 2001.