FSB-investigator to Court in handcuffs?

As the proceedings in the Pacific Fleet courthouse continues, more of the Kafkaesque nature of the process against Grigory Pasko is being revealed. The Court is however ready to question the methods of the FSB-investigators.

Published on September 8, 2001 by Jon Gauslaa 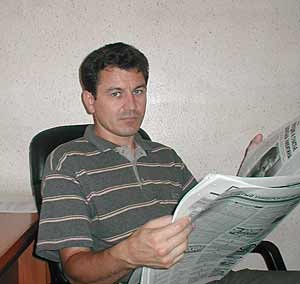 Among the witnesses interrogated by the Pacific Fleet Court last week were Officer Mizyulchenko, head of the missile department of the Pacific Fleets headquarters. - Mr. Mizyulchenko was interrogated about the questionnaire Pasko had used while interviewing various navy officers, told defender Anatoly Pyshkin. The experts of the 8th Department of the General Staff have previously concluded that if concrete and detailed answers are given to the questions brought up in the questionnaire, state secrets could be released.


The main legislative basis for this conclusion is the secret Decree No. 055 issued by the Russian Ministry of Defence in August 1996.

– Kafka would have been proud


Nevertheless, Pasko is charged with having collected state secrets with the purpose of a subsequent transfer to Japan, only for having brought the questionnaire with him to the interviews.  This is just one of the many episodes in this case that would have made Kafka proud if he had thought of them, commented Aleksandr Tkachenko of the Russian Pen Club.


When being interrogated by the Pacific Fleet Court, Mizyulchenko told that the conversation he had had with Pasko when the latter brought the questionnaire had been of general character. They had not touched any technical details regarding the rockets and missiles on the base. Besides, the questions are no longer actual after the enforcement of the Start-II treaty, said the officer. All the data about missile decommissioning is presented to the USA, whose representatives also visit the base regularly. 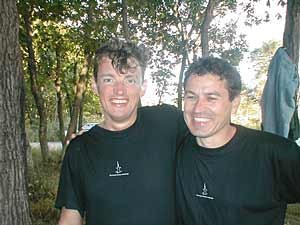 FSB-investigator to Court in handcuffs?

Among the witnesses that were summoned for interrogation in Court last week were also former FSB investigator Izotov who took part in the search of Paskos flat on November 20, 1997. Mr. Izotov did however, not show up.


The Court then issued an order to the police to bring the witness to Court on September 10, if necessary by force. Whether the police will have to use handcuffs to carry out the said operation remains to be seen.

According to defender Ivan Pavlov the Court has now interrogated almost 50 of the +60 witnesses that have been summoned. - In addition to the remaining witnesses, we are also waiting for the evaluation from the experts on the question whether there are state secrets or not in the materials that allegedly were confiscated at the search of Paskos flat, he said.


— Then there are also the experts who will evaluate whether the voice on the tapes from the tapping of Paskos telephone actually belongs to him. Although Grigory has confirmed that it is he who is talking, still an expert evaluation has to be carried out according to our Criminal Procedural Code, and recently the experts notified the Court that their conclusions would not be ready before late October, Pavlov said. - The Court has requested the experts to speed up, but at the time being it is not possible to say when the trial is over.

Grigory Pasko was arrested in November 1997 on charges of espionage on behalf of the Japanese TV-station ‘NHK’. He was acquitted of espionage in July 1999, but convicted of abuse of his official authority and freed under a general amnesty. Seeking a full acquittal, Pasko appealed the verdict, but so did the prosecution, insisting he was a spy. The Military Collegium of the Russian Supreme Court cancelled the verdict in November 2000, and sent the case back to Vladivostok for a re-trial. After several postponements, the re-trial started on July 11, 2001