– FSB hides the traces of their crime

As the trial against environmental journalist Grigory Pasko continues at the Pacific Fleet courthouse, more information pops up from the kitchen of the witches.

Published on September 6, 2001 by Jon Gauslaa 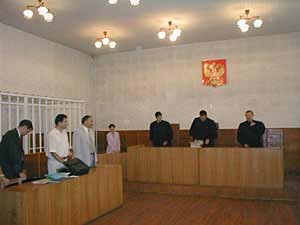 Throughout the current week the Pacific Fleet Court has not only been occupied with witness interrogations and expert evaluations. It has also evaluated various documents, which has been sent to the Court on its request, but not all the requested documents were available.


– FSB hides the traces of their crime

Some of the documents the Court has asked for have disappeared, Ivan Pavlov said after yesterdays court session. Although the documents according to the regulations shall be kept for at least five years, they have apparently been destroyed.  The FSB hides the traces of their crime against Grigory, the attorney said.


Some important documents were however, still available.  They show that Grigory addressed the chiefs of the Pacific Fleet urging them to pay more attention to the problems related to nuclear waste decommissioning and asking for permission to visit the navy bases in order to write an article on the subject, Pavlov said. While one admiral thought that no articles were needed, another issued permission because decommissioning is needed at the fleet.


Later the FSB charged Pasko with having drafted an article on the subject, in which he allegedly had included some state secrets. The draft was confiscated at the illegal search of Paskos flat in November 1997, and the local chekists then made up charges against Pasko, claiming that he had kept this article at his flat for a subsequent transfer to Japan.


 We managed to prove that Pasko was acting in accordance with the regulations, said Pavlov. Grigory worked openly. His articles touched upon actual and acute problems of the fleet. Would he have made several calls asking for permission to write an article on decommissioning of nuclear waste if he really was engaged in espionage and wanted to disclose secret information, asked Pavlov rhetorically. 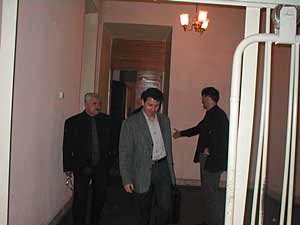 Trial may drag out?

Journalist Grigory Pasko was arrested on November 21, 1997 and charged with espionage in favor of the Japanese TV-channel NHK. At his first trial in July 1999, he was acquitted for espionage, but in stead convicted for abuse of his official authority and released under a general amnesty. After appeals from both sides, the Military Supreme Court cancelled the verdict on November 21, 2000, and sent the case back to the Pacific Fleet Court for a re-trial. The re-trial started in Vladivostok on July 11, 2001.


While it until recently was reason to believe that the trial would be over in early October, the latest buzz around town here in Vladivostok is that the trial may continue well into November, and maybe even longer.