ST. PETERSBURG – Bellona’s conference near St. Petersburg in the town of Pushkin, which drew together over 150 environmentalists, NGO representatives, ecological lawyers, and journalists ended its seminar on a note of hope, with codified plans for further interdisciplinary cooperation to overall improve the effectiveness of the ecological movement in Russia. 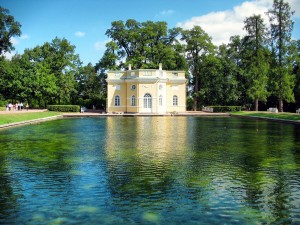 ST. PETERSBURG – Bellona’s conference near St. Petersburg in the town of Pushkin, which drew together over 150 environmentalists, NGO representatives, ecological lawyers, and journalists ended its seminar on a note of hope, with codified plans for further interdisciplinary cooperation to overall improve the effectiveness of the ecological movement in Russia.

Its current state in Russia is under threat, most notably from aggressive government tactics of threats, arbitrary closures of NGOs, the jailing of environmental activists, intimidation of journalists, censorship, legislative strangle holds on NGO activity, and a general attack on anything construed by the current regime as opposition.

The seminar broke out into several thematic sessions devoted to discussions covering topics as varied as the impact of massive projects on the environment – such as the 2014 Sochi Olympic Games; legal assistance in solving local environmental disputes with the government; cooperation between environmentalists and the media; connecting regional activist movements with more centralized efforts; access for citizens to accurate environmental information; how to handle the Russian state’s essentially anti-environmental and commercial driven policies; issues of radiological hazards and compensation for victims of nuclear accidents, and the need to infuse the Russian environmental movement as a whole with young blood. As diverse and daunting as these topics are, the common threat that ran throughout was how to continue efforts to address and prevent the worsening erosion of Russia’s environmental legislation.

For example, the discussion on nuclear energy’s ailments in Russia, and the participation of citizens in taking ecologically significant decisions, the recent suggestion by of a number of Duma deputies to dump the practice of obligatory public hearings. Activists at the conference damned this proposal.

The most negative assessment by those gather, however, was reserved for the “simplified” approach to legislative norms and limits connected to the implementation of  so-called megaprojects, a classic example of which was considered by those gathered as the Sochi Winter Olympics, held in February. The number of such endeavors is multiplying on a yearly basis, and both past and upcoming massive scale projects were noted in ERC Bellona’s yearly report on violations of Russian citizens’ ecological rights, which was presented at the conference. Another area of concern was the fate of the Stolby nature reserve in Siberia, which borders the Krasnoyarsk Region, and where the Winter Universiade World Student Games are planned to take place in 2019, an undertaking, according to the Universiade’s own website, is second only to the Olympic Games.

To facilitate this, the Stolby preserve may soon be demoted to the status of a national park, according to reports in Krasnoyarsk newspapers (in Russian), a deflation of environmental protection status that Russia’s experience in Sochi shows is a slippery slope into massive ecological damage for the sake of a touted one-time sporting event.

Among the suggestions tables by Dmitry Shevchenko, the session’s moderator, was the institution of an All-Russia working group that could summarize Russian best practice relative to its practices regarding industrial waste. Shevchenko is the deputy director of the Environmental Watch on the North Caucasus. The group’s vocal work in documenting the environmental destruction and corruption surrounding the Sochi Games – the world’s most expensive ever – revealed that entire swathes of protected lands along Russia’s Black Sea are now beyond reclamation, thanks to the Kremlin’s blind assault to host the Games.

One of the most important issues discussed toward the conference’s end was access to environmental information and opportunities for the public to take part in making environmentally significant issues. Reports presented on the topic uniformly noted that despite a 2011 proposal to Russia’s president that the country ratify the Aarhus Convention – which safeguards the rights of citizens to participate in just such decisions and have access to legal issues surrounding the decisions – Moscow has still not joined the convention.

Conference participants noted that the issue of joining the convention were still stuck in bureaucratic wrangling, and many suggested a compromise variation that would focus efforts on achieving Russia’s joining of a Protocol registering its emissions and shifting burdens to polluters. Environmentalist further suggested the necessity of publishing data on polluters, volumes of pollution, as well as oil pipeline ruptures on official websites. Dmitry Shevchenko of the Environmental Watch on the North Caucasus. (Source: Alexander Sigayev)

Nikolai Rybakov, ERC Bellona’s director, called on all conference participants to submit their suggestions to the conference’s resolution – that work on the document would continue.

Rybakov also told the attendees that beginning next year the structure of the yearly ERC report will change: The information it contains will be grouped not by region, as is presently the case, but by issues and problems. What questions should receive the most attention will be suggested to Bellona by the participants of the conference.

Alexei Yablokov, one of the conference’s most distinguished participants, and the grandfather of the Russian environmental movement, suggested that the report likewise be distributed to the President’s plenipotentiary on human right.

“The report must contain an element of environmental siege,” said Yablokov. “We must constantly support our comrades who have been forced to leave the country or who have ended up in jail on account of their environmental activism.”

Yablokov also suggested the notion of a blacklist akin to the Magnitsky List that would keep note of those in power who have participated in ecological crimes or persecution of environmentalists. In his closing remarks, Alexander Nikitin, the chairman of ERC Bellona, lamented that conference organizers were not able to accommodate all proposals or to invite all who had wanted to attend.

“But going forward, we will preserve the line of involving young participants [in the conference] so that more young people can participate in our discussions,” he said.

Organization by the Environment and Rights Center Bellona of the Fourth All-Russia Conference of Environmental Activists “Ecology in Russia: The Right to Life,” was made possible by means presidential grants for NGOs (Presidential Decree No 348, signed September 18, 2013) and with the support of grants for the group Civil Dignity.