POZNAN – Now that member nations of the European Union (EU) have reached a concerted standing on Europe’s future renewable energy policy, the first part of the EU’s climate and energy package is hoped to be as good as set in stone. Bellona’s Eivind Hoff says this news is a great Christmas present for Europe. 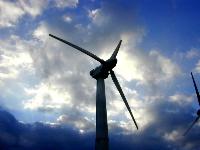 The renewable energy directive, now agreed on informally by European Parliament negotiators and representatives of EU governments, establishes mandatory national targets to boost total renewable energy production in the EU to 20 percent by 2020.

France, which is holding presidency of the Council of the European Union until January next year, has been instrumental in driving forward the intense negotiations that ended on Tuesday, December 9th, in an informal compromise expected to be codified by the European Parliament later this month. The European Parliament informed the public of the agreement in a press release issued the same day.

“All hearts are now filled with joy. The EU has taken a stand to pursue an ambitious policy in renewable energy,” Bellona Europa’s Eivind Hoff told Bellona Web.

He didn’t conceal his contentment as he said: “Now, the first of the four parts of the EU’s climate package is in the bag!”

The renewable energy directive is now headed for a formal approval by the heads of European states and governments at their meeting on December 11th and 12th, after which the European Parliament will vote on the new directive at its session on December 17.

The European Parliament’s press release quoted rapporteur Claude Turmes as saying: “This is a good day for climate and energy security in Europe. With this major legislation renewable energy will be put at the very heart of EU energy policies and at the same time reinvigorate the European economy and jobs through green technology investments.

Since parties to the agreement have had no reservations about declaring the end of several rounds of negotiations that seeing the deal to conclusion has taken, the approval by the Council of Ministers and the vote can be expected to be merely a matter of formality.

”Now this goal has been accepted, and it has been specified in a directive with legally binding force,” said Hoff.

As part of the agreement reached on Tuesday, each member state has now assumed its individual commitments with respect to working toward increased levels of renewable energy production. The negotiations, however, were greatly impeded by Italy, which, having little renewable energy infrastructure of its own, consistently resisted agreeing on a deal.

Italy also made sure that the new system would come up for review in 2014 in the hope that it would then be able to secure itself less stringent obligations.

A compromise on the issue was finally reached when Italy’s demand to establish the 2014 review timeframe was conceded, but the 20-percent target, as was decided, would nonetheless remain in place.

The renewable energy directive contains no specific sanction mechanisms outside those that already exist in the EU legislation. That means countries that fail to comply with its requirements still face the risk of being liable to fines.

Norway gets a kick in the right direction
Even though Norway is not part of the European Union, the renewable energy directive will also be applicable to this country by virtue of the 1994 European Economic Area (EEA) Agreement, to which Norway is a party. For Norway, the adoption of this new policy will mean it will have to increase the share of renewable energy in its energy production by perhaps as much as 15 percent.

Bellona’s head of energy department Ane T. Brunvoll is glad the EU’s initiative has given Norway the much-needed kick in the pants:

“It’s fantastic to be part of the race led now by the EU, but it’s quite a pity that Norway hasn’t had a more ambitious climate policy and come up with such requirements on its own,” Brunvoll said in a recent comment to Bellona Web.

Still, the adoption of the new directive should prove to be a positive turn for Norway, which luckily has a significant potential for developing its renewable energy production.

At a Bellona seminar earlier this year, Brunvoll placed a special emphasis on the prospects of the renewable energy directive serving as that kind of a push that Norway may benefit from to start building its offshore wind power infrastructure.

Bellona’s Hoff agreed. “There will be a great demand for renewable energy in certain EU countries,” he said.