Car makers and oil companies join forces to stop electro-mobility in Europe – are they signing their own death warrant?

The EU Auto Fuel Coalition, comprised of a number of big car and oil companies, has been accused of attempting to undermine the EU’s efforts to foster the deployment of more efficient and electric transport by calling for biofuels to instead be placed at the core of the Union’s activities to bring down emissions. The report’s launch comes out while the EU is planning two new fuel efficiency targets for 2025 and 2030 to help retain global temperature rise below 1.5°C as agreed during at the UN Climate Summit, COP 21 last December. 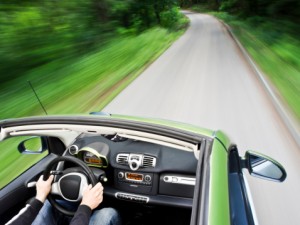 “When big oil and big car gets together to talk about solutions for climate change, it is all reason to be cautious” notes Hallstein Havag, Director of Policy and Research at the Bellona Foundation in reaction to the newly published report entitled ‘Integrated Fuels and Vehicles – Roadmap to 2030+’.

The report, commissioned by automakers and oil companies represented in the EU Auto Fuel Coalition, namely BMW, Daimler, Honda, NEOT/St1, Neste, OMV, Shell, Toyota and Volkswagen, suggests that the wider use of biofuels, coupled with CO2 car labelling and an expanded and reformed EU Emissions Trading Scheme were the way forward in terms of decarbonising transport and achieving the EU’s climate targets.

“This report clearly shows that the traditional car and oil industry should not dictate the roadmaps for decarbonisation. The paper conveniently avoids key facts like traditional combustion engine costs increasing as ever stricter demands on fuel efficiency come in to place, battery costs decreasing even more dramatically than predicted, and that the entire energy sector needs to decarbonise on the road to 2030 and onwards” continues Havag.

The report bases its recommendations on false assumptions of slow developments in electric vehicle uptake as well as the roll-out of its recharging network.

While it is true that attaining a driving range of roughly 400-500km is key to enabling seamless inter-urban mobility and rendering EVs a viable alternative to fossil combustion engine cars, numerous studies have predicted that the cost of lithium-ion batteries will continue to decrease significantly over the next decade. Element Energy, for instance, finds that their packaging costs can be reduced up to 70% by 2030, to approximately €203/kWh from the current €661/kWh. The IEA, on the other hand, predicts that by 2020, EV battery costs will have reached $300kWh (or €283/kWh): a threshold they estimate to render EVs cost-competitive with their ICE counterparts.

When it comes to infrastructure, we have recently observed numerous governments intensify and re-focus their infrastructure efforts on the roll-out of fast-charging infrastructure. Germany, for instance, adopted a €1 billion EV support scheme last week which will dedicate €300 million for the roll-out of the country’s fast-charging stations. In the coming months we are likely to see the rest of EU countries announcing similar EV incentives schemes and strategies for the deployment of their EV recharging networks in the lead up to November 2016, when countries are expected to present to the Commission national policy frameworks for the transposition of the Alternative Fuels Infrastructure (AFI) directive.

Moreover, the big oil and big car report advises policy makers to consider placing transport fuels in a market-based mechanism as complementary policy to vehicle CO2 standards. In other words: expanding  the EU’s Emission Trading System (ETS) to include transport. Inclusion of transport under the ETS would delay and reduce the rate of emissions reductions in transport, while endangering the attainment of climate objectives. It would also act to undermine the adoption of much-needed and more effective, climate specific policies targeted at transport, such as emission performance standards and clean fuel standards, which can stimulate investment in cleaner-fuel vehicles, and attain transport decarbonisation quicker. What is more, inclusion of the transport sector under the ETS would act to weaken the ETS and increase its costs.

Sustainable bio-fuels will be important to tackle emission from an aging European ICE [internal combustion engine]-fleet, but the future of the car industry lies in zero emission vehicles. Incentives for BEVs [battery electric vehicles] such as Germany has proposed provides a necessary push for the electric car and enable Germany and the EU to meet its emission targets.

”What car manufactures such as VW should realise is that the disruptive effect of BEVs on the car market is coming, and any manufacturer that does not invest its future in this technology today, is doomed to be as fossilised as the fuels their cars are currently burning” concludes Havag.