Aquaculture in Norway is a billion-dollar business. Chances are that if you’ve eaten salmon anytime in the last six months, that’s where it came from ¬– but that much fish farming uses a lot of fossil fuels. There is the production and import of fish feed and the trucks that haul them to market. Then there are the generators that many of them use just to keep the lights on. 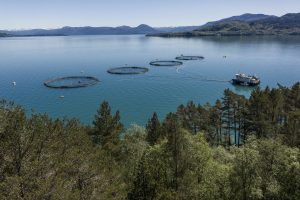 Aquaculture in Norway is a billion-dollar business. Chances are that if you’ve eaten salmon anytime in the last six months, that’s where it came from ­– but that much fish farming uses a lot of fossil fuels. There is the production and import of fish feed and the trucks that haul them to market. Then there are the generators that many of them use just to keep the lights on.

In fact, a medium-sized fish farm that relies on diesel generators can generate as much carbon dioxide as 70 private cars. When Norwegian salmon alone is eaten 14 million times each day the world over, those emissions can add up. If Norway’s entire aquaculture industry abandoned fossil fuels in their operations, it would prevent about 300,000 tons of carbon dioxide form ending up in the atmosphere –  the equivalent of taking 150,000 cars off the road for good. Should the distribution chain go all electric as well, the savings could be much greater.

In the last few weeks, the country made a big start on fulfilling that goal. Bremnes Seashore, one of Norway’s largest salmon farming operations located on Norway’s western coast, went fully electric in an event marked by Prime Minister Erna Solberg.

Days later, Enova, the state-run enterprise that promotes environmental sustainability in industry, announced it would support battery power for Norway’s other fisheries in a bid help them replace diesel generators.

The events signal another progressive shift for the Nordic state, which already leads the world in electric car sales and aims to slash its overall emissions by 50 percent over 1990 levels by midcentury.

“Fish farming creates enormous revenues for Norway, but the production has a footprint and emits climate gasses,” says Sveinung Rotevatn, the minister for climate and the environment. “We need more innovation to shift the industry to green solutions, and it is crucial to electrify what we can.”

The Bremnes Seashore project in Loddetå adds to that momentum. By partnering with Bellona and ABB, the fishery began testing the idea of completely electrifying its shore power in 2018. The notion came from a Bellona report, entitled “Salmon Onshore Power” published by Bellona and ABB that year. The test proved to be a resounding success. 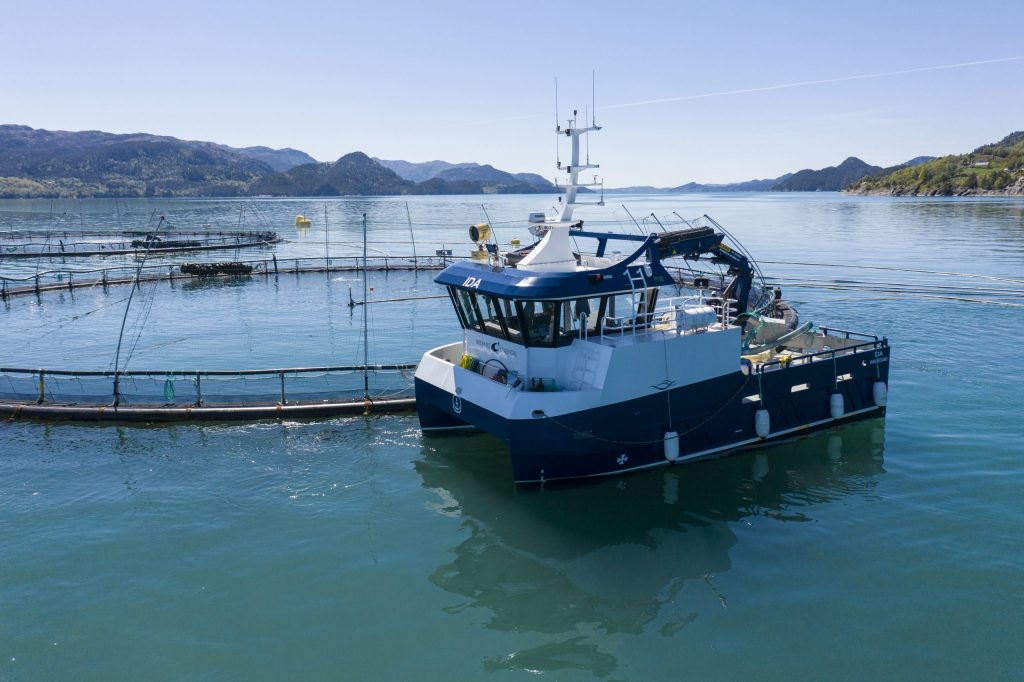 “This collaboration is a role model for the rest of the industry,” said Solberg, who hailed the occasion via video link.  “I hope this is just the start of a complete electrification of the aquaculture industry along the entire coast.”

Norway began developing commercial aquaculture in the 1970s, and since then aquaculture has developed into a major industry along its extensive coastline. Intensive farming of Atlantic salmon is by far the most important activity, accounting for more than 80 percent of the total Norwegian aquaculture production.

Bremnes Seashore plays a big part in that production. Posting $294 million in sales, the fishery provides 500,000 salmon meals a day. By going fully electric, the company will save 110,000 liters of diesel fuel per year, just at the Loddetå farm.

While around 70 per cent of the country’s fish farms have already converted to shore power, Bremnes Seashore is the first company to run shore power right to its salmon pens. This means that all work operations on the pens can be electrically operated. The company has also invested in a hybrid catamaran that mainly runs on battery.

But there’s still much to be done, says Christian Eriksen, Head of Policy and Research at Bellona. By some estimates, as many as 500 aquaculture farms still rely on diesel generators for power.

“Aquaculture must reduce its climate gas footprint, and emissions from production is a part of this,” says Eriksen.  “Through electrification, fish welfare increases, and the risk of diesel spills are reduced. Additionally, all noise from diesel generators is eliminated. This improves the work environment and helps the local community.”