Some would be rightly spooked by the idea of electricity produced by a glowing source emanating from Chernobyl, but thanks to a €100 million investment plan, that’s exactly what’s could happen.

Published on December 7, 2017 by Charles Digges

Some would be rightly spooked by the idea of electricity produced by a glowing source emanating from Chernobyl, but thanks to a €100 million investment plan, that’s exactly what’s could happen.

It’s not, however, what you think. The electricity will come from a solar park sprouting in the middle of the carcinogenic wastelands surrounding the site of the 1986 nuclear disaster as part of a joint project between a Kiev engineering firm called Rodina Energy Group and Enerparc, a clean energy company based in Hamburg, Germany.

Long lasting radiation in the area makes farming, forestry, hunting, and just about anything else too dangerous, so renewable energy is seen as something productive to do with the huge empty area.

Luckily, all of the transmission lines that were laid to carry electrons from the notorious plant to Ukraine’s major cities – and that helped feed what is now the country’s 50 percent reliance on nuclear energy – remain largely intact.

When it’s done, the solar park could provide half the energy that originally flowed from Chernobyl, marking an inspiring comeback for an area inhabited by dystopian radioactive wild boar.

“Bit by bit we want to optimize the Chernobyl zone,” Evgeny Variagin, chief executive officer of Rodina, told Bloomberg earlier this month. “It shouldn’t be a black hole in the middle of Ukraine.” Rodina and Enerparc are starting construction this month. 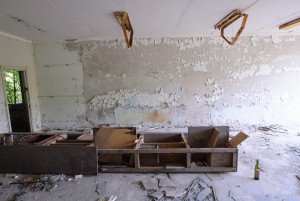 The Ukrainian government, meanwhile, is doing everything it can to make the most famous disaster zone in the world more attractive to clean energy investors. Along with the power transmission infrastructure, they are offering a lavish feed-in-tariff system that will be in effect until 2030, which stipulates a fixed price per kilowatt.

That price will fall a little each year, but for solar projects that go live by the end of 2017, the price will be 15 euro cents per kilowatt – a price nearly 40 percent higher what’s being offered renewable energy developers in Europe. In addition, Ukraine has dropped its rents on the state property surrounding Chernobyl by as much as 85 percent, and has made its leasing process easier to boot.

Other energy companies are sniffing out the deals. France’s Engie SA has told Bloomberg that it’s conducting tests with a gigawatt-sized project in mind. China’s System Integration Technology and China National Complete Engineering Corp have also said they are interested in building a solar park in Chernobyl.

If all of this bears fruit, the Chernobyl area could end up producing 2.5 gigawatts of solar produced electricity, pumping out half of what Chernobyl uses to produce before it melted down and exploded – with absolutely none of the danger. 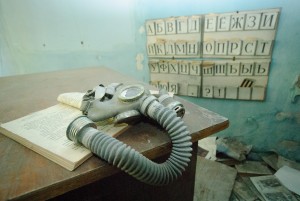 It would also curb Ukraine’s dependence on Russia for nuclear fuel, natural gas and other energy needs that Moscow has not been shy about holding hostage in its ongoing political and military hostilities against Kiev.

Pulling itself out of the social and psychological mire of Soviet produced nuclear past could only do Ukraine a lot of needed good, as Bellona discusses in an upcoming report on the country’s nuclear industry.

The European Bank for Reconstruction and Development ­– which financed Chernobyl’s New Containment Structure – is understandably wary of bankrolling projects in a radioactive exclusion zone. The solar farms, after all, are installed and maintained by people.

This poses some very real difficulties. Workers can only spend a limited amount of time in the exclusion zone, so their shifts are short, which means a bigger workforce is required – as is more money to pay them.

Yet they are challenges worth grappling with. If Ukraine manages to create a renewable energy rebirth on the site of the nuclear disaster that helped fell the Soviet Union, it would be a revolution of an altogether different kind.