The Murmansk region’s energy situation presents unique opportunities. On the one hand, hydroelectric and nuclear plants produce an energy surplus. On the other, it’s ripe for the development of wind energy. The question is tapping that resource.

Published on May 18, 2017 by Anna Kireeva, translated by Charles Digges 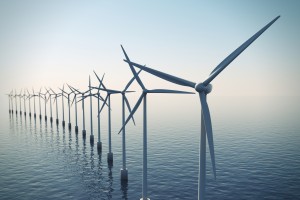 The Murmansk region’s energy situation presents unique opportunities. On the one hand, hydroelectric and nuclear plants produce an energy surplus. On the other, it’s ripe for the development of wind energy. The question is tapping that resource.

A Bellona seminar with Murmansk’s Ministry for energy, housing and communal services and the Murmansk Agency for Energy Efficiency this week sought to address that issue.

According to Yury Sergeyev, a consultant with Bellona, renewable energy could become one the most promising issues in the Murmansk region’s energy policy. As an example, Sergeyev pointed to a number of wind energy projects that brought power to small and remote settlements on the Kola Peninsula.

“We wanted to see what wind energy projects are developing in the region, what plans there are for further development despite current energy surpluses,” Sergeyev told the seminar.

According to date from the Kola division of the Russian Academy of Sciences, the Kola Peninsula could put out some 350 billion kilowatt hours of wind energy a year.

The seminar gathered not only environmentalists and government officials, but businesses interested in pursuing local wind energy projects. Investors who have scoped out offshore projects on the Kola Peninsula have found that average wind speeds are around 8.5 meters per second. 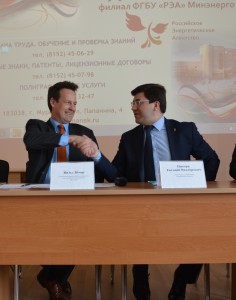 That Murmansk’s potential as a center for wind energy in Russia is high has been known for more than a decade. Still, major wind energy projects in the region have stubbornly refused to come to fruition.

“Our region is very attractive for wind energy use – by all indicators, it’s one of the ­three best areas in Russia,” said Yevgeny Nikora, the Murmansk regional governor. “And of course we are following that wind energy becomes less expensive and more attractive each year.”

Nils Bøhmer, Bellona’s general director, agreed that it was complicated to develop wind energy in an area that has an energy surplus, but he said it was necessary if the region wanted an energy source that was cheap and clean.

“Government officials in all seriousness spoke about windmills killing birds, worms and moles,” he told the seminar. “Now, Russia has legislation on wind energy and plans to increase their contribution to the national energy balance. In other words, there have been global changes in this sphere.”

Will Murmansk finally get a wind park?

The notion of building a 200-megawatt wind park near the villages of Teriberka and Tumanny in the remote reaches of the Kola Peninsula has been around since 2001.

Windlife Renewables’ general director, Paul Logchies told the seminar that Russian legislation that year didn’t even make provisions for clean energy. His company has for years sought to build a wind park in the Murmansk region. In 2008, an interagency commission greenlighted the Windlife project.

Without government support, however, Windlife’s plans failed to gain traction. They resurfaced in 2013 when the federal government passed legislation offering subsidies on renewable energy projects, which finally made them profitable in the Russian market. Specifically, the legislation established price rules for renewable energy, and guaranteed returns on capital investments.

But the legislation also said that anyone building a wind park in Russia had to produce their windmills there too, Logchies noted at the seminar. 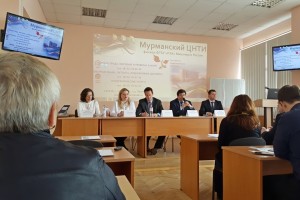 In 2009, discussions around building a windmill manufacturer at the Kola Peninsula shipyard of Nerpa arose, but they, too, petered out.

But Logchies reported at the seminar that Russia’s state nuclear corporation Rosatom and the Dutch windmill manufacturer Lagerweij had announced plans for a joint venture.

“Windmill manufacturing in Russia will begin in 2018, and we hope to receive turbines for our project by 2019, which will bring nearer the appearance of a wind park,” Logchies said.

Wind parks at the service of business

Despite the fact that wind and solar energy are only in use in remote locations of the Murmansk region, area businesses have been have been lighting up their facilities with wind energy for the past few years.

One of the first of these was the Ogni Murmanska hotel, which has been powering its complex with wind energy for over a decade. And an ostrich farm in the far north has been using wind and solar power since 2013.

But wind energy in Russia is becoming less obscure. One of the country’s major cell phone providers, Megafon, is using wind energy to power its cell towers along the Finnish border and other locations throughout the Kola Peninsula.

Small businesses in remote location in Northwest Russia have found wind and solar energy as well, from a small venison packing plant called Polmos, to a window and doorframe company named Green House.

“We don’t use so much as a gram of fuel for our enterprise,” Maksim Cherkesov, Green House’s chief engineer, told the seminar. “We have had a wind generator for a year and it hasn’t given us any problems.”

“We can’t say that the use of wind energy in the Murmansk region is of a global character – it only occupies about a half of one percent of the total energy balance,” said Bellona’s Sergeyev. “However, if business independently and without any government support is using wind energy, this says that such projects are profitable and with each year we will see more of them.”