PETROZAVODSK – Bellona Murmansk is today kicking off its fifth annual Renewable Energy Forum in this Karelian city with the goal of stimulating research, development, investment and implementation of renewable energy in the Northwest Russian region – an area fertile for its adoption.

Published on April 17, 2012 by Anna Kireeva, translated by Charles Digges 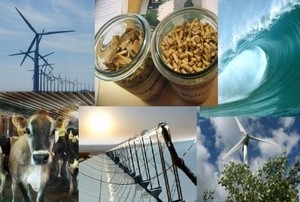 “Bellona is very pleased that another meeting of the Forum – the fifth – is taking place specifically in Petrozavodsk. The Republic of Karelia has many of the prerequisites for the development of renewable energy sources, and this huge potential has not been realized,” said Yury Sergeyev, Bellona Murmansk’s coordinator of renewable energy projects.

That developing renewable energy sources and that issues of energy savings and efficiency are pressing matters for Karelia is shown by those expected to be in attendance: representatives of the administration and local ministry heads, officials from financial institutes, scientists, scholars and Russian and foreign businesses implementing renewable energy projects in the republic.

According to Sokolov, the republic’s government is devoting no small amount of attention to energy issues, but is relying on private business, which can more strategically react to energy demand in conjunction with the introduction of new investment objectives.

Guaranteeing consistent power to far flung, remote installations such as open pit mines and enrichment complexes where useful minerals are mined, lumber processed as well as other industrial facilities is a big problem, said Sokolov.

According to Anna-Kaisa Heikkinen, consul of the Petrozavodsk division of Finland’s Consulate General, Karelia is seeing a number of joint Russian-Finnish joint projects in the field of green energy development. One example of such cooperation is research  on the possibility of using small hydroelectric plants in the region.

“Ecological problems are very important to Finland, as they are to the entire Barent’s region,” said Heikkinen. “However, Russia still clings to the prejudice that business development and ecological responsibility are two contradictory principles, but this is far from the truth,” she said, adding, “Contemporary reality shows us that being an “ecologically friendly” ecologically responsible business becomes with each year more positive.”

Finnish businessmen who are working on similar projects in Karelia noted that it is easy and comfortable for them to work in the republic so long as project plans are transparent and budgets are developed to standard.

Among the difficulties of working in Karelia the cited were the unpredictability and difficulty in planning for the mid- to long-range perspective on projects.

“It is my hope that the current Forum will discover and generalize our possibilities in renewable sources of energy, will give us practical recommendations about the implementation currently emerging and long view projects,” said Sokolov. “Our fundamental task  is to find ways to curb high electricity bills.”

Bellona also presents today English version of the report Economic aspects of small-scale renewable energy development in remote settlements of the Kola Peninsula which can be downloaded as PDF.