With Super Tuesday looming on March 6th, President Barack Obama kicked off his campaign for a second term, sparring cross country with Republican presidential hopefuls as he stumped hard for Congress to adopt his 2013 budget and its $40 billion worth of cuts in tax subsidies to the US oil industry over the next 10 years.

Published on March 4, 2012 by Charles Digges 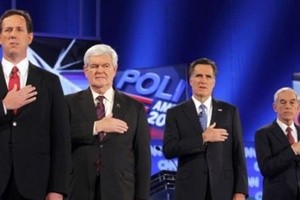 Super Tuesday is a critical day in US Presidential primaries on which the most states hold balloting to select delegates to national conventions where each party’s presidential candidates are then officially nominated. As such, it is one of the most reliable indicators of which of the four Republican contenders will challenge Obama for the White House on November 6.

This year, the Super Tuesday states are Alaska, Georgia, Idaho, Massachusetts, North Dakota, Ohio, Oklahoma, Tennessee, Vermont and Virginia, meaning that 437 delegates are at stake – more than the total number of delegates elected during the past two months of primaries.

“Obama seems to understand that moving away from oil subsidies is a way to create jobs within a whole new spectrum of energy,” said Bellona President Frederic Hauge, adding that the European Union created 250,000 new jobs in 2011 alone within the renewable energy sector.

Hauge also pointed to the high costs America is paying to import oil – in 2009, the figure for which figures are reliably availably, that figure was $700 billion, according to Robert Kennedy, Jr, nephew of former President John F. Kennedy and an attorney specializing in environmental law.

“It is high time for Obama to roll out an aggressive shift from fossils to renewables,” said Bellona Senior Advisor for International Energy and Climate Issues Svend Soeyland.  “Observers we know in Washington DC argued during the Climate negotiations in Durban last December that he would only gain voters by again using the “C-word” for ‘Climate.’”

“He might actually gain support from religious conservationists unhappy with a string of republican climate deniers to choose from,” said Soeyland.

These savings, under the Obama strategy, would be pumped into renewable energy research and installation – a plan Obama is again pressing in his second presidential campaign as a job creating way to increase the country’s energy independence.

Republican voters will be choosing from among the field of four candidates on Tuesday – early favorite Massachusetts Governor Mitt Romney, former Clinton era speaker of the house Newt Gingrich, former Pennsylvania Senator Rick Sanatorum, and Ron Paul, a Texas Congressman who has mounted two unsuccessful presidential bids, once as a Liberatian in 1988, and then as a Republican in 2008.

While the Republican candidates and Obama are split on a host of typically American domestic issues like birth control and abortion, the debate over fossil fuel handouts versus renewable energy is already coming into sharp focus.

Obama called on Congress to end outrageous “giveaways” to big oil from Nashua, New Hampshire on Thursday. The program could be a hard sell in the US, where spiking gas prices hover around a national average of $3.75 a gallon – meaning half of all US states pay more than that with record highs of above $6 per gallon in Florida.

But Obama said that Republican charges that his policies are driving up gas prices won’t pass “a political bull-detector” test and pointed to a chart that showed decreasing U.S. dependence on foreign oil.

“Let’s put every single member of Congress on record: You can stand with oil companies or you can stand up for the American people,” Obama said, adding that the current system of subsidies to big oil is “outrageous. It’s inexcusable. I’m asking Congress: eliminate this oil industry giveaway right away.”

Republican nominee hopefuls Romney and Gingrich had their guns loaded for Obama’s comments.

On a swing through Fargo in the Super Tuesday state of North Dakota, and winding up the day in Idaho, Romney wasted no time bashing what he called Obama’s failures to help the American energy industry.

North Dakota enjoys a 3.3 percent unemployment rate, the lowest in the country, the Associated Press reported, in large part due to jobs in the energy sector.

Romney said any recent energy production improvement was due to policies instated by President Bush, not Obama.

He also criticized Obama for not issuing more drilling permits on federal lands: “And how about giving permits to drillers? He’s cut that rate of permitting down to one third. This is a president who’s not been helping the situation.”

One centers on the president’s early first term support in September 2009 of Solyndra, which manufactured unconventional cylindrical solar cells, but then crashed in bankruptcy when the prices of silicon – a main ingredient in conventional flat solar cells – plummeted and made Solyndra’s more powerful but more expensive product unmarketable.

The company had received a $527 million loan from the US Department of the Treasury.

Romney also attacks Obama’s postponement of decisions on the potentially environmentally devastating Keystone XL Pipeline. The pipeline is designed to bring synthetic oil from northeastern Alberta Canada to various destinations within the Untied States, including refineries in Illinois and Oklahoma, with proposed connections to refineries along the Gulf Coast of Texas

Pipeline seems a disaster in waiting…

Keystone has faced lawsuits from oil refineries and environmentalists. The US Environmental Protection Agency said in 2010 that draft environmental impact study for Keystone XL was inadequate and should be revised.

Specific among the impact studies findings, said the Natural Resources Defense Council, were the pipeline’s retrograde effects on the climate and emissions of greenhouse gases.

The pipeline project became on November 7, 2011 the subject of a spectacular protest in which several 12,000 environmentalists shouldering an inflatable replica of the pipeline, formed a human chain and encircled the White House. On November 11, Obama announced that, “the decision on the pipeline permit would be delayed until at least 2013, pending further environmental review,” The New Yorker Magazine reported.

On November 30, Senate Republicans introduced legislation aimed at forcing the Obama administration to approve the Keystone XL pipeline within 60 days, unless the president declares the project is not in the national interest.

…and has Romney’s full support

But in his Thursday appearances in Fargo, Romney again flogged Obama on the Keystone issue.

“When someone says we want to bring in a pipeline that’s going to create tens of thousands of jobs to bring oil in from Canada, how in the world could you say no?” Romney said to crowds. “This is a president who does not understand energy. He is the problem; he is not the solution.”

Gingrich, campaigning in Woodstock, Georgia, called on Obama to fire Energy Secretary Steven Chu, approve a Keystone XL pipeline and open more of the Gulf of Mexico and Alaska to oil drilling.

“The American people are a little too smart for that,” he said, to wild approval from the crowd. “He can’t pull the wool over their eyes in that regard. The decisions to create more oil and gas coming from federal lands and new permits to entrepreneurs – those decisions were made by his predecessor. He has also cut in half the number of leases on federal lands.”

Obama, for his part, was careful during his New Hampshire appearance to give credit where it was due on the issue of energy production. He tipped his hat both his administration and that of his predecessor, George W. Bush, without mentioning Bush by name.

In choosing New Hampshire to deliver an energy message, Obama chose a state he easily carried in 2008. He and his surrogates have paid particular political attention to the state in recent months. It offers only four electoral votes in the November election, but Democrats have been eyeing New Hampshire warily following its sharp shift to the right in the 2010 midterm Congressional elections.

However, a poll conducted in New Hampshire in early February showed Obama beating Romney by 10 percentage points in a hypothetical matchup.

Other GOP presidential candidates also trailed Obama in the WMUR Granite State poll. That poll gave Obama an 8-point advantage over Texas’s Paul, who is a favorite in libertarian-leaning New Hampshire, and an advantage of more than 20 points over both Gingrich and Santorum.

Another boost to Obama

Last week, a three-judge panel of the federal appeals court in Washington heard oral arguments on February 28th and 29th in a collection of cases seeking to overturn EPA’s so-called endangerment finding that ruled that Greenhouse Gases are pollutant’s subject to regulation under the US’s Clean Air Act of 1971.

The US Supreme Court in a 2007 ruling had required that EPA determine whether or not emissions of greenhouse gases cause or contribute to air pollution which may reasonably be anticipated to endanger public health or welfare, or whether the science is too uncertain to make a reasoned decision.

On April 17, 2009, the EPA issued its proposed endangerment finding, saying greenhouse gases were a pollutant that endanger public health and are subject to regulation, which was met with a storm of lawsuits from industries responsible for producing them.

Soeyland suggested that should the Obama administration tout this finding at the Rio+20, United Nations Conference on Sustainable Development “Obama will be able to forge ahead with a climate policy with teeth prior to the election.”

He warned however that “it will not me all smooth sailing for the President to convince a hostile Capitol Hill to embark on a meaningful climate policy.”