The most common and oldest form of biomass is wood. In these critical times for the economy and the climate, wood comes once more to the fore as a potential key solution for the production of clean energy. RWE Innogy, a Dutch subsidiary of the German utility RWE, recently announced the commencement of the construction of a plant to produce ‘bio coal’ wood pellets that can be used as a perfect substitute for coal in coal-fired power plants. According to RWE this product could set the ground for the decarbonisation of ‘our existing coal power infrastructure’. 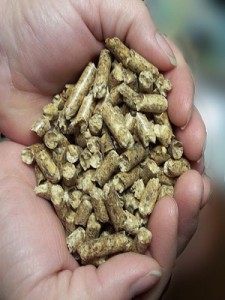 The new plant, which will be built by a joint venture of RWE Innogy and torrified pellet manufacturer Topell Energy, will initially have a yearly production capacity of 60,000 tons of pellets. The plant will be operational by 2011. The goal is that the new plant becomes a solid basis for the commercialisation of a new process that could guarantee efficient production of second generation bio-fuels deriving from raw materials that cannot be used for food. This process is called torrefaction and involves ‘a thermo-chemical treatment of biomass that removes water and volatiles…and ultimately produces a solid fuel that resembles coal’.

Essent will be the first company to use the produced pellets to be fired alongside coal in its Amer plant for the first 5 years of production. The Essent coal-fired power plant has been tested to be capable of up to 50% biomass co-firing. This was ‘the first time that a coal-fired power plant has achieved this level of substitution’ according to the CEO of Essent, Peter Terium. Further investments will be carried out to achieve this level permanently in the next few years.

But what is so attractive about wood pellets? The answer is that they are not only a climate-friendly and efficient form of biomass, they are also cheap! Co-firing biocoal pellets with regular coal can be extremely economical as no alterations to the existing equipment are needed, for example separate storage, and they have relatively high density and caloric value. A case study has estimated the CO2 emissions from the entire production chain of Topell at 49 grams per ton, compared to 760 grams CO2 per ton for traditional coal-fired power production. The production cost is calculated at €7.50 per Gigajoule, slightly more expensive than the €4.50-5.00 needed per Gigajoule for coal-fired power, but excluding CO2 costs.

Based on these promising estimates, RWE is determined to pursue further the potential of wood pellets as a source of energy. It has decided to proceed with the construction of one of the world’s biggest wood pellet plants in Georgia, US, which will have a yearly output capacity of 750,000 tonnes. The pellets will be used in pure biomass power plants as well as for the co-firing of coal and biomass in the US.