MURMANSK – Bellona’s Northwest Russian Renewable Energy Forum kicked off yesterday, but the local Murmansk Region administration, which was to be one of the key players in the conference, failed to appear.

Published on September 15, 2009 by Annicken Vargel

The absence of Regional officials is a change in wind from the previous regional gubernatorial administration, which took great pains to explore alternative energy.

The lack of official presence at the Bellona organised event indicates environmentalists will now have to redouble their efforts to regain a positive reaction to renewable energy build out in Russia’s Northwest.

“We had expected that the regional administration to present its plans for renewable energy here, but no one has heard from them,” said Michele Grønbech, an energy and climate advisor with Bellona.

In Russia, there were great expectations for the regional programme for renewable energy, which was expected to be completed this fall. The Murmansk Region’s previous governor, Yury Yevdokimov, had promised to put a large stake on renewable energy throughout the area.

But he was replaced by Dmitry Dmitriyenko, and the new administration will not even disclose who will be working on its behalf with renewable energy.

Huge possibilities
The Kola Peninsula is a region with huge renewable energy resources, and Regional; authorities have initiated work to put those resources to work. In 2007, former governor Yevdokimov promised that wind energy would cover nearly 20 percent of the Region’s power consumption by 2020.

“We have knowledgeable date from the Kola Centre on Renewable Energy that the Kola Peninsula is one of the best regions in Europe to harness wind,” said Grønbech. 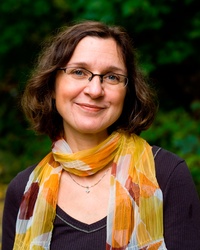 Specific proposals prepared
A working group had been gathered by the Yevdokimov to create a regional programme for renewable energy. The report was delivered, but no response from the authorities has been forthcoming.

“We haven’t heard a single thing from (the authorities), no response, no telephone calls,” said Minin.

“We have done this work and cannot sit and wait while nothing happnens – we want that work to continue,” said Minin. “ But the Russian bureaucracy  is not in charge of itself and we will now work to forge new contacts in the administration,” he said.

Anniken Varkel wrote and reported from Murmansk. Charles Digges also translated and wrote for this report.