Expert: We need a Strategic Master Plan for the Far East 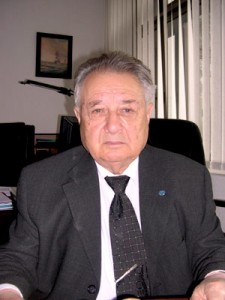 September 28th saw the first celebration in Russia of Nuclear Industry Workers’ Day. The Interfax Russian news agency reported the results of a poll carried out by the Russia Public Opinion Research Centre for the day, which showed that most Russians consider that the use of nuclear energy should be increased—even while they accept the possibility of another accident similar to the Chernobyl catastrophe of 1986.

What do these data tell us, apart from seeming to confirm the myth about the mysterious Russian soul? In my opinion, they reflect the lack of complete and reliable information that people have regarding problems of nuclear energy as a whole, and safe usage of it in particular.

From personal observation, mainstream, non-specialised media rarely print any analysis of the current state of affairs regarding the decommissioning of nuclear submarines, recycling of nuclear fuel, or the ecological reclamation of Rosatom installations that formerly belonged to the Navy. The lack of reliable information not only slows down the problem-solving process in this sector, but also leads to differing opinions regarding its effectiveness.

Meanwhile, this process is not only ongoing, but actually gathering speed. This is probably most obvious in the Northwest region, where from the time that decommissioning of nuclear submarines became a relatively open issue things have gone better than in the Russian Far East. This has been due in no small measure to the Nunn-Lugar programme.

In 2003, the Northern Dimension Environmental Partnership (NDEP) and the Atomic Energy Ministry—now Rosatom— jointly initiated a Strategic Master Plan (SMP) to decommission and dismantle in an environmentally friendly manner retired nuclear submarines and other nuclear Russian naval vessels and installations that have been taken out of service in Northwest Russia.

The Strategic Master Plan was drawn up by a team from the Nuclear Safety Institute at the Russian Academy of Sciences’ Institute for Problems of Safe Nuclear Energy Development (IBRAE). The plan was drafted under the leadership of Ashot Sarkisov. More than 50 experts from IBRAE, the Kurchatov Institute and the Dollezhal Scientific Research and Design Institute of Energy Technologies (NIKIET) were involved in the development of the plan.

During hearings in Moscow, Murmansk, and Severodvinsk following ratification of the Master Plan in December 2004, positive feedback was gained from social organisations, in particular Bellona, for almost the first time.

Bellona’s representative in St. Petersburg, Alexander Nikitin, said that the SMP was of great strategic ecological value and had been drawn up fairly objectively.

As a journalist who has been writing in almost total isolation for many years about the social discussion of decommissioning of nuclear submarines in the Pacific Fleet, I could not but be interested in the Strategic Master Plan for the Northwest. And, obviously, I had to ask when a similar plan would be drawn up to deal with the problems in Russia’s Far East.

I put this question to Ashot Sarkisov. Here is what he had to say:

Ashot Sarkisov: We began talking about the lack of international attention being given to ecological problems in the Far East two years ago.

We cited the Strategic Master Plan for the Northwest as a good example of consolidated efforts to solve large-scale tasks. This conceptual plan is unique because it takes into account all facilities in need of ecological reclamation: decommissioned nuclear subs, surface ships with nuclear installations, technological service ships, former technical shore-bases … right up to solving problems with spent nuclear fuel, radioactive waste, and dangerous chemical substances. In addition, questions of the public’s safety, as well as the safety of personnel and the environment, were taken into account. Also included was the creation of a monitoring system in the region, as well as special crisis centres to react in case of emergency. The safety programme includes all projects dealing with protection of nuclear materials, because non-proliferation today is a hot topic not just for the international community but for us (Russia) as well.

Many countries do not have such an integrated approach to solving urgent problems. The depth in which the project has been developed is also unprecedented: from the condition of reclaimed installations to the complete solution of problems with all waste materials. Of course, some problems require additional research. But as a whole, in our view the strategy has been chosen correctly.

–> Grigory Pasko: What additional projects are we talking about here?

A.S. : For the moment there are five of them. No. 1 is to create safe conditions for storage of spent nuclear fuel from Alpha-class submarines. No. 2 is to develop a conceptual project to move spent nuclear fuel and solid waste from open storage. No. 3 is a project to ensure secure storage of spent nuclear fuel from pressurized water reactors in existing storage facilities. No. 4 is to improve physical protection systems, and no. 5 is to improve radiation monitoring systems and emergency reaction systems in the Murmansk Region (stage 1).

In addition, the European Bank for Reconstruction and Development has proposed defining several more obvious burning projects, which we are working on now.

G.P. : What is the theme of these projects?

A.S. It is still too early to say for sure, but I can say that we are currently talking about the surface ship Admiral Ushakov, about the reclamation of solid nuclear waste at Zvezdochka, and so on. 18 months have been set aside for this work, and work is continually ongoing.

G.P. : How does our beloved Far East look against this apparently quite successful North-West background?

A.S. : There is nothing like this in the Far East. I am trying to use every international forum possible to attract attention to the problems there (in the Far East). They all listen carefully, agree with me, nod, but nothing more happens. For example, at a summer conference in Tokyo the deputy head of Rosatom, Sergei Antipov, gave a presentation, and there was my special report on the problems of the Far East. The report visibly made an impression. But our main most likely partner in the region, Japan, made no expression of interest. I think that there were some political motivations behind this. They understand that there is serious pollution going on in the Far East, that there are potential risks with fuel transfers, incidents at facilities, that there are real dangers … but there are real political obstacles. In all probability, these are territorial claims and the absence of a peace treaty (the Soviet Union and Japan never signed a peace treaty after World War II, and Russia and Japan have yet to rectify this).

On the other hand, the Americans are our allies in these questions. They support us and help us. And not just the Americans, but also the Norwegians, Australians …

It is obvious that the Far East now needs a comprehensive approach, like in the North-West. It needs a Strategic Master Plan. Therefore, decisions need to be taken on an international level with the involvement of all interested parties.

To start this work, we planned to hold a special conference this year. Unfortunately, we were unable to do so due to a lack of financing. Of course, we will keep working in this area.