Between the years 2002 and 2003, Russia’s Ministry of Atomic Energy, or Minatom, misappropriated several million dollars in submarine decommissioning funding to cover costs of naval spent nuclear fuel reprocessing, and sold off $3.9m of scrap metal from the vessels that, by law, should have been pumped into the federal budget, a report by Russia’s highest governmental auditing agency has revealed. 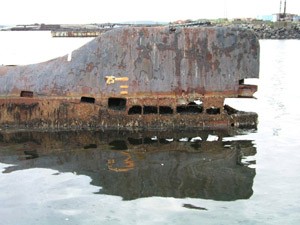 The report also said that, in all, Minatom had misspent 118.7m roubles ($4m) and made ineffective financial use of another 117.9m roubles.

Responses to the report from Minatom were varied. Many officials refused comment outight, while others said curtly that the document was under examination.

But in an interview with RBC, a Russia News agency, an anonymous Minatom source said the report—the draft of which was discussed by auditors with Minatom representatives at the Audit Chamber board meeting last month—"was of a routine character."

"The Audit Chamber carries out yearly audits and their results reveal a positive dynamic," the Minatom official said.

But an Audit Chamber official, who requested anonymity, told Bellona Web, that "It was the first serious checkup of this kind by the Chamber’s Inspection for Control over Decommissioning."

"Earlier the Chamber’s audits focused on other parts of the Minatom’s activities. Other people worked, and we’ve never had such documents in the outcome," he added.

The Audit Chamber, went so far in its report, which was completed on October 31st, as to say that these incidents had caused the Presidential accounting structure to loose confidence in Minatom’s ability to perform proper submarine decommissioning, a major public blow to the Russian nuclear industry’s main power-broker and contractor.

What the audit revealed
As a result of the audit, which was performed from February to August this year, it was revealed that up to 30 percent of federal funds allocated for the purpose of submarine decommissioning is redirected to transportation of the retired subs’ and the reprocessing of their spent nuclear fuela process that, strictly speaking, is not covered by Russian nuclear submarine decommissioning legislation.

It was also revealed that up to 20 percent of federal decommissioning funding is spent on simply maintaining retired submarinesdozens of them still loaded with their nuclear fuelafloat until they can be dismantled. Most of these subs, which are worn with rust and pocked with leaks, often wait years for that dismantlement.

The reportwhich was not made public, but was obtained by Bellona Websaid another 20 percent of federal decommissioning money is spent by Minatom on safety and security for radioactive sites.

All told, the report concluded that a mere 30 percent of Russian federal budget money supplied for sub decommissioning is left after Minatom misappropriates it.

The report also identified occasions on which Minatom had spent $2.2m, plus another approximately $2m from the subs scrap metal, on decommissioning a Delta Class ballistic missile submarine. Western donors howeverparticularly the Cooperative Threat Reduction, or CTR, Programmeroutinely pay $10m to dismantle ballistic missile submarines in Russia, meaning western funds are being bilked by the Russian side.

Lack of sub decommissioning programme
The Audit Chamber identified the roots of Minatom’s improprieties in the virtually non-existent federal decommissioning programmes it is supposed to be funding. Because there are no federal guidelines for such programmes, Minatom developed its ownsomething the Audit Chamber report indicated that Minatom called "the Concept." Former head of Minatom, Yevgeny Adamov, the Ministry of Defence and other concerned ministries signed the Concept into power on January 30th 2001.

The Concept was based on the notion of a so-called "closed" nuclear fuel cyclein which used fuel is recycled for use in new fuel that would then be reloaded on nuclear submarines. This concept necessarily meant that spent nuclear fuel, or SNF, would have to be transported to and reprocessed at the Urals Mountain reprocessing facility of Mayak, located more than 2,000 kilometres south of the nearest Northern Fleet submarine base.

However, as the report noted, definitions of so-called "comprehensive" submarine decommissioningwhich includes care of the submarines from their retirement to their dismantlementas given by various Russian regulatory acts, including those developed by Minatom itself, do not include fuel reprocessing. Even Russia’s committee for standardisation, Gosstandart does not envision reprocessing in its own suggestion for submarine decommissioning practices.

"The principle of implementing the ‘closed’ fuel cycle for SNF treatment predetermined both the existing trasportational and technological scheme of the whole costly mechanism of comprehensive submarine decommissioning," read the report.

Because of this process, the report stated, 70 percent of funding allocated to dismantling submarines is spent on vessel storage, transportation, and reprocessing of spent fuel.

"As a result, no more than 30 percent of federal budget funds is spent on the implementation of priority tasks of SNF unloading and the actual dismantlement of submarines," read the report.

The report also noted that many of the provisions of the government decree that made Minatom responsible for submarine decommissioning were not observed at all. The most serious of these is Minatom’s failure to return to the state budget profits it makes on the sale of scrap metal from dismantled nuclear submarines. This money, theoretically, should be infused back into the state submarine decommissioning budget.

Instead, the report noted, the metal is most often sold on the side through a series of middlemen working with the shipyards where the subs have been dismantled.

Adopting a decommissioning plan
A governmental decree dated September 15th 2003 obliges Minatom to come up with a sub dismantlement programme draft and deliver it for consideration of the Russian Government by May 1st 2004. The Kremlin has also decided that the Ministry of Economic Development will be Russia’s coordinator for submarine decommissioning from then on, with Minatom simply facilitating the work.

The auditors also wrote that "such circumstances where clear and accurate criteria of comprehensive nuclear submarine dismantlement are non-existent lead in certain case to misspending or unfounded spending of budget funds, or to the implementation of work that is not related to submarine decommissioning."