A group claiming to be anonymous nuclear workers has warned the Russian president, the prime minster and the “global public” that a disaster is brewing at Russia’s Mayak Chemical Combine that will outdo all previous natural and industrial disasters in an letter sent to several newspapers in the Chelyabinsk Region where the plant is located. 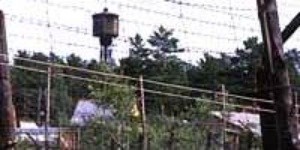 The authorship of the letter – warning of “nuclear Armageddon” was sent last week to President Dmitry Medvedev, Vladimir Putin, Russia’s state nuclear corporation Rosatom, the world in general and several media outlets – is impossible to verify.

The editors of Chelyabinsk’s Novy Raion, which ran the most high profile accounting of the letter, told Bellona Web in an email interview that they received the letter last Wednesday and published a report based on it the same day. They said that messages to the sender’s email address had not been answered. Attempts by Bellona Web and the Moscow Times to get answers from the email address where similarly unsuccessful.

Despite its anonymous authorship, the publication of the letter spurred Deputy Chief Prosecutor Yury Zolotov on Friday to order a re-examination of a case of criminal negligence in installing counterfeit chines pipes in reactor cooling systems at Mayak.

Rosatom and the plant’s management say they are the victims of a smear campaign connected to a business dispute and have threatened legal action.

But Vladimir Slivyak, co-chair of Russia’s EcoDefense environmental group, said the story from Mayak squared  with rumors that have been coming out of the industry for years.

“It’s almost impossible for us to verify what is going on; perhaps it is simply a business dispute,” Slivyak told the Moscow Times. “But without an independent [nuclear] watchdog it is impossible to tell,” he said.

The nuclear industry is technically overseen by the Federal Service for Industrial, Technical and Atomic Oversight, or Rostekhnadzor. But Russian environmental organisations, including Bellona and Ecodefence, say it has lost its teeth since it was absorbed the Natural Resources and Environment Ministry in 2008.

A jointly-produced report by Transparency International and Ecodefense in November found multiple violations of procurement standards in 40 percent of 200 procurement deals studied, and found the company’s practices were effectively unregulated.

“The biggest problem seems to be with new construction,” Slivyak told the paper. “That’s where the greatest opportunities for pocketing money are.”

The anonymous letter from Mayak, as quoted in Novy Raion, claimed that the counterfeit Chinese piping in the plant’s cooling and “special sewage system’ would “not last another two years” and was “on the verge of destruction.”

The ongoing disaster at Japan’s Fukushima Daiichi nuclear power plant is due to blackouts of the cooling systems there that were knocked offline by the 9.0-magnitude earthquake and tsunami on March 11, so the charge by the anonymous authors is especially timely. And, unlike many other governments worldwide, the disaster at Fukushima has left the Kremlin unfazed, and no review of Russia’s reactors has been ordered.

What the letter charges

The authors of the letter, who claimed to be “workers from Mayak,” said they were writing anonymously for their own safety. They went on to say that Mayak management and the contractor that that installed the cooling system piping are involved in a cover-up of the technical shortcomings for financial gain.

“By rather conservative estimates, the interested parties made 16 million roubles ($569,000), and a small portion of this money is sufficient to pay for someone’s silence,” the anonymous authors charged.

“Only your intervention can avert the creeping catastrophe and put an end to the reckless negligence and embezzlement of state funds at installations of Russia’s nuclear industry,” continued the letter.

“The natural disasters and technological accidents of the past are nothing compared with the nuclear Armageddon that awaits us!” the authors said, according to Novy Raion and various other regional newspapers.

According to the Moscow Times, the allegations are not new, and were originally brought by a Chelyabinsk blogger in 2009.

Ensuing checks of the piping and sewage system revealed numerous serious violations that were taken up by the regional economic crimes unit, which filed criminal charges, but they were later dropped, the authors of the letter said.

The website of the prosecutor general for the Urals Federal District on Friday announced that Zolotov has ordered a reexamination the decision to close the original investigation into the alleged use of counterfeit Chinese piping in repair works at Mayak.

Mayak, located in the closed nuclear town of Ozersk, is Russia’s only operational facility for reprocessing spent nuclear fuel from VVER-440 type reactors and spent fuel from nuclear submarines, and has long borne the moniker of being the most radioactively contaminated place on earth.  It also takes fuel from other countries that it has little hope of reprocessing.

In 1957, it saw the so-called Kytshym disaster – the precursor to Chernobyl – when a waste storage tank exploded, spreading radioactivity throughout the region and forcing the evacuation of hundreds of thousands. It was dubbed the Kyshtym disaster by Soviet nuclear authorities to divert attention to a neighboring town where they said a conventional power plant had exploded.

Thousands were press-ganged – included children and pregnant women – into cleaning up the nuclear fallout with little more than rags. The legacy remain today in highly irradiated land, elevated cancer rates and birth deformities.

In 2000, disaster was only barley averted when the cooling system to the plutonium reactor operated on the Mayak site was knocked out by inclement weather.

In 2003, the plant briefly lost its operational license over radioactive leakage into area rivers. Yet still, the Techa River cascade remains irradiated with liquid radioactive waste from the reprocessing facility from years of dumping.

And nearby Lake Karachai, which also used to be a dump for liquid waste, is fast evaporating, exposing radionuclides to the atmosphere when they are picked up by wind and spread throughout the region.

Mayak and Rosatom issue blizzard of statements over letter

Mayak management insisted after the publication of the anonymous letter that it has taken measures to bring the plant into conformity with safety standard, and said in a statement in Russian, that the “brazen and baseless charges” enumerated in the anonymous letter printed by Novy Raion undermine Mayak’s “well-deserved reputation as one of the largest and most reliable [facilities] in the nuclear and defence industries of Russia.”

Mayak continued in the statement to say that it is considering legal action “to defend its reputation,” but did not say whom it would sue.

Rosatom maintains that the Chinese pipes were chosen because they came up cheaper in a tender, and that repeated tests have proven them to “meet or exceed” the standards of similar grades of Russian piping. They also said that the “special sewage system” is not connected to any of the cooling systems of the reactors operated at Mayak.

The letter published by Novy Raion prompted a flurry of statements from Rosatom. In one statement, in Russian, Rosatom said it was the victim of a business dispute.

“We believe that the anonymous letter is an indecent tool being used by one of our contractors with whom the company is engaged in a court dispute,” said the first statement.

It added in a second statement that, “Such a publication out of the blue inflames phobias among the population, undermines the reputation of domestic businesses, and in no way encourages the attractiveness to investors of the Chelyabinsk region.”

Rosatom failed to identify in its statement the contractor battling in court and whom it suspects of planting the letter.

But Livejournal blogger and political scientist Alexander Podoprigora pointed the finger at Chelyabinsk Region businessman Vladimir Kozashevsky, whose companies, Podoprigora reported, have been locked in a legal dispute with Mayak since 2009.

The Arbitration Court’s online database, according to the Moscow Times, shows that Mayak is suing Kosazhevsky’s Southern Urals Machine Building Factory (YuUMZ in its Russian acronym) for nearly four million rubles ($142,000) for breach of a construction contract.

The records to not indicate that Kozashevsky’s companies were responsible for installing the pipes at issue.

In his blog, Podoprigora points out Kozashevksy’s tight relations with the Ministry of Internal Affairs, from whom he won a dubious and lucrative tender to construct living quarters for workers in Ozersk in a deal that has now come under investigation by the Duma’s Audit Chamber.

Whistleblowers have to suffice where there is no oversight

Rosatom has often been the target of anonymous whistleblowers, given that no real oversight of its activities exists. This makes it easy for the well-endowed state corporation to shake off charges of corruption or shoddy work.

In December 2009 the web site ProAtom.ru published an anonymous letter detailing alleged corruption in the construction of the new Novovoronezh nuclear plant.

And a former Rosatom employee told The Moscow Times that corner-cutting and cost-shaving was pervasive throughout the Russian nuclear industry and that a serious nuclear disaster was a real possibility.

The source told the paper that a faulty water pump at the Kalinin nuclear plant in the Tver region was not replaced.

He said he witnessed the failure of a pump at the station’s new Reactor No 3, which occurred because of a lack of lubricating oil while the unit was under construction in 2004 and 2005.

Instead of replacing it, the management did the paperwork to suggest a new pump had been acquired and installed. In reality, said the source, the damaged pump was simply removed, driven around the site and reinstalled, the paper reported.

The source, who says he worked on the construction of the Kalinin and other power plants between 2003 and 2007, would only speak anonymously and was unable to provide documentary proof of his story, said the paper.