ST. PETERSBURG – Russian environmental groups are calling on the government en masse to abandon it’s plans to begin importing 4,000 tons of Australian uranium as part of a plan to bulk up its own uranium enrichment and export plans. 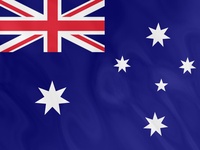 Groups from Siberia, the Urals, to Moscow and St. Petersburg have formally declared their opposition to the imports of fuel uranium in a letter sent to Australia’s parliament last week. Bellona, Baikal Environmental Wave, Greenpeace, and Ecodefence signed the appeal demanding that Australia not ratify the agreement, which will open the flood gates for industrial scale import of Australian uranium to Russia.

According to the agreement between Russia and Australia, cooperation on the imports will take the form of sending 1,000 tons of uranium to Russia that Russia will enrich itself. The remainder of the uranium will be sent as uranium hexafluoride – the most volatile form in which uranium can be kept – and stored in Russia for further enrichment as needed.

In coming weeks, Australia’s parliament will be reviewing and deciding the fate of the uranium trading agreement. The agreement was signed in Sidney last September by Russian nuclear corporation chief Sergei Kiriyenko and Australian Foreign Minister Alexander Downer.

The document’s chief goal is to give Russia the opportunity to enrich natural uranium mined in Australia and use it for both internal and export purposes. Russian nuclear officials said the deal was needed to meet the country’s domestic needs of 5,000 tons and 15,000 tons for export purposes.

The controversial International Uranium Enrichment Centre, slated for construction at the Angarsk Electro Chemical Combine, near Irkutsk, will enrich foreign uranium – including that from Australia.

The environmental groups assert, however, that Rosatom – the chief initiator of importing nuclear materials from aborad – does not have the technological or the economic means to realise the monumental project.

There is also little faith among Russia’s environmental community that the uranium enriched at the centre will not fall into the hands of unstable regimes – the very purpose for which its creation has been justified by eager donor nation like the United States. Yet Russia, which built Iran’s first nuclear reactor, is still supportive of Tehran’s nuclear programme, which western nations say is a weapons effort.

Both Australia and Russia have been publicly adamant that the Australian uranium will not be used to fuel Iranian efforts. But there is no physical way to flag isotopes of specific uranium as Australian, thus information about its origin will be lost after the first planned enrichment cycle.

The uranium enrichment process itself, especially that which concerns environmental information, is mostly opaque. This was again confirmed by the visit of Bellona and other environmental groups to the Angarsk Electro Chemical Combine last week.

Arriving on an invitation from Rosatom, the groups were not allowed to conduct radiation measurements and were refused answers about how depleted uranium hexafluoride was handled at the facility.

All requests from Bellona representatives to Angarsk officials to reveal concrete date relative to uranium enrichment and decommissioning of uranium waste were turned down with answer that the figures were secret information.

The result of enriching Australian uranium will be a yearly build up of thousands of tons of depleted uranium hexafluoride – an extremely toxic substance. Russia has no tried and trusted technology for industrial scale conversion of uranium hexafluoride into a safe form, and does not have the financial guarantees that this problem will be solved.

Kiriyenko himself spoke about this problem in recent remarks, saying that if the problem could not be solved, Rosatom would refuse imports of uranium even from Western Europe.

In the final analysis, Russia also lacks means for the secure transport of uranium.

Ninety two percent of Russian citizens are against projects for importing foreign nuclear materials for reprocessing or storage. Russia’s Romir polling agency – in a survey commissioned by the environmental group Ecodefence – showed that fully 100 percent of the residents of the Primorskoye Region, through which Australian uranium is likely to be transported – are against such imports.

In 2007, 20,000 citizens of Irkutsk send an appeal to former President Vladimir Putin to cease uranium shipments from Western Europe. Public protest against foreign uranium shipments are taking on more and more harsh forms.

As a result, civil society organisations are turning to the Joint Standing Committee on Treaties of House of Representatives of Australia with a request not to ratify the agreement with Russia for uranium imports. Environmentalists hope that Australia will not facilitate the destruction of the non-proliferation regime, the violation of human rights in Russia and the creation in Russia of another dangerous industry that will endanger the health and safety of the population.