ST. PETERSBURG—The State Duma Environment Committee has passed a resolution that proposes gradually reducing the reprocessing of spent nuclear fuel (SNF) at the Mayak facility, while at the same time, it has emerged that Rosatom had secretly been preparing to reprocess SNF from VVER-1000 reactors at Mayak—which the facility is not equipped to handle.

Published on February 13, 2006 by Vera Ponomareva 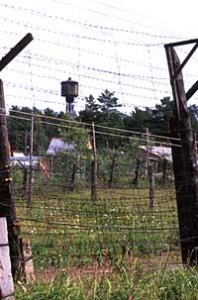 Duma resolution reveals expanding fuel types that would be recycled

Despite this, the deputies did not vote to deprive Mayak of its reprocessing license, as earlier threatened.

Bellona Web has obtained the text of the resolution adopted at the State Duma Environment Committee session held on February 8th at which problems at the Mayak facility were discussed.

The resolution calls for guaranteeing safety at Mayak to be a state task of the greatest importance, and recommends that Rosatom gradually reduce reprocessing of SNF at the facility.

This is not a populist decision—we really want to stop this madness with the dumping at Mayak, committee chairman Vladimir Grachev told Bellona web. We have already managed to get the decision accepted by Rosatom.

According to the deputies, the first stage should be to restrict SNF reprocessing to volumes necessary for fulfilling international agreements, and also environmental and defence programmes.

This means fuel from submarines, Grachev said. If we leave that out, it will be even more dangerous than reprocessing it.

Until now nothing was known about Rosatom’s plans to reprocess fuel from VVER-1000 reactors at Mayak. Fuel from such reactors—which are used at three nuclear power plants in Russia—is not presently reprocessed anywhere in Russia, but rather put into temporary storage at the Krasnoyarsk Mining and Chemical Combines RT-2 facility.

Rosatom was planning to increase reprocessing at Mayak, and had already bought equipment to break up fuel rods from these reactors and prepare it for reprocessing, Grachev said.

Mayak’s RT-1 facility currently reprocesses spent fuel from VVER-440, BN-350, and BN-600 reactors, as well as naval reactors and some research reactors. Some 120 tonnes of SNF is reprocessed annually at Mayak, though the facility has a theoretical annual capacity of 400 tonnes.

Mayak keeps its license
The deputies watered down the original text, removing a demand to revoke Mayaks licence to reprocess SNF and dump waste into local water systems.

However, dumping of radioactive waste into the Techa reservoir system along the southern Urals Techa River is the focus of the complaints against Mayak. In January 2003, the federal nuclear oversight agency stripped Mayak of its licence for precisely this reason—although the licence was subsequently renewed anyway, and agency head Yury Vishnevsky sacked, apparently for revoking the licence in the first place.

Recommended measures
The Duma resolution talks about the necessity for a comprehensive plan to deal with Mayak’s environmental problems with an analysis of the situation, development of basic measures and an assessment of the environmental consequences.

As well as the reduction in reprocessing, front-line measures include action to improve safety in the Techa reservoir system, including reconstruction of the top of dam no. 11 and the construction of a first-level combined sewerage system to take run-off water into the left-bank canal.

In addition, deputies recommended that the Emergency Situations Ministry, together with the Chelyabinsk Regional administration, carry out a raft of social, medical, and legal measures stipulated in federal and local target programmes to protect the local population.

Russian-American plans
While the deputies were making recommendations on ending SNF reprocessing, US President George Bush announced his readiness to work with Russia in order to increase reprocessing in both counties. Bush suggested that the US and Russia would deliver reactor fuel to other countries, and then collect the used fuel in order to reprocess it and prevent it being used for military purposes.

Programmes to recycle nuclear waste in the United States were curtailed under President Jimmy Carter, and re-establishing them would take considerable resources and time.

My reaction to this proposition is very positive, he said. We should not confuse fuel reprocessing at Mayak with fuel reprocessing in general. Reprocessed fuel should be kept at two or three locations under strict control in order to stop proliferation around the world.