Published on November 17, 2005 by Rashid Alimov 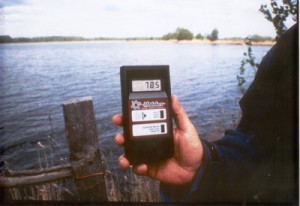 Opening statements took place in the Southern Urals city of Chelyabinsk on Thursday.

At the opening sessions, the court will consider an inquiry filed by the Urals Regional Prosecutors office and draw conclusions about whether Mayaks Director General Vitaly Sadovnikov should be charged with any elements of crime. It is likely that Sadovnikov, who is now the deputy of the Chelyabinsk Parliament, will be stripped of his Parliamentarians immunity from criminal prosecution.

According to the Russian news agency Noviy Raion, the hearings on Sadovnikovs parliamentary immunity will be postponed for a week as the defense had not yet received a copy of the prosecutors inquiry.

Sadovnikov is accused of violating Article 246 of the Criminal Code of Russia, which spells out violation of environmental protection rules during the execution of operations, and also breaking Article 247 which deals with violation of the rules of handling environmentally dangerous substances and wastes. If found guilty, he faces up to five years imprisonment.

Such a case against a huge contaminator is without precedent not only in Mayak, but also for contaminators across Russia and could indicate a new era of prosecutorial interest in environmental crime.

Yesterday Kiriyenko was named as the new head of Rosatom. It is symbolic that the first court session on the Mayaks case took place today, said Bellonas Alexander Nikitin, head of Bellonas St. Petersburg office.

First day of court open  and shut
As Nadezhda Kutepova, a local ecologist from the Ozersk based Planet of hopes environmental organization said to Bellona Web, the court session was at first declared to be open to the public. But the court room was cleared upon Sadovnikovs arrival.

A protest rally was expected in front of the court house with more than 150 participants brought by Mayak authorities. The greens also planned to organize a picket. Other participants were planning to come from the nuclear safety organisation, Pravosoznaniye (Legal Conscience).

Also expected were activist from the organisation Techa, which is named after the river the Mayak facility has been polluting for almost a half century, and encompasses victims of Mayaks 1957 accident when a reservoir holding highly active radioactive waste exploded, constituting the second worst nuclear accident after Chernobyl. But the police slammed down a ban on all pickets Wednesday.

The criminal contamination case against Mayak was brought on April 11th by Deputy Prosecutor General Yury Zolotov. Preliminary examinations of the Techa River Cascade—Mayak constructed reservoirs along the Techa river where the plant dumps much of its waste—showed that over the past four years, the radiation background levels in the river have risen and exceed safe norms by dozens of times. In 2004, Mayak allegedly dumped some 60 million cubic meters of industrial waste into the Techa illegally.

According to the prosecutors office the estimated environmental damage to the area is some 30 million rubles.

Mayak representatives say that, despite an almost total lack of budget funding (less then 10 percent of what they have requested), a significant amount of clean-up measures were undertaken, including work toward liquidating radioactive particles blowing into the air from lake Karachai, and radioactive waste vitrification. The by-pass channels in the Techa cascade were also cleaned on this shoe-string budget, according to Mayak officials.

The fundamental problem for Mayak isnt even the discharges, but rather the lack of any clear plan to rehabilitate the Techa reservoirs and the territory in general, said Bellona researcher Igor Kudrik.