After ever-shifting deadlines, the Mayak Fissile Materials Storage facility  one of the longest-running projects sponsored by the Cooperative Threat Reduction, or CTR  is scheduled to be completed by the end of 2003, US government sources and Russian engineers working on the facility said this week in interviews. 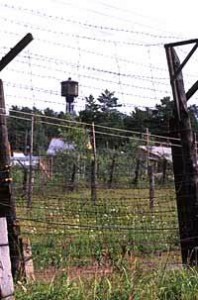 By completed the officials did not mean the facility would be entirely ready to receive all 50 tonnes of weapons-grade plutonium from 12,500 decommissioned warheads it is being constructed to store. But they were optimistic that most of the work would be done, leaving only security systems checks before the site is ready to function, said one of Russias chief engineers working on the project, who spoke with Bellona Web on the condition of anonymity, in a telephone interview from Ozersk, Mayaks home town.

Everything is fine here, and everything is going according to plan, and we anticipate the site will be completed this year, said the engineer, a subcontractor for American construction giant Bechtel, which has been CTRs primary contractor on the facility. We are following a strict plan, the engineer added.

US-Russian Flip-Flop
The position of the US official and Russian officials has changed places in recent interviews about the forecasts for the completion of the Mayak facility.

Last year, US Government officials were remarkably more optimistic, and one senior CTR official told Bellona Web at that time that the facility would be completed by November 2002. But this year, they are far more cautious in their estimates. The Russian side  as did the anonymous Bechtel engineer  offered brighter projections. According to one US official the Russians will tell you this project will be completed a year earlier than scheduled.

CTRs Original Effort in Russia
The 10-year-long, $400-million construction of the plutonium facility  which will hold around 40% of Russia’s weapons-grade plutonium stockpiles, depending on whose estimates one believes  was, according to another US Government official, "CTR’s original effort in Russia to secure nuclear materials" under the decade-old programme, also known as the Nunn-Lugar act, for its co-authors Senator Richard Lugar and former Senator Sam Nunn.

But the Mayak project has also been beset during those ten years with political, bureaucratic and financial setbacks, both from the Russian and American sides, that at times appeared insurmountable. Its completion, therefore, will represent a milestone in US-Russian cooperation in literally burying the remnants of the Cold War.

What these problems have been, however, no one on the American side will say  with or without attribution. As some officials put it, We could tell you about the problems, but that would get us in trouble.

However, one American official with a close knowledge of the project, who spoke on the condition of anonymity, was not so enthusiastic about the projected completion dates the Russians are batting about  or even what completion in this context would mean.

By the end of the year is the goal that the US and Russia have accepted for completion of the facility, said the US official, but I would not hazard a guess at what completion means  I cant even say what form it will take.

Delays and Possible Access Problems
One possible delay in the completion of the plutonium storage facility that some senior US government officials point to is what they say are continued access difficulties imposed by Russian officials on US inspectors wishing to visit the Mayak site. The US has repeatedly called for more effective bureaucracy to govern such inspections, and in March, the US Governments chief auditing body, the General Accounting Office, or GAO, issued a report saying Russia continues to bar US officials from many nuclear sites, despite a more liberal access agreement reached with Moscow in September 2001.

But Russias Ministry of Atomic Energy, or Minatom, has not been cooperative, and Atomic Minister Alexander Rumyantsev responded to the GAO report with defiance.

"As for access by representatives of other countries to our sites where nuclear materials are located, we will not show all sites," Alexander Rumyantsev said recently, according to the Associated Press. Rumyantsev said that the level of access Russia is providing to US officials would have been impossible during the Soviet era. As an example, he pointed to a visit in March by US Ambassador Alexander Vershbow to Snezhinsk, the Mayak nuclear reprocessing centre in the Ural Mountains, where the Ambassador reviewed safety upgrades installed with CTR help.

Minatom, which has provided more or less stable access to Mayak for the past decade, would not comment Monday on whether its stance on access to plutonium storage facilities had changed.

Another possible delay, according to documents obtained from Russias State Committee for Environmental Protection  which was disbanded under President Vladimir Putin  is an embarrassing work stoppage that occurred in 1998, when construction documentation and methods for the fissile storage facility project were found to be in conflict with Russian environmental legislation. The incident was solved, but it provoked a hail of criticism from Russian environmentalists  mostly aimed at Mayak, but which targeted CTR efforts as well.

Yet another sticking point, according to Mayaks Deputy Director Alexander Demidov  who is the plant’s point man for the warhead plutonium storage facility  is negotiations over security systems for the facility, about which he has complained to several Russia newspapers. According to media reports, Demidov has said that the Pentagon had not yet approved a monitoring system for radiation around the fissile materials storage facility  a system that Demidov said the Russians had been negotiating for two years without making headway.

Clem Gaines of the Pentagons Defence Threat Management Agency  CTRs on-the-ground operation  confirmed in a recent email interview that the Mayak fissile materials storage facility will be completed by the end of 2003, but would not say when the facility would be fully operational  presumably a reference to the apparently ongoing security systems negations. He refused to respond to further questions about delays in the project.

Donald Hughes, Bechtels vice president in Moscow, who is overseeing the contractors obligations for the project, was, according to his secretary, not available for comment on the matter. And Bechtels headquarters office in San Francisco deflected questions back to Moscow.

The Mayak plant
Located in the closed city of Ozersk, near the Urals city of Chelyabinsk, the Mayak Chemical Combine was originally constructed as part of early Soviet efforts to acquire an atomic bomb. The weapons plutonium production at Mayak was brought to a halt in the late 1980s and early 1990s. But the facility remains one of Russia’s worst nuclear polluters.

The facility has contaminated the nearby Techa resevoir system, which means if one of its dams breaks, radioactive sediment could be spread to the Arctic via the nearby Ob river. High flood waters that occasionally occur in the spring make this an even bigger danger. Mayak also continues to dump low to medium level radioactive waste in Lake Karachay.

In December, Gosatomnadzor, or GAN, Russias nuclear regulatory agency, revoked Mayaks reprocessing license over these waste dumping practices, which Mayak has repeatedly promised to improve. The license was reissued in April  again on the basis of promises by Mayak that it would examine other waste management methods than dumping into the nearby water sources.

Today Mayak houses the primary reprocessing site in Russia for spent nuclear fuel, or SNF, from civilian and submarine reactors. Known as RT-1, this reprocessing facility went into service in 1976 to separate reactor-grade plutonium. It now reprocesses fuel from naval reactors on icebreakers and submarines, research reactors, fast breeder reactors of the BN-30 and BN-600 type, as well as from first and second generation Soviet VVER-440 pressurized water reactors.