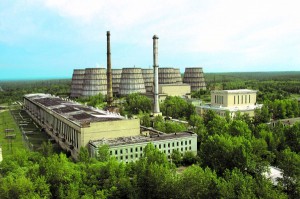 Russia’s first point for long terms storage of “special” radioactive waste is to be built at the site of the EI-2 uranium graphite reactor production in Northern Siberia’s closed nuclear city of Seversk by the end of December, Russian news sources reported.

The repository will rely on exclusively natural barriers between the environment and some of the most radioactively dangerous waste generated in the history of nuclear weapons production.

But scant information on what this barrier will consist of and and how effective it will be have caused doubts about its touted safety among Bellona’s nuclear experts.

The storage site’s completion should, according to reports in Russian media, coincide with the decommissioning of the EI-2 reactor, which is slated before the end of 2015. The repository will hold waste from that and other weapons-grade plutonium manufacturing reactors at the Seversk site.

Russia’s 2011 law on Management of Radioactive Waste characterizes as “special” radioactive waste that is too risky or too expensive to move.

The project to store the special waste at Seversk was announced to RIA-Novosti on Tuesday by Andrei Izmestyev of the Pilot and Demonstration Center for Decommissioning of Uranium-Graphite Reactors, a division of Russia’s state nuclear company Rosatom that was tasked with implementing a decommissioning concept for the country’s 13 shut-down uranium-graphite military plutonium production reactors.

The production reactors are located across Russia, with five at Ozersk, which hosts the Mayak Chemical Combine, three at Zheleznogorsk’s Mining & Chemical Combine and five at Seversk. As a whole, they produced 170 tons of weapon-grade plutonium between 1948 and 1994, according to the World Nuclear Association

The EI-2 will the first of Seversk’s reactors to be decommissioned. The It’s Russia’s first dual-purpose production uranium-graphite reactor, capable of supplying thermal heat for energy and weapons grade nuclear material the same time.

The remaining four reactors at Seversk should be decommissioned by 2030, Seversk’s director, Sergei Tochilin, told RIA Novosti in October.

The decommissioning concept developed by the Pilot and Demonstration Center provides for building multiple safety barriers and sealing off shut down reactors rather than dismantling them individually.

This approach is estimated to cost $ 67 million per reactor. The reactors produced some 170 tons of weapon-grade plutonium between 1948 and 1994, according to the World Nuclear Association.

Izmestyev told the news agency that, by law, waste produced by government armament and defense programs –such as the production reactors at Seversk – and waste which arises as a result of a nuclear accident is automatically characterized as “special.”

He also said that the technologies that would be used to store the special waste were specifically developed for the purposes at Seversk, and are the first of their kind, RIA Novosti quoted him as saying. 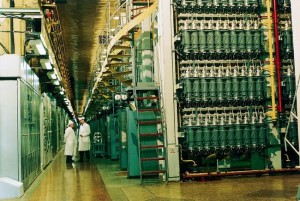 “Thanks to the developed technology […] there’s a way for the first time in world practice to safely decommission a uranium-graphite nuclear reactor via in-situ storage” with the creation of repository for special radioactive waste, he said.

Alexei Shchukin, expert for nuclear programs with the Environmental Rights Center (ERC) Bellona,  said that such boasts without any description of the technology involved are less than desired for an undertaking this dangerous. He also doubted that the technology referred to by Izmestyev was truly as innovative as he suggested to the news portal.

“There is very little information in these comments,” Shchukin said by email. “As is known, the half life of carbon-14 [which is a radioactive by product of irradiating graphite] is 57,000 years – that means at minimum you need at minimum 60,000 years of storage so the radioactivity can reach acceptably low levels.”

Izmestyev said that additional safety barriers between the special waste produced by the EI-2 and the environment were created with exclusively natural materials. He did not specify, however, what these natural barriers were made of and how they would be fabricated into the needed protective shielding.

Email requests to the Pilot and Demonstration Center sent do Bellona have gone unanswered.

“Yes, some clays that have unchangeable properties in all directions is capable of such storage,” said Shchukin. “How to achieve such properties in a man made barrier is beyond my understanding – whatever the case, it had better be able to control the escape of radionuclides for countless thousands of years.”

Izmestyev told RIA Novosti that, “Any technological material has its limited terms of usefulness, where the application of natural materials guarantees nuclear and radiological safety for tens of thousands of years.”

Bellona will continue to send Izmestyev requests requesting information on the technical specifications of the repository and its natural components.