MOSCOW – The Danish vessel Puma, slated to arrive in Russia’s Murmansk on December 15 with a cargo of 333 tonnes of spent nuclear fuel from a research reactor at the Serbian Vinča Institute of Nuclear Sciences, near Belgrade, is reported to have left the Slovenian port of Koper early last week. Upon arrival, the waste is to be reloaded into trains and taken to the Russian reprocessing facility Mayak in the Urals. Russia’s top nuclear authority Rosatom declines to confirm or deny the delivery, while environmentalists are voicing their protests over the dangerous import.

Published on December 14, 2010 by Andrey Ozharovsky, translated by Maria Kaminskaya 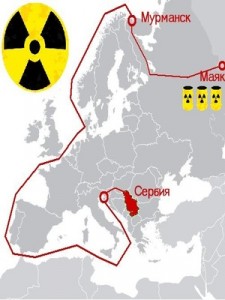 The uproar is the latest in a series tough environmental questions being put to the Global Threat Reduction Initiative, a deal inked between Russia, the United States and the International Atomic Energy Agency in 2004 to repatriate all Soviet origin spent research reactor fuel to Russia. Seventeen countires, among them Serbia, were selected for fuel repatriation.

The programme had been running to the satisfaction of the United States until a week ago, when Germany’s environmental minister, Norbert Röttgen, refused to send spent fuel from the Rossendorf research reactor in the former East German region of Saxony to Mayak. Röttgen said Mayak was unable to safely handle the spent nuclear fuel elements. Germany is the first, and so far the only, country to question the safety of sending spent Soviet origin research reactor fuel back to Russia.

The Puma was supposed to arrive in Murmansk from Serbia on December 13, but as this report was being prepared, the news was updated with information that the vessel’s arrival would be delayed by two days. The delay is attributed to an unplanned refuelling stop-over on the route.

The first report of the new spent nuclear fuel (SNF) delivery came from Decommission, a cooperation project uniting several Russian NGOs – Zelyony Mir (Green World), Gaia Apatity Ecological Centre, and Za Prirodu (For Nature) – and Norges Naturvernforbund (Friends of the Earth Norway). The news has also been picked up by a number of Russian media outlets, but there as yet have been no official confirmations in the reports either from Serbia or Russia.

When reached on the telephone by Bellona Web, the Russian State Nuclear Corporation Rosatom – the top Russian authority responsible for the country’s nuclear industry and, in particular, accepting repatriated spent nuclear fuel – refused to either acknowledge or deny the nuclear transport from Serbia. A Rosatom representative explained the reasons, but absent of a firm denial that refusal may be understood as an indirect confirmation that the transportation has indeed been in progress.

“In accordance with international agreements – this concerns both the Russian Federation and the US – for purposes of protection against terrorist threats, none of the countries is at liberty to talk about facts of transportation of [spent nuclear fuel assemblies] from research reactors,” Vladislav Bochkov, Rosatom’s deputy director of communications department, told Bellona Web.

That the upcoming repatriation of spent nuclear fuel from Serbia was announced already last spring – and a corresponding agreement signed even earlier, in 2009 – may be another indirect confirmation of the current delivery. Bellona Web reported on this agreement on its Russian website at the time.

fuel, currently at the Vinča Institute, is also planned to be repatriated, simultaneously with the return of HEU fuel.”

Russia as a supplier of fresh nuclear fuel to other nations is obligated to take the fuel back for reprocessing once it has been burnt – irradiated, in official jargon – in the reactors of the customer country. Moscow said in the same April document that the work it had been doing to return spent highly enriched uranium nuclear fuel from third-party countries had been completed by last February 1 in Bulgaria, Latvia, Libya, and Romania. SNF was also partially removed from the Czech Republic, Uzbekistan, Hungary, Kazakhstan, and Poland. The repatriation programme for the rest of the year 2010 included importing spent HEU fuel from Ukraine, Poland, Germany, and Belarus, besides Serbia.

The programme also covers low-enriched uranium and fresh nuclear fuel, with corresponding distinctions made in the text of the memorandum where it lists repatriation details for customer countries.

Where is the Serbian waste from?

The Serbian Institute of Nuclear Sciences Vinča is located 15 kilometres away from the Serbian capital, Belgrade. 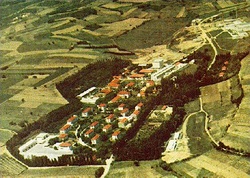 What about the damaged SNF?

The situation with the spent nuclear fuel from the Serbian reactor is in fact quite a typical one. At Vinča, the waste had been collected in the on-site cooling pond and stayed there, unmoved, for decades. Some of the fuel rods have become damaged and, according to the institute’s website, elevated levels of caesium-137 have been detected in the cooling pond water. This makes the leaking assemblies an increased safety hazard, with their handling and transportation presenting enhanced risks. The question – so far unanswered – that follows from this situation is thus: Was the damaged SNF also sent to Russia? 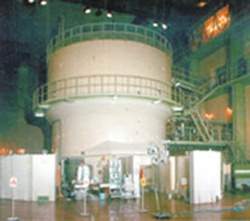 through the food chain, ending up with seafood on Europeans’ dinner tables. This has been going on for the sixty-five years that the nuclear enterprise Mayak has been in operation.”

1. The SNF must stay in those countries that have benefited from its use. Its long-term safe storage must be subject to control of the international community (the IAEA). All further decisions regarding its future must be taken with the participation of the concerned public.

2. SNF reprocessing must be stopped, because this process is accompanied by a release of radioactive waste into the environment, which causes it irretrievable harm.

3. An International Convention on the Decommissioning of Nuclear Sites must be developed and adopted. This Convention should assert the principle of safety equally afforded to all nations and the natural environment when solving issues related to nuclear decommissioning.

The Serbian transport itself – much like similar transports of nuclear waste as these cargoes make their way into Russia – are another subject of concern for environmentalists. In the case of Serbian SNF, the waste was dispatched across the Mediterranean Sea, skirting European borders by water – rather than going by rail. One reason this route has been opted for may have been on account of possible refusals by transit countries – Bulgaria and Ukraine – to allow the waste to cross their territories. But sea or land, transportation of nuclear waste is dangerous regardless of the transportation mode. It will be thousands more miles of travel along Russian railways before the hazardous foreign cargo, once it is transshipped in Murmansk into railway wagons, arrives at Mayak.

Though supposedly serving as just a short layover point, Murmansk is not eager to accept the waste, either.

“What would Murmansk residents want these additional risks for?” asks Vitaly Servetnik, chairman of the Kola Peninsula’s environmental organisation Priroda i Molodyozh (Nature and Youth). “Instead of becoming ‘Russia’s gateway’ to the Arctic, Murmansk may turn into a gateway for nuclear waste from world over.”

Transportation of nuclear materials is highly dangerous, Servetnik points out, with any one delivery a potential ecological catastrophe waiting to happen. Once loaded at the port of Murmansk, special trains will ship the waste through most major cities of Murmansk Region, then crossing into Karelia and from there, across the entire European Russia toward Chelyabinsk. What Murmansk residents will get in return, Servetnik adds, is the radioactive dirt produced during reprocessing and carried back via the Arctic ocean as radionuclide stuffing in fish.

Local protests against nuclear waste imports have been regular in Russia – St. Petersburg is another port via which foreign waste transits into the country – and Murmansk may well greet the radioactive cargo expected this week with just such a sour welcome.

However, protests and statements notwithstanding, nuclear waste imports are set to continue into the foreseeable future. As follows from Russia’s nuclear security memorandum of April 13, fresh and spent highly enriched uranium deliveries are to be completed from a number of customer countries this year and in the coming months – including Belarus, which, despite its President Alexander Lukashenko’s extravagant threats to keep the Soviet-produced HEU it has held onto since the breakup of the USSR, recently announced it was ready to get rid of the uranium by 2012.