MOSCOW – Mikhail Yurevich, Governor of the Chelyabinsk Region, is greeting with open arms the possibility of receiving spent nuclear fuel from Germany at the Mayak Chemical Combine, saying he considers the notoriously contaminated and contaminating site to be completely safe.

Published on November 19, 2010 by Andrey Ozharovsky, translated by Charles Digges

As environmentalists speak out against the import of foreign nuclear waste, Russia’s nuclear oversight agency, the Federal Service for Environmental, Technical and Nuclear Oversight, or Rostekhnadzor, has reported on several of Mayak’s biggest problems.

On Tueday, Yurevich announced that “In the region of the Techa River, all the necessary programmes are being completed, the river bank is being recultivated, and the radiation background in Chelyabinsk is not a cause for alarm. If we compare it with nuclear power plants, Mayak is absolutely safe.”

Bellona Web asked Nadezhda Kutepova, head of the environmental group “Planet of Hopes,” and a resident of Ozersk, the closed city where Mayak is situated, to comment on Yurevich’s remarks. 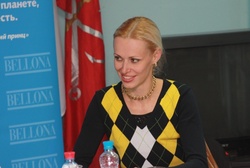 Rosatom has confessed that Mayak as turned the river into a storage site for radioactive waste,” wrote Kutepova.

To get a clear picture, one can turn to Rostekhnadzor’s 2009 report, which dedicated several pages to the issue.

As an example, Rostekhnadzor notes that the absolutely safe Mayak cannot stop itself from dumping liquid radioactive waste into surrounding water bodies: There is occurring “a continued introduction of liquid radioactive waste into open industrial water bodies – into the basins of  the Seversk Chemical Combine, the Mining and Chemical Combine, and Mayak in the absence of the corresponding legislative definitions of these water bodies and normative legal conditions for their use by these enterprises.”

Work to improve safety at Mayak in 2009 consisted of builing canalization, backfilling the liquid radioactive waste filled Lake Karachai, and monitoring the condition of underground burial sites of radioactive waste. “At plant No 235 of the Mayak Chemical Combine, work on creating the first stage of the common waste canal with the retrieval of filtered water on the left bank canal continued; backfilling of reservoir V-9 (Lake Karachai) is underway; the installation of a complex for the concretization of mid-level liquid waste was begun; The programme for radiological monitoring of long term storage underground storage of solid radioactive waste from Mayak for the period of 2009-2012 was developed,” Rostekhnadzor indicated.

Mayak has been throwing waste into Lake Karachai since 1951, and now equals some 120 million curies of radiation. Bellona’s Red Report has more details on this. The problem of Lake Karachai has still not been dealt with. Maybe buy 2015 they will do something: “In 2009, with the aim of increasing the safety of activities realized by [Mayak] in the sphere of atomic energy use, the following engineering and construction work was undertaken…the temporary shut down of reservoir V-9 (Lake Karachai), the third level of shut down is slated for 2015,” Rostekhnadzor reported. 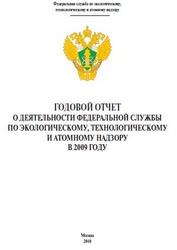 However, none of these programmes is completely financed and are not being realized to completion. “Measures to guarantee solutions to environmental problems linked to current and past actions of Mayak in 2009 under the aegis of the Federal Target Programme ‘Guaranteeing nuclear and radiological safety from 2008 to 2015’ are in progress. According to the progress results of the Federal Target Programme, measures undertaken under the ‘Scientific Research and Experimental Engineering Development’ and ‘Further expenses’ are progressing with full financing. Under the ‘Capital Expenses’ article, financing of work from the federal budget for specific positions did not occur, and development was not fully achieved in 2009,” said Rostekhnadzor.

That is, there are programmes, but only on paper. Most important, capital construction is not being financed. Maybe such a state of affairs would surprise Governor Yurevich, but if this summer’s heat is repeated, the waste lake of Karachai could completely dry out and the wind will again begin to spread radioactive dust from the denuded banks as happened in 1967. Moreover, radionuclides from Lake Karachai seep into underground water tables. According to evaluations in Bellona’s Red Report, the volume of seeped liquid radioactive waste is already some 4 million cubic metres, and the area of the contact zone of their spread is approximately 10 square kilometres. 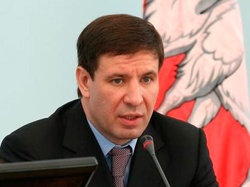 Region. Many countries are competing with us in the area of reprocessing spent nuclear fuel. By all appearances, the competitors are heating up a few environmentalists,” Yurevich said.

“The nuclear industry is misleading Yurevich relative to the procedures of reprocessing spent nuclear fuel, and therefore he is not extolling it, and it is not that prestigious,” said Kutepova. “And even if the Germans take their reprocessed products, a hundred times a greater quantity of liquid radioactive waste will be left at Mayak.”

It would seem that one could boil off this waste or vitrify it, but that is complex and expensive. For Governor Yurevich’s sake, Rostekhnadzor’s date on the vitrification ovens at Mayak should be laid out: only one of the four is in working condition. “The condition of the electric vitrification ovens for liquid waste – currently the EP-500/1-r oven, the EP-500/2 oven, and EP/500/3 oven for the vitirfication of liquid waste are in a state of arrested load. The EP-500/4 is in operation.”

What does Yurevich need Mayak for?

The problem of safe management of nuclear waste has not been solved anywhere in the world, and it has not been solved at Mayak. Sending foreign waste to Mayak is a way to hide waste far from civilization, from oversight, from qualified control, including public control.

Governor Yurevich has either been poorly informed or misinformed by the nuclear industry. He is obliged to recall that it was at Mayak on September 29, 1957 that a horrifying nuclear catastrophe occurred. The assertion that reprocessing spent nuclear fuel is less dangerous than a nuclear power plant allows one to draw conclusions about the incompetence or the biases of the Governor. And such a situation could lead to a repeat of the tragedy of 1957.