British Ambassador Anthony Brenton and two other diplomats were refused entry to Russia’s nuclear ice breaker base, Atomflot, during a scheduled visit on Saturday, British Embassy officials in Moscow said by telephone.

Brenton Was in Murmansk – the home of Russia’s largest nuclear submarines bases as well as the icebreaker port – to take part in Russia’s Naval Day celebrations. Brenton had also been scheduled to visit the Atomflot nuclear icebreaker base, to which Britain had provided £23 million ($46 million) to help ensure safe storage of spent nuclear fuel.

It was expected that Ambassador Brenton would be discussing the progress of the UK-funded project with Atomflot officials, British Embassy officials told Bellona Web.

But the brusque and unexpected turn away provoked comment from Brenton that the incident put a question mark over future British involvement in nuclear remediation projects in Russia’s Northwest – including further help with the spent nuclear fuel facility at Atomflot. 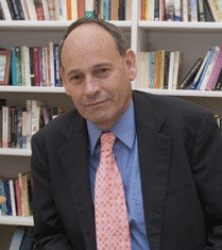 Brenton said through the embassy spokesman that Atomflot’s refusal to let Brenton’s delegation in was not helpful to improving relations.

"This must raise serious questions over the UK’s continuing involvement in this sphere," he said.

The Atomflot base, which is currently owned by the Murmansk Shipping Company, will be passed into the hands of Russia’s state nuclear corporation Rosatom next month.

Atomflot officials told the Interfax Russian newswire that they had turned away Ambassador Brenton, Harry Newton, a diplomatic military attaché, and Anna Myslovo, the head of the consular division of Britain’s St. Petersburg consulate.

“The diplomats were not allowed into a secure facility,” an Atomflot spokesman said, according to Interfax. “Why is not a question for us. It is not our prerogative, but that of the competent authorities, they decide whom to allow and whom not to.”

An Atomflot spokesman, when contacted later by Bellona , could not say who the competent authorities were.

Co-author of the US-American Cooperative Threat Reduction initiative, Senator Richard Lugar was detained along with now-US presidential candidate Barack Obama, and other members of the Senate foreign relations committee, by Russian authorities in August 2005 after the group inspected a nuclear site in Perm.

Similarly, Ingjerd Kroken, a Norwegian Defense Ministry advisor and co-chair of the Arctic Military Environmental Cooperation (AMEC) project, was expelled from Russia in February 2007 after her plane landed in Moscow and was declared persona non grata.

Kroken had been to Russia more than 50 times in her capacity of AMEC co-chair.

US Defence Department officials and other Western nuclear authorities have routinely been quick to play down these repeated access difficulties and have ascribed them in private conversations with Bellona Web as simple efforts by Russian authorities to flex political muscle, and is an unfortunate side effect of working with the sensitive military issues.

The strong reaction from the British Embassy, however, is a marked departure from the policy of handling these snafus privately – and may throw down the gauntlet in front of the government of new President Dmitry Medvedev, Vladimir Putin’s hand-picked successor, in a demand for more openness.

“Such behavior from Russian authorities could lead not only to a cessation of international funding for projects geared toward nuclear and radiation safety in the sphere of dealing with spent nuclear fuel from the icebreaker fleet, but also programmes geared toward augmenting safety at Russian nuclear power plants,” said Vitaly Servetnik, chairman of the Murmansk-based Nature and Youth environmental organisation.

Servetnik also pointed to the recent announcement by mayors of Norwegian provinces close to Russia’s northern border, which stated their opposition to a planned engineering life-span extension for the first reactor block at the Kola Nuclear Power Plant, which serves the Murmansk region.

In the mi-90s, Russia signed an agreement with the European Bank of Reconstruction and Development (EBRD) within the framework of the bank’s Nuclear Safety Account, which reinforced Russia’s obligations to take first generation reactors off the grid.

But when the funding arrived, Russia lost interest in fulfilling their part of the bargain. Between 1991 and 2005, expenditures on TASIS’s programme for nuclear safety reached half a billion dollars.

Atomflot is the technical service base for Russia’s nuclear ice breakers and support vessels. The base was created in the 1960s and was called by its secretive Soviet moniker of “Base-92” until 1998.

The main task of Atomflot’s Technical Specialised Repair Complex (TSRK in its Russia abbreviation) is the repair and technical support of the ice breakers’ nuclear reactors, as well as refueling them and dealing with their spent nuclear fuel.

This includes storage, reprocessing and transport of solid and liquid radioactive waste. One of the TSRK’s new mandates is temporary storage of spent nuclear fuel, which has been made possible by a joint project with the British Government.

In February, Rosatom director Sergei Kiriyenko announced that Rosatom would be absorbing Atomflot and its vessels at part of a streamlining effort for Russia’s nuclear industry.

(Bellona Web’s St. Petersburg bureau contributed to reporting and writing this article, and Charles Digges reported and wrote from Oslo.)