ANGARSK, South Eastern Siberia – Russian environmental groups in their first tour of the future site for the International Uranium Enrichment Centre, slated for construction in this remote Siberian city, declared that Russian state nuclear corporation Rosatom’s apparent policy of openness on the project is a sham. 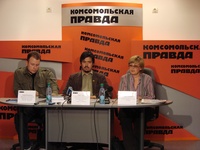 The Russian nuclear industry, as represented by Rosatom, has widely promulgated its willingness to run the international centre, which will serve as a world uranium bank, both producing uranium for countries that can’t or don’t want to enrich their own uranium and sell to a tightly monitored client list to avoid proliferation risks like Iran.

The Centre has already received the warm endorsement of the United States Congress and the powerful Washington-based NGO, the Nuclear Threat Initiative (NTI), which have jointly donated $100 million toward the project. The UN’s International Atomic Energy Agency is on board as well, and Norway, which itself donated $5 million toward the project, had promised to front efforts to raise the additional $95 million to open the centre.

The building of the centre received another boost with the signing in May of a civilian nuclear pact between the United States and Russia, paving the way for technological exchanges, the import of US-controlled spent nuclear fuel to Russian cooperation on the International Uranium Enrichment Centre.

The pact must pass the approval of the Russian Duma and clear sceptical hurdles in US congress. But it has received a much needed boost from the authors of the 1992 Cooperative Threat Reduction act, Senator Richard Lugar and former Senator Sam Nunn.

But few of the powerbrokers involved in the pact, and more specifically the uranium enrichment centre at Angarsk, have addressed the environmental threats inherent in the industrial scale uranium enrichment process itself, which threatens the population Irkutsk and the precious natural resource of Lake Baikal, the world’s deepest lake.

The tour of the facility given by the facility to environmentalists – who are thinking about precisely these problems while the concerned governments debate only the political angles – amounted to little more than a Potemkin Village look at what promises to be one of the world’s largest and dirtiest uranium enrichment sights.

Smoke and mirrors
At a Thursday press conference after visiting the Angarsk Electro Chemical Combine (AEKhK in its Russian abbreviation), the specific locale proposed for the enrichment centre, Bellona and the powerful Baikal Environmental Wave announced that the public was being duped.

“Rosatom portrays openness in the framework of its PR campaign on the creation of the International Uranium Enrichment Centre, however there is, in fact, no openness at all,” Rashid Alimov, editor of Bellona Web’s Russian-language pages told the conference.

On Wednesday evening, Bellona environmentalists, who had been invited to the AEKhK by its administration were denied requests to take radiation readings and were not furnished with information they had requested regarding the handling of depleted uranium hexafluoride – also known as uranium tails – the combine receives in conjunction with two European contracts, and about which secrecy is, in fact, not allowed.

Specifically, Bellona had asked for information about the cost of storing and converting uranium tails, how this was financed, as well the cost and characteristics of an experimental installation at the AEKhK called Kedr, which according to Rosatom plans, will begin converting depleted uranium hexafluoride into a less dangerous form.

Leave your Geiger counters at the door
The environmentalists had brought both domestic and foreign produced Geiger counters with them that were confiscated when they arrived at the AEKhK.

“It was with precisely these instruments that I measured radiation on the surface of containers of uranium waste during their transit through St. Petersburg,” said Alimov.

“There are no secret radiation levels. Moreover, exactly this parameter is subject to norms and monitoring by laws governing transport and storage of radioactive materials, If the AEKhK is afraid of independent monitoring of radiation levels, one can assume they have something to hide.” 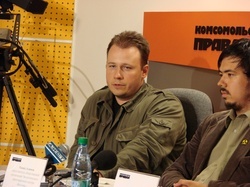 The environmentalists showed a document that had recently received that was signed by Russia’s scandal-tarred former Minister of Atomic Energy, Yevgeny Adamov. The document – order No. 4 from January 1st 2001 – spelled out that one of the Ministry’s main directives was “working out (…) issues of the possibility of returning to customers” the secondary waste associated with reprocessing uranium tails.

However, Rosatom’s current conception for dealing with uranium tails does not take this document into account. International principles dictate the return of radioactive waste to the countries of its origin. The expansion of the Angarsk Combine as the base for the International Uranium Enrichment Centre will lead to the fast tempo production of more and more waste.

The Adamov document also acknowledges the eventuality of breaches to the hermetic seals on the containers of uranium tails and the contamination of local populations and personnel at the concerned facilities – giving detailed projects on what would happen if an airplane crashed into them, a fire broke out and other unpredictable disasters.

Angarsk inspection ‘a day at the beach’
Despite the fact that Rosatom is allowing press tours of the Angarsk facility, they add nothing to increasing transparency. The programme for visitors includes an entire day of tourism, including swimming trips to Lake Baikal, the local museum of the Decembrist Revolutionaries – but no discussion of issues.

According to the environmentalists, Rosatopm is not up to a serious conversation with ecological organisations. The remaining three uranium tail storage facilities near Tomsk, Yekatrinburg and Krasnoyarsk, are even more opaque, and the conditions in which what condition the foreign uranium tails are held under there.

Rashid Alimov wrote and reported from Angarsk and Charles Digges wrote, translated and edited from Oslo.