The United Kingdom has hitched its wagon to a US -sponsored club of 20 countries that want to see more nuclear power plants built globally while keeping atomic weapons in the hands of a few, and has become the 21st member Global Nuclear Energy Partnership (GNEP).

Published on February 27, 2008 by Charles Digges 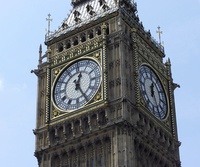 Initially touted as an effective international nonproliferation instrument, which offers control over what nations are able to obtain nuclear know-how, the growing membership of the GNEP –which was inaugurated by Washington with Moscow’s support in 2006, is becoming more akin to a business consortium of rich nations wishing to sell nuclear power to the highest bidder.

And while member nations have pledged to work together to advance the cause of safer nuclear waste storage, its platform of advancing a nuclear power renaissance is far outpacing its ability to deal with spent nuclear fuel.

But Bellona says that the UK and GNEP founding member Russia are less than examples of cleaner safer nuclear waste handling.

“Both the UK and Russia have a very bad track record at reprocessing and dealing with their nuclear waste, which leads to large scale environmental damage,” said Bellona physicist and nuclear industry expert Nils Boehmer.

“Bellona fails to see how the United Kingdom forwarding its nuclear ambitions on an international scale via the GNEP will be beneficial to the problems of dealing with nuclear waste."

The drive for nuclear
The nuclear renaissance is fueled by the notion that nuclear power with it’s nearly zero CO2 emissions, is the golden key to solving problems of global climate change. But this was debunked by Bellona and other organisations, including the US based Nuclear Resource Defence Council.

Bellona found that a large-scale switch to nuclear power world-wide would not only have an insignificant impact on CO2 emissions, but is wasteful considering the other renewable fuel source options that are currently available.

Bellona furthermore found that the average 10 years that it takes to build a nuclear power plant would mean that the plants that are supposed to save the world from climate change would not be ready until irreversible damage had already been done – leaving the world with more nuclear waste and no way to combat global warming.

GNEP membership brings UK nuke problems international
Britain, with its recently announced plans to expand nuclear power throughout the country, will clearly benefit from the GNEP’s commercial inclinations before it can partake of or contribute to the partnership’s nuclear clean up or nonproliferation goals.

Bellona has spoke out against the plans of great Britain, which is currently coming to grips with the £73 billion ($146 billion) to deal with nuclear waste it has already accrued.

And though Britain recently enacted a government guidance that will require all builders of nuclear power plants in their country to supply plans and cost estimates for dealing with new waste, there is little hope of having a geologic repository – the safest way of dealing with nuclear waste – underway in the country before it starts building new plants by 2017.

Nonproliferation benefits sidelined for commercial interests
Other GNEP members, such as Russia and France, are aggressive international nuclear merchants and are happy to sell nuclear technology to whatever country can supply the cash. One of France’s newest customer’s includes Libya.

Russia is set to help Iran begin running the Bushehr reactor, which Moscow built, and has repeatedly promised it will build more reactors there. Both France and Russia share a vision of supplying the virgin nuclear territories of the Middle East and advancing the nuclear cause in South East Asia.

GNEP’s stated goals of keeping a lid on proliferation are therefore dubious in Bellona’s view, given the proven phenomenon proved time and again throughout the world that building a nuclear fuel cycle almost inevitably leads to nuclear weapons productions.

"The UK shares in the vision of improved non-proliferation and nuclear waste management and recognises the real benefits of initiatives such as GNEP," Hutton said in a statement issued before a GNEP signing ceremony in Washington Tuesday.

"With a new generation of nuclear energy now set to be part of the UK’s future energy mix, the UK is in position to play a role in this global initiative," Hutton said in remarks reported by Reuters.

Nuclear peddlers circling Britain
The government is in talks with some of Europe’s largest utilities about building a new generation of atomic power plants in the country and Hutton is expected to meet US-based companies interested in taking part during his visit.

"This important addition provides great momentum for GNEP and will help advance its important goals of expanding clean, safe nuclear power development while reducing the risk of nuclear proliferation," US Energy Secretary Samuel Bodman said in a statement.

But if the example of Yucca Mountain, with is perpetual cost overruns, opening delays and bad science are taken into account, the US hardly has any better solutions to offer for safely storing nuclear waste than any other member of the GNEP does.

Further, all but one of GNEP’s original members – China, France, Russia and the United States – have nuclear weapons, with only Japan limiting its nuclear activity to energy. Britain also has nuclear weapons, so the GNEP’s efforts at hindering nuclear proliferation have already been subverted from the outset

Washington snafus lead to nuclear proliferation
The Bush administration, surrounded as it is by some of the biggest corporate interests in nuclear energy, hopes not only to advance nuclear in the United States, but to open markets for it abroad by creating a monopoly among states it approves for membership in its ranks.

Evidence of this is suggested by the US’s nod to Russia joining the GNEP, which Washington has criticised for more than a decade for Moscow’s assistance in building a nuclear reactor in Iran, possibly the world’s biggest nuclear proliferation worry.

As revealed last month by the US Congress’s Government Accountability Office (GAO), a Department of Energy nonproliferation programme in Russia designed to employ former Russian weapons scientists for peaceful purposes to dissuade them from selling their expertise to rogue nations, has backfired in recent years.

The GAO report showed that US funding for Russian scientists was being spent on scientists who had no experience with weapons in the first place. More embarrassingly, US funding had been given to a Russia nuclear institute that was instrumental in helping build Iran’s nuclear infrastructure.