ST. PETERSBURG – Activists from Russian environmental organizations gathered in St. Petersburg Thursday to protest the arrival of 2,000 tons of uranium tails from Germany in this port city for further transportation to Siberia.

Published on January 24, 2008 by Bellona, translated by Charles Digges

Germany’s MV Shouwenbank freighter put in to port Wednesday morning at six, carrying twice the amount of waste that was initially expected to arrive, activists from Bellona and Ecodefence say.

The load of uranium tails – which Russian legislation classifies as waste, but which the nuclear industry classifies as raw material for reprocessing – has been followed by protestors at both land and sea.

Offloading of the waste has so far been postponed for reasons that were not explained, though protestors report the delay is likely linked to their presence.

Bellona will continue to monitor the load as it passes through St. Petersburg by road to the Izotop facility in the Leningrad Region, and from there to storage most likely in Novouralsk, in the Ural Mountains, where Urenco’s tails have been shipped since 2003. 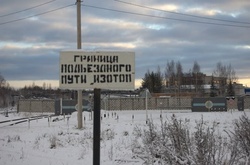 In November 2006 activists from Russia and Germany held an hour and a half blockade of Urenco’s Gronau enrichment facility. In October of that same year, activists also blockaded the German embassy in Moscow.

Other protests of the ongoing shipments were held over the summer and early this autumn in the cities of Tomsk, Yekatrinburg and Irkutsk.

Russia activists also turned to German prosecutors in November with the demand that Urenco stop its illegal shipments. The investigation is still ongoing.