Japanese nuclear waste on its way to Russia?

ST. PETERSBURG – Russian environmentalists have announced the possibility that Japanese spent nuclear fuel (SNF) could end up in Russia and have called the prospect a poorly masked attempted to export waste from Japan’s nuclear industry.

Published on February 25, 2007 by Vera Ponomareva, translated by Charles Digges

At issue is uranium obtained after the reprocessing of Japanese SNF at the United Kingdom’s Sellafield site and France’s La Hague, according to the Japanese newspaper Yomiuri. Both the UK and France have so far accrued more than 6,000 tonnes of Japanese uranium. It is this uranium that could be sent for further enrichment in Russia.

According to the newspaper, the Japanese government and the countries nuclear utility owners have been in talks with Russia over the past two years and are hoping to achieve their objective by this summer.

Environmentalists have said that such deals on the production of spent nuclear fuel are nothing less than a thinly veiled export of nuclear waste. Experience with such agreements shows that after the enrichment of the minority of the radioactive material that has been enriched to fuel has been sent to the customer, the majority of the material that never gets enriched remains in Russia.

The cost of storing and interring this radioactive material has not, in this case, been discussed the contract. 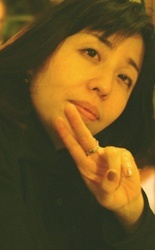 “In fact, we are talking about disposing of waste, not ‘using’ uranium,” said the director for Japan’s Institute of Sustainable Energy Policy, Mika Obayashi in a telephone interview with Bellona Web.

“This is very profitable variant for Japan – it not only receives fuel for nuclear power stations, but can get rid of its nuclear waste as well,” said Vladimir Slivyak, leader of the environmental group Ecodefense! in an interview with Bellona Web.

The press service of Rosatom, Russia’s Federal Atomic Energy Agency, refused to comment on the information printed in Yomiuri without a written request for information. The Japanese embassy in Moscow similarly refused comment because talks were still underway.

An unnamed source from the Russian Agency of Natural Resources and energy fuel cycle department told the Russian newswire ITAR-TASS last week that “We need a diversification of fuel deliveries. Repeat use of Japanese materials that are stored in Great Britain and France are recognized as effective. I cannot comment on the possibility of the signing of such a contract with Russia. This question is not being worked out on the level of the government.”

According to Yomiuri, the issue will be discussed when Russian Prime Minister Mikhail Fradkov and his Japanese counterpart Shinzo Abe meet on Wednesday.

“This question will also be raised at the upcoming G-8 Summit,” said Obayashi, referring to G-8 summit planned for Heiligendamm, Germany on June 8th. Obayashi’s institute of Sustainable Energy Policy, along with several other non-governmental organizations, is planning to participate in the summit.

The suggestion of reprocessing the fuel in Russia, according to Yomiuri, arose due to high prices Britain and France – Japan’s traditional partners – charges for the same services. In contrast to conditions in Russia, French and British prices account for burial of waste that comes from the uranium enrichment process.

“As a result, the atomic industry gets money, and the majority of expenses for burying waste lies on the (Russian) state budget,” said Slivyak. “The taxpayers will have to pay Rosatom’s bill.”

Russian environmentalists have expressed doubt that the Japanese uranium, once in Russia, will even be reprocessed for further use. What could happen is a simple exchange of depleted uranium for fresh nuclear fuel.

“Reprocessing of uranium might is what is on paper. It is not known what kind of nuclear fuel will be sent to Japan – that which is achieved on account of enriching uranium or by some other means,” said Slivyak. “Checking this is rather cumbersome.”

The negotiations with Japan are apparently tied to Russia’s plans to build the International Uranium Enrichment Center in Angarsk, 60 kilometers from the central Siberian city of Irkutsk and 120 kilometers from Lake Baikal, the world’s deepest lake.

If Russia and Japan conclude the deal, the waste will most likely be sent to the Angarsk Electro-Chemical Combine.

Ever since the initiative to build the enrichment center in Angarsk was announced, environmentalists and local residents have protested.

“If the enterprise is as safe as the Muscovites and (Rosatom head Sergei) Kirienko assure us it is, let them build the center in Moscow,” said participants of this protest, called the Baikal Movement.

The Angarsk Electro-Chemical Combine currently holds 500 tons of uranium hexafluoride that has accrued as a result of the combine’s work. The waste is stored in warehouses and in the open air, far below what would be considered secure storage standards.