WASHINGTON – Since the Three Mile Island incident in 1973 no new nuclear reactors have been planned in the United States. The new Energy Policy Act has renewed and extended the so-called Price-Andersen Act which in effect relieves operators of nuclear power plants of clean-up costs if a major accident should occur. Clean up will be paid by US taxpayers. We are left to speculate who will cover the cost of accidents caused by the next generation of reactors and moreover for accidents caused by reactors deployed in developing countries. 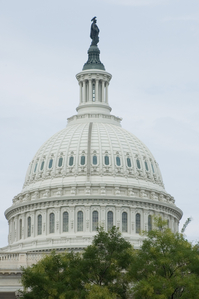 In glossy brochures, a new website and well-rehearsed presentations from all the research directors of National Laboratories likely to be involved in the Global Nuclear Energy Partnership (GNEP) assessment program, the US Department of Energy (DOE) is out selling the GNEP as an answer to global warming and energy dependency. It is truly a bold vision: the GNEP shall provide cheap compact nuclear power-plants to meet the needs of developing countries, reactors shall be more proliferation-resistant and spent nuclear fuel (SNF) reprocessing will dramatically reduce the amount of SNF, leaving no liquid nuclear waste as a by-product. Needless to say, the current administration wants to reduce world dependency on fossil fuel and at the same time give the nuclear suppliers group a more important role and influence on the world energy market.

The DOE realizes that it is not in the driver’s seat either when it comes to reprocessing technology or developing small cost-effective reactors. The United States is also lagging behind when it comes to expertise, having a graying cadre of nuclear physicists. Their ambition is to retain a global leadership position that was lost decades ago. The unpleasant reality for reprocessing advocates is that nobody (Japan, UK, France and Russia) has demonstrated anything remotely close to a successful reprocessing cycle. The UK’s Sellafield reprocessing facility is in dire financial straights, Russian operations are far from safe and Japan is struggling. Reprocessing has been beset with technical difficulties, a failing economy due to stable uranium prices and modest volumes of reprocessed spent nuclear fuel. The total amount of recycled commercial SNF as of this writing is 90,000 tonnes, with an annual worldwide capacity for 5,000 tonnes. How many years and reactors would it take to recycle already existing spent nuclear waste?

Thirty-seven US states have expressed an interest in housing an experimental reactor. In our view this is mostly an illustration of rural Americas desperate need for new employment opportunities than popular support for nuclear energy. Two abandoned reprocessing experiments have still not been cleaned up.

Nuclear Energy – Too cheap to measure?

Bellona shares the belief that future energy needs can only be met by a wide variety of sources. But we should carefully consider which energy sources can deliver environmentally benign energy at the lowest cost. The first year of a three-year assessment will cost $250 million alone. Research efforts aim to establish a recommendation to go ahead with, or to scrap the project by 2008. Rough estimates that are not contested by DOE seem to indicate that a fully developed system of new reactors, transportation and reprocessing would cost $40-60 billion. How much alternative energy with no Green House Gas emissions could be developed with such an amount? The DOE is not even willing to indicate what would be an acceptable energy price, and according to financial analysts finding access to the deep pockets of highly regulated markets is necessary to make new reactors profitable.

The Global Nuclear Energy Partnership has been presented as a truly global enterprise. So far, it seems like the united States has been touring other nuclear energy supplier states without getting more than vague promises. It is highly unlikely that commercial entities abroad will serve the United States their technology on a silver platter. Providing developing countries with cheap, reliable energy seems like a generous offer. Many of these countries are the home to rather unstable regimes, with coups and social unrest as a general rule. Regardless of how well protected and designed small compact nuclear reactors are, they can become targets for terrorist attacks. If countries fail to live up to their commitments to international financial institutions such as the International Monetary Fund (IMF) and the World Bank – or perhaps a bit more speculative – run afoul of the US-administration, can developing nations truly rely on foreign operated power plants?

What is class D resistance?

The DOE propose the refinement of existing technologies such as URIX1a. This technology is basically the mixing of highly radioactive by-products such as Americum and Berkelium to create mixtures that are literally too hot to handle without heavy machinery and remote forklifts. Independent nuclear physicists argue that the mix is only nominally more self-protecting than other available technologies.

What is the alternative?

Firstly, all energy options must be compared on both on the level of environmental impact and on total cost per kilowatt. If we put a cost on carbon emissions, power generation from coal with carbon capture and storage may turn out to provide a rising share of grid electricity. Secondly, we should also strive for energy conservation and stricter efficiency standards and see how we may reduce future energy projections.

Bellona believes that the immediate waste problems and the delay of the Yucca Mountain nuclear waste repository can be solved locally by using dry cask storage at various reactor sites for at least 50-100 years.