Bush budget earmarks $250M for nuclear fuel-reprocessing in US

WASHINGTON, D.C.—The US administration is making plans to revive civilian nuclear fuel-reprocessing after almost three decades of its cessation, including a long-term proposal to provide reactor fuel to foreign countries if they return it to the United States to be recycled, authorities here have said. 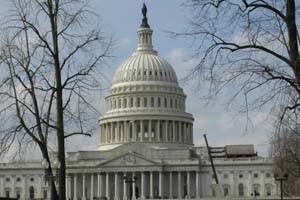 President George Bush will include a request for $250 million in his budget to be released next week as a first step toward reversing the decades-long US policy against nuclear-reprocessing, congressional and administration officials said last week.

In his State of the Union Address on Tuesday evening, Bush gave the nod to building more nuclear power plants in the United States—a move that will create more waste that he thinks will be disposed of by revived reprocessing.

The plan is part of an effort to examine how to deal with thousands of tonnes of spent reactor fuel piling up at US commercial power plants, while also gaining control over future nuclear materials in developing countries, where the demand for nuclear energy is expected to grow. The United States controls an estimated 70-90 percent of the world’s spent nuclear fuel (SNF).

The United States halted all reprocessing in the late 1970s during the administration of President Jimmy Carter because it produces plutonium that could be used in nuclear weapons if obtained by terrorists or unfriendly states.

The Bush plan, expected to be announced as a $250m line item of the US Department of Energy’s (DOE’s) budget, calls for stepped up research into a "more proliferation-resistant" type of reprocessing that proponents say will reduce dramatically the likelihood of theft or diversion.

The new reprocessing approach, as backed by the White House, would not produce pure plutonium but a mixture of plutonium and neptunium that would make the separated elements more difficult to handle and, therefore, ostensibly more secure.

New reprocessing approach flawed
But non-proliferation advocates contend the new process represents little more than—as one described it—a "fig leaf" over the reprocessing the US has rejected since 1979 when former president Carter banned reprocessing because of proliferation worries.

"The tweaking of this process would only provide a minor additional deterrent," said Edwin Lyman, a nuclear specialist at the Union of Concerned Scientists and an expert on plutonium and nuclear fuel reprocessing. .

It would not prevent a suicidal terrorist from handling the material, he said, according to the Associated Press.

Bellona’s Position
Bellona’s nuclear physicist Nils Bøhmer pointed toward the environmental risks of a revival of the US reprocessing complex.

“At the Hanford facility there are unresolved nuclear legacy issues from past reprocessing,” said Bøhmer. “Reprocessing will create liquid radioactive waste, which is a challenging task to deal with.

He also noted that ramping up the old US reprocessing infrastructure would undermine the United States’ moral high ground as it pleads its case with Iran to avert such practices in the Islamic Republic’s nuclear programme.

“The reason Carter stopped reprocessing was fear of nuclear proliferation,” he said. “ In light of today’s proliferation problems, reviving reprocessing in the United States is a step backward and gives the US less leverage in dealing with, for example, Iran.”

Indeed, the new policy seems to contradict US non-proliferation policy, and refocuses the disposition of nuclear waste away from the efforts to find permanent geologic repositories for SNF and toward an environmentally dangerous, uneconomical and security-compromising position.

US plans market gains with reprocessing plan
The Bush proposal, called the Global Nuclear Energy Partnership, envisions that US companies eventually will sell reactors and fuel to developing countries with the stipulation the fuel would be returned to the United States for reprocessing.

Nuclear scientists who have been working on the reprocessing technology for the DOE said up to 90 per cent of spent fuel can be recycled for reuse, reducing dramatically the need for geological disposal—an argument proven to be false by the experience of many European countries.

The initial $250 million is expected to go to stepped-up research and initial work on a reprocessing facility, probably at the Savannah River nuclear complex in South Carolina, said private and government sources familiar with the discussions to Bellona Web.

Bush has been briefed on the plan, and US DOE Secretary Samuel Bodman hinted at the broad outline of the reprocessing initiative and its potential global aspects in a November speech at the Carnegie Endowment for International Peace, transcripts from Bodman’s appearance show.

Countries around the world will demand use of nuclear energy in the coming decades, Bodman said, and "the challenge that confronts us" is providing nuclear fuel and addressing reactor waste globally without increasing proliferation risks.

He said the United States might be one of the countries that could offer "cradle-to-grave fuel-cycle services, leasing fuel for power reactors and then taking it back for reprocessing and disposition."

This practice, however, has proved a dismal economic failure in many European countries. Britain has cut back on its own reprocessing orders, and legislation allowing the import and reprocessing of radioactive waste to Russia have fallen short of Moscow’s goals because of Russia’s inability to reprocess in volume. Therefore, the nation is fast becoming a dump for Soviet and Russian produced fuel.

Yucca Mountain
Bodman said the administration remains committed to completing the Yucca Mountain nuclear waste site in Nevada. But many experts said it will not be able to hold all of the country’s reactor waste if nuclear energy expands with new reactors. Still more experts have said that Yucca mountain is booked solid as of now, and by the time it is operational, the controversial process of building yet another multi-million dollar repository will have to be addressed.

"Reprocessing could help avoid or delay the need for a second repository," Marvin Fertel, a senior vice-president of the Nuclear Energy Institute, the industry’s lobbying group, told a congressional hearing last March.

But Fertel emphasised the nuclear industry views fuel-reprocessing as a technology that is still decades away from being economical—and won’t be as long as fresh uranium is plentiful and relatively cheap.