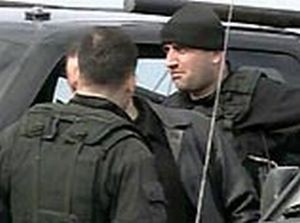 The mens names and nationalities were not released by Turkish authorities, but they where taken into custody while trying to hock a glass tube containing 173 grams of uranium-235 and uranium-238 for a price tag of $7m to Turkish law enforcement agents posing as potential buyers.

The detainees said they had smuggled the uranium from Russia, the mosnews.ru Web site reported Wednesday. Turkish authorities fear the substance was eventually headed for terrorist hands.

Authorities are concerned that incidents in recent years involving the seizure of uranium in Turkey are becoming more common. A spokesman for the Turkish security services said: The only place where the uranium could eventually land is in the hands of terrorists, the Itar-Tass news agency reported.

A source at Rosatom, who declined to be named, said in a telephone interview with Bellona Web from Moscow that he was aware of the seizure and confirmed the material had most likely come from Russia, but added he could not disclose from what facility the radioactive substance might have been taken. It was unclear whether Rosatom, in fact, knew.

Sources in the Turkish security forces noted that the uranium had the capacity to meet one-years worth of New York Citys electricity requirement, Turkeys Anatolia news agency reported. 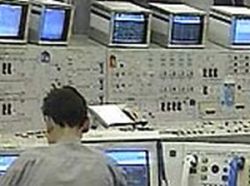 After examining the substance, Turkish Atomic Energy Agency experts said it contained 17 percent of the uranium-235 isotope. The remaining 83 percent was the uranium-238 isotope which does not contribute directly to the fission process.

Under the nuclear Non-Proliferation Treaty (NPT)—of which Turkey is also a signatory—sale, purchase and transportation of any amount of uranium are subject to international restrictions.

What can one do with uranium-235?
Natural uranium consists largely of two isotopes—uranium-235 and uranium-238. Energy production in most nuclear reactors is from the fission, or splitting of the uranium-235 atoms, a process which releases energy in the form of heat. It is also a necessary component in the production of nuclear bombs.

Uranium-235 is an especially radioactive isotope during the fission process and releases huge quantities of energy. Uranium-235 is achieved during the enrichment of uranium ore in centrifuges designed for the process. The quantity of uranium-235 in natural uranium is insignificant, and the uranium-238 isotope is unsuitable for making bombs.

But low enriched uranium can still be used in radiological dispersal devices, or dirty bombs, consisting of standard explosives and radioactive material, which would spread contamination over a wide-spread area. Plutonium, kobalt-60, ceasium-137 and iridium-192 are also suitable to make a dirty bomb. In order to make a proper nuclear bomb, however, some 40 kilograms of enriched uranium would be required.

Most of this material was recovered. American special authorities have documented a number of these thefts:

The latest theft scandal to involve the theft of uranium and other radioactive materials happened at the Atomflot ice-breaker shipyard in 2003. In this case, Atomflots Deputy Director Alexander Tyulyakov was arrested after allegedly trying to sell containers of uranium-235 and 238, radon-226 and lead-214.