Russias nuclear regulatory body, Gosatomnadzor (GAN), has weighed in on Russias efforts to import radioactive waste and its not pretty. Anti-nuke camps are springing up this summer from Krasnoyarsk to Chelyabinsk to the Kola Peninsula to protest the toxic loads, which are, according to Russias Nuclear Power Ministry (Minatom), almost set to roll. Many average Russian citizens, if given the chance, would vote to stop the trains at the borders. 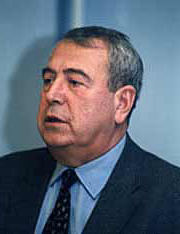 But the plans are in motion and Minatom is the key lobby pushing the scheme, claiming that spent nuclear waste (SNF) imports could earn Russia $20 billion over the next decade. The Ministry has drafted a lengthy analysis of the plan for the Kremlin ahead of President Vladimir Putin’s signing off on the import project.

Nuclear Minister Alexander Rumyantsev said at a recent wide-ranging press conference that the presidential signature should come in October, after a number of sub-legislative documents regulating the process of import, storage, and reprocessing of the SNF are finalised.

The import plan was prepared last year and three laws were hassled through the State Duma, despite 2.5 million signatures petitioning for a referendum on the issue. The Central Election Commission threw 800,000 signatures out on technicalities, some as petty as incorrect street abbreviations. The laws provide for the import of some 20,000 tonnes of SNF to Russia for storage or reprocessing, though Russia maintains the prerogative of returning reprocessed fuel.

Rumyantsev told reporters at a press conference earlier this month that Russia should be ready for its first imports of SNF by November and that the multi-billion-dollar reprocessing plan would commence.

Among the candidate countries — besides a handful of former Eastern Bloc countries — to be sending SNF, according to the minister, were South Korea and Japan. Because the SNF in these countries is under the consent rights of the United States — which controls 70 to 90 percent of the worlds SNF — Rumyantsev said negotiations were still in the works, though he has hinted on many occasions that contracts with Japan are simply waiting to be signed.

It was one of many nuggets that Rumyantsev dropped at the news conference. But Rumyantsev has a habit of dropping nuggets that turn to fools gold when held to the light and that reveal Minatoms basic inability to face how desolate the reprocessing market for Russia is. So strong is the denial that the minister has even, on occasion, invented customers out of thin air.

For instance, officials with Japans Ministry of Economics, contacted by Bellona Web recently, said that Minatom had never approached their government with the suggestion of buying its spent fuel. Officials with the South Korean embassy in Moscow would not comment.

A similar embarrassment occurred last April when Rumyantsev told a meeting of environmentalists that Minatom was set to sign contracts with Great Britain — its primary competitor on the world reprocessing market — to take SNF from Scotlands Dounreay experimental reactor facility. When interviewed by Bellona Web about this, Great Britains nuclear regulatory officials expressed surprise and said that they had no plans to send the SNF to Russia.

Rumyantsev also promised at his press conference that Minatom will fulfil all of its obligations to import SNF from the Hungarian Paks plant — an obligation Minatom was relieved of by the Supreme Court, which found a 1998 governmental decree allowing the import of 400 tonnes of Hungarian SNF illegal. The shipment predated Russias legislation allowing the import of radioactive waste. Mayak is currently in possession of 33 tonnes of that load, but Rumyantsev promised to appeal the Supreme Court decision and import the remaining 377 tonnes of SNF that was stopped in 1998 by an environmental lawsuit.

Officials: Russia not ready to import or reprocess
Even if customers began lining up with trainloads of SNF, if Hungary were allowed to send its 377 remaining tonnes of SNF, and the United States began allowing Russia to import US-consent SNF, highly placed officials at both GAN and Minatom say Russia simply isnt ready for the influx.

Perhaps most embarrassing to Rumyantsevs zeal are recent statements by Nikolai Shingarev, head of Minatom’s board for relations with government agencies and information policy, to Bellona Web about Russias capabilities to launch the reprocessing cash-cow.

No major imports are expected over the next five to seven years because of strong competition on the international reprocessing market — which is divided between France and Britain, he said.

The Eastern European countries from which Russia currently accepts SNF is unlikely to foot the estimated $3.4 billion bill required to get Russias reprocessing industry on its feet.

Further damning evidence of Russias inability to handle reprocessing — and even storage of SNF until reprocessing facilities are ready — came in a scathing letter to Rumyantsev from GAN chief Yuri Vishnevsky, who systematically pointed out the oversights in the Minatom analysis for the Kremlin of the import and reprocessing programme.

In the letter — which was leaked by Greenpeace — Vishnevsky wrote that the Mayak plant in the Urals, where the waste is to be stored, represented an enormous environmental threat and was unsuitable because: