At a seminar in the European Parliament today, the Bellona Foundation raised the need for a common European Union ban on export of spent nuclear fuel to Russia. Such ban should include all current member states but also affect the coming member states from Eastern Europe.

Published on December 11, 2001 by Thomas Nilsen 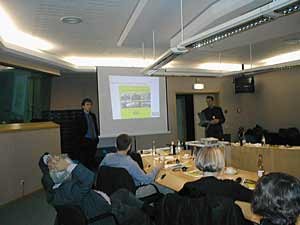 Earlier this year, the Russian State Duma approved three bills favouring importation of spent nuclear fuel. With Russian President’s signature on the bills in July this year, Russia is in principle open for receiving spent nuclear fuel from countries which do not want to take their own responsibility for their nuclear waste.

It is a well-known fact that Russia is not coping with the enormous waste issues of her own nuclear industry. There are currently around 15,000 tonnes accumulated in Russia. The Russian Ministry for Nuclear Energy, or Minatom, is proposing to import 20,000 tonnes more. For that the ministry counts on receiving around $20bn.

Many Russian environmental groups have protested the plans, stating that this might bring Russia into a position of worlds nuclear waste dumpsite. Public polls show extreme opposition to Minatoms plans  between 70 and 90 percent oppose the importation project. 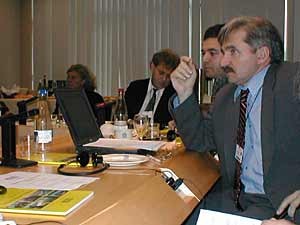 Many members of the European Parliament attended the Bellona seminar in Brussels, together with officials and representatives of private business. Bellona representative Aleksandr Nikitin outlined the scope of the problems which will very well be the result of importing spent nuclear fuel to Siberia.

Nikitin especially pointed out the lack of civilian control over the Russian nuclear industry. He fears that the import of spent nuclear fuel to Russia will contribute to further decrease of the environmental situation in Russia.

– Shipping spent nuclear fuel to Russia could sound like a easy solution for many decision makers in Europe, but in fact it will only increase the problems in a part of the world (Siberia) where the problems are much worse than in rich countries inside the European Union, Nikitin said.

In response, Elisabeth Scroedter, European Parliament member from Greens, suggested to create a parliamentarian commission, which could evaluate eventual attempts of some EU member states to send nuclear waste to Russia.

Bellona has for many years worked actively within EU to promote efforts to assist Russia securing its spent nuclear fuel and radioactive waste. Bellona President Frederic Hauge said rounding up the seminar that you do not assist nuclear safety work in Russia by sending in more waste.