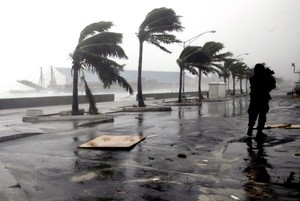 Meanwhile, several nuclear power plants along the US eastern seaboard are bracing for the landfall of Hurricane Irene, a level 3 storm with winds of up to 185 kilometres per hour. Irene is the first Hurricane to hit the US east coast since Hurricane Ike in 2008 and is expected to run a similar course to Hurricane Gloria in 1985.

The redoubled pressure of inclement weather and no offsite power on the North Anna prompted Vladimir Slivyak, co-chair of Russia’s Ecodefence!, an anti-nuclear group, to question what is enough to protect nuclear plants against the elements – which, thanks to the ongoing disaster at Japan’s Fukushima Daiichi, ranks as one of the most important environmental questions of 2011.

“Nuclear power plants can often manage one – even a very tough – single event,” he said in an email interview. “But when it comes to a situation where several events are happening at the same time, it becomes very hard to manage – there is no ideal reactor that can sustain everything and there is no system that can predict everything.”

According to the US Nation Hurricane Centre Center, Irene is expected to make landfall tomorrow along North Carolina’s Outer Banks and head northward by Sunday through the country’s most populous area of some 65 million people.

Virginia is in the projected path of the hurricane, which may make restoring off-site power to the North Anna plant, as well as transport of diesel fuel to the back up generators that are currently running it’s cooling systems, problematic.

North Anna is located 100 kilometers south-southwest of Washington DC and 110 kilometers from the sea, so the plant itself is in little direct danger of seawater inundation or shredding  coastal winds.

But the real danger is Irene wreaking havoc with offsite power lines for North Anna and more than a dozen other nuclear power stations along the east coast.

The storm’s winds – confirmed Alex Marion, vice president of nuclear operations for the Nuclear Energy Institute (NEI), an industry trade group – pose a greater threat to the switch yards and power lines that support a nuclear plant than the reactors themselves, which sit beneath containment structures of steel- reinforced concrete.

But, as shown in Japan, reactors do not remain safe without power flowing to their cooling systems.

Breached seawalls and other barriers against salt water contamination presented the most caustic fuel to the crisis at Fukushima Daiichi; washed out back-up generators and drained batteries led to two core meltdowns in the first three days after the March 11 earthquake and tsunami hit.

The Fukushima example has nuclear workers from North Carolina to Vermont checking back up diesel fuel supplies and fortifying sea barriers.

No outside power for North Anna in sight

There remain no projections about when Dominion Virginia Power, which owns the North Anna station, will be able to restore offsite power to the plant, spokesmen for Dominion said, but added it will likely take days.

On Tuesday, the day of the earthquake and the North Anna shutdown, officials were perplexed as to why offsite power had failed. By today, they said it was apparently disrupted when relays on three large electrical transformers were shaken by the quake, ultimately causing the reactors to shut down automatically.

No release of radioactive material occurred beyond the minor releases associated with normal station operations, the company said.

“In the earthquake, the shaking actually opened the contacts” of the switches in the plant transformers, David A. Christian, CEO of Dominion Generation was quoted by the Richmond Times Dispatch as saying. “The transformers were intact. They were not, in fact, damaged.”

However, the opening of the relays interrupted electrical circuits carrying offsite power to run the two reactors’ cooling systems. The loss of power in turn scrammed the reactors offline.

The relays are small switches used to protect the electrical transformers from damaging overloads.

The plant’s reactors were off for about 10 seconds before the crucial back up generators to run the cooling systems kicked in, said company officials.

But even then, only three of them did their job.

A fourth generator failed for causes that have still not been explained.

Back up ‘safe enough’ but leaves gaps for error

Though cooling reactors with by diesel back up generators is safe, it is a situation that environmentalists and nuclear experts say is not desirous.

Bellona’s nuclear physicist Nils Bøhmer pointed out that while a nuclear reactor can run safely on back-up power, the situation is far from ideal as it proves its weaknesses against the elements.

Speaking of the North Anna plant, he said: “The fact that you’ve had an earthquake and that a nuclear power plant it operating on back-up power, and that outside power still hasn’t been restored shows us that US plants are also vulnerable to natural disasters.”

“Nuclear power plants lose a significant margin of safety when they’re forced to rely on these emergency back-up systems,” he said.

Now all of this will apparently be compounded for the North Anna station by the extreme weather conditions of the coming hurricane.

Elsewhere along the east coast, Entergy’s controversial and aged Indian Point plant, about 40 kilometres from midtown Manhattann, is monitoring the storm, which is expected to reach that area as soon as Aug. 28, said Jerry Nappi, a plant spokesman.

“We have identified by now the plants that could be at risk because of high winds or water surges,” Dotter told the Bloomberg news agency. “We’re looking at what would be necessary to replace them.”

Storm surge is a concern for coastal plants such as Progress Energy Inc’s Brunswick station in North Carolina, said Jim Riccio, a nuclear-policy analyst in Washington for Greenpeace USA, which is opposed to nuclear power.

Other plants, including Constellation Energy Group Inc’s Calvert Cliffs facility in Maryland, and Public Service Enterprise Group Inc’s Hope Creek and Salem facilities in southern New Jersey are at risk of losing power from the electric grid, depending on the storm’s path, Riccio told Bloomberg.

“They’re all at risk of a loss of off-site power,” Riccio said.

To comply, plant operators typically begin shutting down reactors 12 hours before winds exceeding 119kilometres per hour are predicted to arrive, said Roger Hannah, a spokesman with the US Nuclear Regulatory Commission’s Region II office in Atlanta.

Taking into account all of the preparations that need to run like clockwork before heavy winds and high waters hit, plus the already wobbly state of the North Anna plant, it becomes more difficult to accept the risks inherent in nuclear power, said Ecodefence’s Slivyak.

“As long as we run nuclear reactors, Chernobyl- and Fukushima-type of accidents will be a reality; this brings us to fundamental questions of [the risks] we are willing to accept,” he said.

“Germany decided it could no longer accept them, and Italy and Switerland have so decided as well,” he said.

“Russia and the United States are still thinking they can manage.”