Almost all US nuclear reactors have back up power batteries for cooling operations that would last half as long as those in use at the crippled Fukushima Daiichi in Japan, and almost all have virtually unprotected, unsatisfactorily cooled, and overcrowded spent nuclear fuel storage pools, a nuclear expert testified at a US Senate briefing Tuesday. 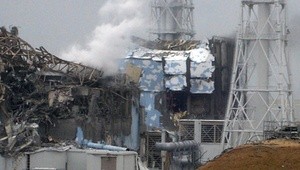 But President Barack Obama is showing a high degree of resistance to taking swift and broad measures within the US nuclear power industry to assure safety because of the long umbilical cord of cash from the nuclear industry that has and will continue to finance his campaigns for office, sources told Bellona Web.

Every failure at Fukushima Daiichi – which has resulted in partial core meltdowns, hydrogen explosions, levels of radiation in reactor water at 100,000 times normal, contaminated food, drinking water and seawater, the spread of radioactivity worldwide, soil contamination by plutonium and the displacement of hundreds of thousands of people – is directly traceable to the exhaustion of the eight hour back-up batteries at the plant and the inability to restore other sources of power to cool reactors and spent fuel storage pools.

The revelations by the Union of Concerned Scientists’ David Lochbaum, were a blow to US government officials’ and the nuclear industry’s repeated assertions since the catastrophe at Fukushima Daiich began unfolding that US nuclear energy would progress, and that failsafes in place in the United States were guarantees against a similar scenario.

These same problems visited on Japan could plague nearly any US nuclear reactor in the event of a power black out and a loss of back up diesel generators and batteries, as happened in Japan, Lochbaum told the Senate committee.

Lochbaum, a nuclear engineer who worked for many years in nuclear power plants, including those of the same design as the Fukushima Daiichi plant, said that just 11 of the United State’s 104 nuclear plants had eight-hour batteries, and 93 had four-hour batteries. The batteries are not powerful enough to run pumps that direct cooling water.

“I cannot emphasize enough that the lesson from Japan applies to all US reactors, not just boiling water reactors like those affected at Fukushima,” Lochbaum said. “None are immune to station blackout problems. All must be made less vulnerable.”

The boiling water reactor that Lochbaum referred to is the General Electric Mark 1 Boiling Water Reactor design. The United Stats operates 28 such reactors.

A quarter of US reactors operating on a flawed design

Mitsuhiko Tanaka, an engineer who was responsible for implementing the GE Mark 1 design at the Fukushima Daiichi plant in the early 1970s said in a recent interview that for 40 years, he and others knew that reactor design to be flawed because its containment vessels are too small to adequately withstand pressure build-ups of the kind that caused major hydrogen explosions at Fukshima Daiichi’s reactor Nos 1, 2 and 3.

And 35 years ago, Dale G. Bridenbaugh and two of his colleagues at General Electric resigned from their jobs after becoming increasingly convinced that the Mark 1 reactor, which they were reviewing, was so flawed it could lead to a devastating accident.

“The problems we identified in 1975 were that, in doing the design of the containment, they did not take into account the dynamic loads that could be experienced with a loss of coolant,” Bridenbaugh told ABC News on March 15. “The impact loads the containment would receive by this very rapid release of energy could tear the containment apart and create an uncontrolled release.”

Tanaka, who says he turned his back on nuclear energy after Chernobyl in 1986, brought several specific concerns about Fukushima Daiichi’s reactor No 1 in 1988 with no results. Two years later he made his concerns public in a book entitled “Why Nuclear Power is Dangerous.”

As a consequence of the explosions at Fukushima Daiichi, massive amounts of radioactivity are suspected to be leaking from ruptured cores, Tokyo Electric Power Co (TEPCO) has said in recent days. A core rupture at reactor No 3 is especially dangerous, as the unit has been operating on mixed plutonium and uranium oxide, or MOX, fuel since September. A rupture in the core would explain levels of plutonium that Japanese officials have been detecting in soil since March 21.

In order to avert repeated pressure build-ups, Japanese technicians have been forced to release radioactive gasses into the environment in venting procedures.

Addressing the US Senate committee with Lochbaum was Anthony Pietrangelo, senior vice president and chief nuclear officer of the Nuclear Energy Institute, the industry trade association. “To get to 48 hours, or 72 hours, pick a number,” he said of the backup batteries.

“We’re going to have to take a hard look and see what resources would be required,” he said.

After the committee briefing, Pietrangelo told reporters that one alternative to adding long-lasting batteries could be having portable diesel generators available for quick dispatch to a reactor. Some equipment intended to cope with a severe accident or terrorist attack is already centrally stockpiled, he said.

No slow down for American nuclear power thanks to campaign cash

The Obama administration has signaled that it has no intention of abandoning nuclear power and said it will press ahead with new plant projects pending the outcome of a 90-day review of all 104 nuclear power stations in the US by the Nuclear Regulatory Commission (NRC).

The US government will not be taking steps like Germany’s, which has shut down several of its nuclear power plants for review in the wake of the Fukushima Daiichi disaster. Nor has Washington seen any 300,000-strong demonstrations demanding an end to nuclear power, as happened last weekend in Italy.

The stance of Obama – who early in his presidency crafted an image of a green, renewable energy administration – is not surprising: On March 12 – the day after the catastrophic 9.0 scale earthquake and subsequent 15-meter-high tsunami hit Fukushima Daiichi and knocked out all of its power –  the US media reported that Duke Energy, a US nuclear giant, was providing the Democratic convention host committee with a $10 million line of credit for the party’s 2012 national convention to re-elect Obama.

Executives and employees of the Illinois-based Exelon – America’s largest nuclear utility – had, since 2003, contributed at least $227,000 to Obama’s campaigns for the US Senate in that state and for the presidency. Two top Exelon officials, Frank Clark, executive vice president, and John Rogers Jr., a director, are among Obama’s largest fund-raisers, source told Bellona Web.

Another Obama donor, John Rowe, chairman of Exelon, is also chairman of the Nuclear Energy Institute, the nuclear power industry’s lobbying group, based in Washington. Exelon’s support for Obama far exceeds its support for any other presidential candidate.

William Borchardt, the chief staff official at the NRC, told Tuesday’s hearing that the Fukushima crisis would have no impact on the commission’s granting of new licenses or license extensions.

The NRC, in fact, approved two new reactor projects on March 1 – coinciding with the $10 million line of credit offered to the Democratic Party Convention.

But Borchardt quickly added that if Japan’s experience shows that changes in reactors are needed in the United States, they will be ordered immediately, regardless of the status of the plant’s license, license extension or license application.

At the hearing, officials from the US Energy Department (DOE) and the NRC were quizzed by the Senate panel on whether they had drawn any early conclusions and were taking steps to prevent such a crisis from occurring in the United States.

Lawmakers were told repeatedly that those answers would be forthcoming once the 90-day plant review was complete, but were also assured that plants that had received continuous upgrades were safe.

“Are you fully confident that once we’ve reviewed all of that [… ] you will be in a position to evaluate whether – if the exact same set of environmental conditions that occurred [in Japan] were presented here in US – whether or not we would be able to withstand it without a meltdown or release that occurred there?” asked Senator Mike Lee, a Utah Republican, according to a transcript of the hearing.

“In general, yes sir,” responded Peter Lyons, the DOE’s acting assistant secretary for the Office of Nuclear Energy, who proceeded to detail the kinds of assessments nuclear plants undergo to be prepared for a natural disaster.

“We can say with confidence that US nuclear plants continue to operate safely,” Borchardt told the commission, noting that that confidence was based on a “defense in depth” that included multiple physical barriers to radiation leakage at every reactor and diverse emergency systems.

But lawmakers pressed them on American systems for storing spent nuclear fuel onsite, which involves storing spent fuel rods in crowded ponds before transferring them to dry cask storage.

Unlike a reactor vessels, which are protected by several layers of steel and concrete shells, the storage pools are in the upper reaches of reactor buildings, with no enclosures, and are the weakest part of a plant’s “defense in depth” strategy for keeping high radioactivity from reaching the environment, nuclear industry critics say.

If breached – as they were at Fukushima Daiichi’s reactor No 4 and apparently No 3 – the spent fuel pools can pose as large, if not a larger, threat depending on how much fuel is in them and the age of the fuel.

Senators zeroed in on this weakness, unimpressed by Borchart’s assurances that spent-fuel pools in that the GE Mark 1 reactor design had been beefed up in the United States to include additional “procedures and pieces of equipment” to keep the spent fuel pool full of water – including backup power systems – and Lyons’s assertion that both dry cask and spent-fuel pool “storage systems were deemed to be safe.”

Lochbaum hammered the NRC’s willingness to permit nuclear utilities to hold most of the nation’s spent fuel in pools rather than “dry cask” storage.

“All US reactors have more irradiated fuel in spent-fuel pools than in the reactor core,” he said. Yet those critical pools are “cooled by fewer and less reliable systems than are provided for the reactor core.”

Two simple measures, he said, would better manage the risk: accelerate the transfer of spent fuel from pools to dry cask storage. Second, upgrade guidelines for how to address an emergency for spent-fuel pool problems.

“Having more irradiated fuel that is less well protected and less well defended is an undue hazard,” Lochbaum added.

Bill proposing moratorium on plant extensions to be introduced

Separately, Representative Edward Markey, Democrat of Massachusetts, said Tuesday that he would introduce legislation to require that American plants acquire 72-hour batteries along with 14 days of fuel for the backup diesel generators.

Fukushima reportedly had seven days of diesel fuel, but the tanks were washed away by the tsunami; most American plants bury their tanks for safety, according to industry officials.

The bill would also impose a moratorium on license renewals and on new plant licenses. Two weeks before teh Fukushima Daiichi disaster, the plant’s reactor No 1, which is 40 years old, was granted a 10-year operational extension even after stress cracks were found in its back-up diesel generators. Similarly, the NRC has granted an operation extension to Vermont Yankee nuclear power plant despite its age and continued leakage of tritium into water supplies.

But the bill may not be enough.

As Lochbaum told the hearing in his prepared remarks released on the Union of Concerned Scientists’ Website: “If the past three decades have demonstrated anything, it’s that the NRC will likely come up with a solid action plan to address problems revealed at Fukushima, but will be glacially slow in implementing those identified safety upgrades.”

“A comprehensive action plan does little to protect Americans until its goals are achieved,” he continued. “We urge the US Congress to force the NRC to not merely chart a course to a safer place, but actually reach that destination as soon as possible.”