United States Energy Secretary Steven Chu sought Wednesday to assuage lawmakers over their concerns that President Barack Obama might not support nuclear energy for the country after he all but buried the $97 billion Yucca Mountain nuclear waste dump in Nevada. 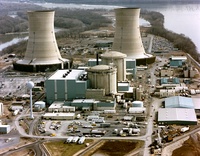 Chu’s remarks have offered some of the clearest insight yet into how the Obama administration intends to approach nuclear power – something that has remained a shadowy topic, even after Obama revealed his budget two weeks ago.

His words could also help define the energy policies of other countries, as the worldwide nuclear industry lobby continues to promulgate, with apparent success, that nuclear energy is an integral carbon free way to produce energy amid a global climate crisis – a point of view that Bellona has repudiated.

"Nuclear is going to be part of our energy future. It has to be," Chu told members of the Senate Budget Committee at a hearing in which a half dozen senators, Republicans and Democrats, raised concerns about the administration’s support for nuclear power, according to transcripts of the meeting.

Chu said he is ready to act on loan guarantees for the first group of new reactors, and plans on "moving very aggressively to getting the money out the door."

Thirty-one power plants are pending construction in the US. The Nuclear Regulatory Commission, which issues the licenses for new plants, is working to approve two generic designs for new plants that should help expedite the licensing of site-specific plants, Chu said

Congress in 2005 authorized $18.5 billion in loan guarantees for new reactors, and this money would be used to jump start a nuclear build, said Chu.  Some 20 percent of America’s energy comes from nuclear power.

But Chu said the Obama administration is determined to move in a new direction on how to deal with the thousands of tons of waste in the form of used reactor fuel now being kept at power plants.

Obama’s current budget offers nothing for nuclear
Obama’s budget, which has now moved to Congress for approval, is heavy on cash and incentives for renewable energy, but dealt out no loan guarantees for new nuclear power plants sought by the US nuclear industry.

The budget also reduced funding for Yucca Mountain to a minimum dollar amount of $288 million until the end of this fiscal year for answering questions from the NRC, which is still studying Yucca’s operating application. Chu said the application will not be withdrawn from NRC consideration because the process could provide an insight as to what the NRC will require of a future nuclear waste strategy.

America finally awake to nuke waste issues
Since the plug was pulled on Yucca , major US dailies have – in a way they rarely have before – been questioning on their opinion pages and in editorials just what America should do with it’s nuclear waste now that Yucca is no longer an amorphous but comforting ultimate solution.

Yet America has been getting a highly public education on the way that nuclear waste is currently stored – in cooling pools on site at its 104 nuclear reactors – and now knows that such a solution is finite.

In a Senate hearing last week, Chu told lawmakers that he and Obama were giving up on Yucca because, in Chu’s words, “we can do a better job.”

Bellona supports the Obama administration’s intentions to keep spent reactor fuel on site until safe geologic storage for it can be found in the United States. Recent scientific studies indicate that water flows through Yucca Mountain much faster than initially believed, raising concerns that it could radioactively contaminate the water table.

Obama not anti-nuclear
The Obama administration’s abandonment of Yucca has led many lawmakers to accuse it of being anti-nuclear. In Wednesday’s hearing Chu reiterated time and again that this was not the case, even though it has slammed the breaks on Yucca.

"I believe in nuclear power as a central part of our energy mix. It provides clean, busload electricity," Chu told the hearing.

Chu said spent nuclear fuel can be kept safely "for decades" at reactor sites. And he said he hopes to have a recommendation from a special panel on alternatives to Yucca Mountain and long-term nuclear waste disposal before the end of the year.

He said he will soon name members to the planned panel.

Reprocessing not entirely off the table – yet
Chu also told lawmakers that the administration was not outright opposed to fuel reprocessing. But he was quick to say that, because methods used in Europe and Japan are environmentally unsound and raise concerns about proliferation because they produce pure plutonium.

"Closing the fuel cycle is something we want to do," said Chu, referring to future reprocessing of waste so it can be recycled, but said more research had to be carried out to find alternative ways of doing it.

This means that America may, at some point during this administration, raise its 30-year moratorium on reprocessing.