An accident at Sellafield would hit Norway seven times harder than Chernobyl: Report

An accident at England’s aged Sellafield nuclear facility would have seven times the environmental impact in Norway that Chernobyl did, according to recent estimates by the Norwegian Radiation Protection Authority, eliciting environmental criticism of Oslo’s environmental minister. 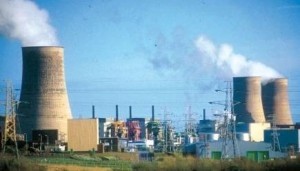 “Norwegian Environmental Minister Erik Solheim has so far not done his job in this matter,” said Bellona’s Nils Bøhmer.

Norway has so far spent 650 million K ($140 million) on countermeasures after the disaster at the nuclear power plant in Chernobyl in 1986. But for those in Norway, those consequences could be a drop in the bucket compared to an accident at Sellafield in Great Britain.

A new NRPA report released in Norwegian at the end of January said that any accident at Sellafield would hit Norway with seven times more radioactivity than the country received after Chernobyl.

Nuclear physicist and Bellona executive director Bøhmer, believes the report should be a wake up call for Solheim.

Solheim must wake up

“The report clearly shows that Sellafield poses a serious environmental threat for us here in Norway,” said Bøhmer. “Environment Minister Solheim has not done his job in this case. This is the time to wake up. “

Bøhmer believes that the efforts of Solheim on this issue have been far worse than those of former Norweigan Environment Minister Børge Brende (Right party) undertook in his day.

“There is a division between that which Brende did and what Solheim is working toward now. Now that we know that Sellefield is not creating fewer problems not than in Brende’s period, this is disappointing,” said Bøhmer.

The NRPA report takes as its point of departure an explosion at Sellafield that begins to burn at the plant. This would mean, according to the report’s projected scenario, a 1 percent emission from radioactive waste in the so-called HAL tank, a tank holding high-level liquid waste from spent nuclear fuel reprocessing. This would then be spread by air currents, and some of it would end up in Norway.

“The solution to this problem exists: The tanks must be emptied and the waste converted into solid form,’ said Bøhmer. “This is what Solheim should now be on the road to pushing the UK to implement.”

Bøhmer is further concerned that Britain is being tossed by tough economic seas and that its government may be tempted to cut funding for the handling of radioactive waste.

“Fortunately, [the UK was] able to forego the cutting of cleanup at Sellafield in the autumn, and Solheim must now do his part to ensure that it does not happen later.”