The British government is failing to provide adequate funding for the Nuclear Decommissioning Authority (NDA), the body responsible for cleaning up Britain’s nuclear waste, and funds will have “increase significantly,” a report published earlier this week by the House of Commons Business and Enterprise Committee says.

Published on April 8, 2008 by Charles Digges 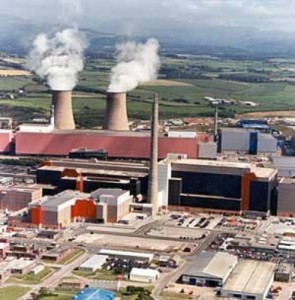 The new committee report is further evidence to environmentalists that British nuclear clean up efforts will continue at a snail’s pace, with likely financial spillover to taxpayers. It is also highlights future difficulties in paying for new nuclear waste storage as Britain embarks on an aggressive campaign of new nuclear power plant construction.

The British Parliament’s Business and Enterprise Committee called into question the sustainability of the Nuclear Decommissioning Authority’s (NDA) financing model, warning of difficulties because of the "volatility and uncertainty" of the group’s commercial income.

The committee called for assurances from the Government that NDA funding requirements would not impact on other areas of the Business Department’s work after being told that it had already spent more than 40 percent of its expenditure limit on the NDA.

British Business Secretary John Hutton has promised taxpayers will be protected from the vast cost of decommissioning nuclear waste, the Press Association reported.

NDA financial model ‘unstable’
The NDA’s activities at 19 nuclear sites, including Sellafield, absorbs 42 percent of the £4 billion ($7.9 billion) annual budget allocated to Britain’s Department of Business, Energy and Regulatory Reform (DBERR) for NDA’s decommissioning efforts. Annual costs are expected to rise by a further 5 percent a year over the next three years, with “major implications” for DBERR’s spending plans.

“We believe the NDA’s funding model is unsustainable,” the report, called Funding the NDA, concludes, as quoted by the Times of London.

“Nuclear decommissioning is too important to be left to the mercy of changing priorities in the Treasury and uncertain commercial income. A new system of funding is needed, and work on this needs to begin urgently,” the report reads.

NDA in the red thanks to THORP
British Greenpeace’s senior nuclear campaigner Ben Ayliffe told the Press Association that the NDA’s finances were in a "terrible state", adding: "Costs for nuclear waste are spiralling out of control and it’s the taxpayer who has to foot the bill.”

"The Government gambled on nuclear dinosaurs like THORP and the Sellafield Mox Plant keeping the NDA out of the red, but they’ve been such unmitigated disasters that the agency is now mired in a financial black hole," said Ayliffe.

Since the NDA was formed in 2004, the clean-up of legacy nuclear facilities has been paid for with a mix of funds — roughly half in direct government grants and half generated commercially by the NDA — and allocated in three-year cycles.

But this commercial income — the bulk of which comes from the reprocessing of spent nuclear fuel at Sellafield’s contentious THORP facility, which is currently operating without necessary safety licenses four years after a plutonium an uranium leak shut the site down  — plus the sale of electricity from the NDA’s two remaining operational power stations at Wylfa and Oldbury has fallen short of expectations.

Costs expected to climb
Member of Parliament Peter Luff, the committee’s chairman, told The Times that there was “no reason” to believe that the latest estimate of £73 billion to pay for the long-term clean-up Britain’s nuclear waste would not go up in the future.

But Luff said that there had been a consistent failure to grasp the scale of cost increases for nuclear decommissioning and to make accurate forecasts about the commercial income available to the NDA, which has fluctuated wildly because of operational problems at the organisation’s ageing plants.

DBERR has already been forced to request an extra £400 million to fund the NDA during the current year, although the committee said that this was largely a technical issue, arising from extreme volatility in commercial income and a dispute about how to account for the proceeds of some contracts.

Nevertheless, the committee argued that the incident showed up “fundamental problems” with the funding structure of the NDA.

It said that it would be “completely unacceptable” if DBERR were forced to make cuts in other spending areas to continue funding the organisation.

A spokeswoman for DBERR said that the Government “agrees with” the committee’s findings. “It is time to review the model and [we] will be looking at options for updating it,” she said.

The Government claims to have set aside money to cover the next funding cycle from 2008-11, but the committee said that it was “sceptical about how watertight” such assurances were.

The NDA’s budget for the next three years, 2008 to 2011, is £8.5 billion — an increase of £671 million. It represents the largest amount ever spent on the UK civil nuclear clean-up programme.