BNFL board puts British Nuclear Group up for sale

The state-owned British Nuclear Fuels Ltd (BNFL) confirmed over the weekend that it would sell off British Nuclear Group (BNG), BNFLs specialist decommissioning arm, which also manages safety at the Sellafield facility, among other sites, in a bid to make it more attractive to potential bidders like Halliburton, Bechtel and Fluor and other contractors that are tipped to buy into Britains nuclear decommissioning industry.

Published on October 4, 2005 by Charles Digges 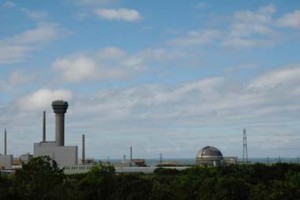 The state-owned BNG operates most of Britains civilian nuclear sites, including the Sellafield site in West Cumbria, England. BNG has a contract on that site for another three years through Britains newly formed Nuclear Decommissioning Authority (NDA).

After that contract lapses, contract management of the Sellafield site and its decommissioning through the NDA will be put out to general bid, and US-based giants like Bechtel Halliburton and Fluor —which has worked on Britains nuclear sites—have made no secret of wanting to get in on the ground floor.

Fridays announcement by BNFL came as no big surprise for BNG and its 15,000 workers, though it was also widely expected by many industry observers that BNG would be among those contractors submitting bids to the NDA to manage the Sellafield site come 2008.

Instead, said one worker at the Sellafield site, it looks like we will could get swallowed by a much larger corporation.

One union spokesman said that: With BNG as the incumbent out there now, it would be easier for whoever acquires BNG to get their feet under the table, when the site goes up for general tender in three years, said one union spokesman.

But the spokesman noted that BNGs three-year contracts is a double-edged sword.

Whoever does buy us is really only guaranteed three years’ business if they lose out on the tender in three years, he said.

DTI chief distancing himself from eventual sale
The Friday announcement seemed to be something the Department of Trade and Industry (DTI)—under the aegis of which the NDA was created—would rather not be dragged into. The DTI is the sole stakeholder in BNG.

Speaking on BBC Ones Sunday AM programme DTI head Alan Jonhnston said: The BFNL has announced that British Nuclear Group, which is actually just about managing these plants and dealing with the waste, that they have made a decision as a board to sell that off. That is not a decision that has come to me yet.

According to some British officials, the DTI does not wish to be associated with any decisions about an eventual buyer for BNG.

Responsible NDA officials, despite several phone messages, could not be reached for further comment.

The union spokesman said that there was much fear among workers who know how the Americans, and the giant corporations there do business.

They are frightened for their jobs, he said.

But all depends on actually selling BNG, and the British press and British nuclear authorities were speculating widely Monday as to what the asking price could be. Most papers and experts agreed that it would fall somewhere in the range of 100m to 150m pounds.

Bellonas hope—Maintaining transparency
It is the hope of Bellona that, if BNG is sold, that the purchasing body will be one that interfaces with BNGs growing corporate culture of openness, and its transparency on issues of safety, finance and public responsibility. In the past year, Bellona representatives have visited Sellafield twice, and on both occasions allowed to publicise previously sensitive information.

The BNFL statement
Over the weekend, a BNFL spokeswoman said the board had considered BNG’s strategic options and decided that "the preference of BNFL is that it BNG should be sold—we feel this would be in the best interests of the company and employees," the Guardian newspaper reported.

On Monday, another BNG spokesman confirmed that statement to Bellona Web, writing in an email interview that, on Friday, BNFL met the trade union National Officers and advised them that, following consideration of a number of strategic options for BNG, the preference of the BNFL Board is that it should be sold.

The Board feels that this would be in the best interest of the company and its employees and both sides agreed that they wish to see British Nuclear Group in the strongest possible position to win the upcoming competitions, wrote the spokesman. The ultimate decision on any sale or otherwise will be made by the BNFL Board after full consultation with all stakeholders and the Secretary of State for Trade & Industry.

This consultation started with this Fridays meeting and will include discussions with all stakeholders including Trade Unions, the NDA, regulators and the Shareholder Executive, wrote the spokesman.

We will be working together (company and trade unions) during this consultation process to provide
reassurance to the employees on a number of issues and, in particular, those of terms and conditions, pensions and jobs.

Mike Parker, chief executive of BNFL, framed the BNG sale as a positive move that would give it a competitive edge.

We all wish to see British Nuclear Group in the strongest possible position to win the upcoming competitions, for nuclear clean-up operations in Britain, Parker said in a statement.

Unions in a resigned funk
Trade union leaders were reportedly resigned to the sale of BNG, but expressed reservations. There are three unions working on the Sellafield site—Prospects, GMB, and Amicus. The Independent, a British daily, reported some 4,000 BNG workers stand to lose their jobs in an eventual sale.

"The UK government must retain responsibility for the nuclear industry BNG must not be sold off to the highest bidder but to the most competent. This is the most safety-critical industry in the UK: There cannot be a Hatfield at Sellafield, wrote Michael Graham, an official with the Prospects, in a statement on the unions web page.

These criteria will be all the more important if there is to be a sale to a foreign consortium as is all too likely, said Graham.

Overseas buyers are already queuing up to buy Westinghouse, BNFLs US operating arm, which the board put up for sale in July.

Graham also expressed concern that with the government reopening the debate on nuclear power, the sale of BNG could affect the British nuclear industry’s ability to deliver new generating capacity—a pet project of the government of Tony Blair.

Graham plans to write DTIs Johnson seeking assurances over the terms of the sale. He expressed particular concern at the impact of selling BNG on the industrys ability to deliver new build, just as the NDA is launching a high-speed programme to decommission the ageing Magnox reactors.

Dougie Rooney, the trade Union Amicus’ national officer, which represents another percentage of workers told the Independent that: "We are concerned to make sure any buyer will work with the trade unions and the workforce to build the business."

The first union spokesman said that there has been thus far very little discussion with management. He said that leaders from all three unions working within BNG will be meeting over the next three weeks to develop a unified strategy.

We hope then to influence managements choice of a buyer for BNG once they had worked out a shortlist of potential buyers, he said.