British Nuclear Fuels plc, or BNFL, reported this week even larger annual lossestotalling £303msaying that the cost of running its operations, which include the Sellafield plant in north-western England, have increased.

Published on June 11, 2004 by Erik Martiniussen 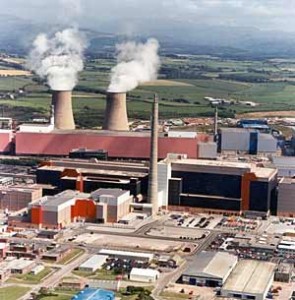 BNFL also blames its loss on start-up costs at the controversial mixed plutonium and uranium oxide, or MOX, fuel manufacturing plant at the Sellafield industrial complex, as well as rising nuclear clean-up costs.

Biggest Challenges
In yesterdays statement, BNFL Group Chief Executive Michael Parker said: The period since last summer has been one of the most challenging in BNFLs history. The loss sustained by the Group in 2003-2004 is disappointing, but the financial position will change dramatically once the Nuclear Decommissioning Authority (NDA) takes responsibility for a significant portion of our assets and liabilities as well as the legacy issues.

The total loss for BNFL the previous year was £1.09bn after exceptional charges of £827m, including £415m of extra provisions to cover future decommissioning costs. The scale of the last years deficits explains why the government of the United Kingdom has decided to take over the group’s nuclear decommissioning liabilities.

Next April the NDA will be established as a separate body to provide overall management of clean up at nuclear sites in the UK. More than 40 nuclear reactors have been in operation in the UK, and it is the future decommissioning and clean-up work at these sites, including Sellafield, that the NDA will take charge of.

BNFL has thus established a new stand-alone company to bid for British and international decommissioning contracts, a market estimated to be worth about £3billion a year.

Weve jointly reviewed our strategy with our shareholder (Her Majestys Government) and welcome the chance to operate in the new competitive UK clean-up marketplace, Parker said in the statement.

Westinghouse, the BNFL group’s US nuclear reactor designer and builder, will also be run as a stand-alone company. This will leave it free to be sold, or floated, if the government decides it does not want to retain nuclear construction capacity.

Parker, though, denies that there are plans to sell or float Westinghouse, which last year made a profit of £95million on sales of £1.05billion.

MOX-headache
The prestigious Sellafield MOX Plant, or SMP, is still, however, a headache for the giant state-owned nuclear firm. More than two years after it was commissioned the SMP has yet to produce a single fuel assembly of MOX fuel.

This year BNFL was forced to buy MOX from Belgian nuclear company Belgonucléaire to meet a Swiss contract. John Edwards, finance director at BNFL, told The Guardian today that purchases from Belgonucléaire and increased equipment spending on the £437m MOX plant had cost BNFL tens of millions.

The THORP reprocessing plant at Sellafield has also been highlighted the last three years for a bad performance. Repeated delays in the reprocessing activities at THORP have represented a lasting annoyance to BNFLs customers. Last year THORP handled 671 tonnes of spent nuclear fuel compared with 502 tonnes in 2002-2003. Thats an improvement, but the facility is supposed to handle much more if BNFL is to reach customer targets.