Published on April 21, 2004 by Erik Martiniussen 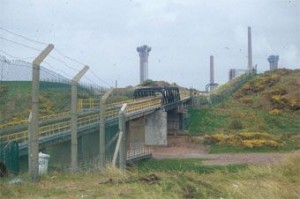 "This is a very important victory for us, and for the environment in the Irish and the North Seas," said Frederic Hauge, director of Norwegian based Bellona Foundation. Bellona has been fighting for years together with Norwegian authorities to halt the controversial discharges.

"Tc-99 has been the most polluting substance discharged from Sellafield," said Hauge. "It spreads easily in ocean currents, and has been traced all the way up to the Barents Sea. It also concentrates in Seaweed and lobster, that is why it has been particularly important for us to stop the discharge of this single radioisitope."

It was The British Environment Agency, or EA, and the Nuclear Installations Inspectorate, or NII, that finally gave permission for the use of a new cleaning technology based on the chemical precipitant tetraphenylphosphonium bromide, or TPP. The technology was tested this fall, and the results were evaluated during the winter. The technology has now been granted permission for use on a permanent basis.

The dumping of Tc-99, from Sellafield’s nuclear reprocessing plant has caused frustration and outrage in Norway. The discharges in recent years have led to a dramatic increase of Tc-99 among Norwegian coastal sea products such as lobster and seaweed. Tc-99 has also been measured in the Barents Sea as far north as the Arctic island of Spitsbergen. In all, the discharges equal some 90 terabequerels per year.

Sellafield’s liquid radioactive waste is stored in an onshore holding tank. Until last spring, the contents of the tank—which were cleansed of almost all toxic substances except for Tc-99—were being slowly dumped by portions into the Irish Sea three times a year, with the goal of emptying the tank completely by 2007.

Bellona is satisfied
At the environmental foundation Bellona, the cheers went through the roof when British authorities announced they would adopt the technolgy. The decision brings a victorious end to 10 years of struggle with British nuclear authorities. Bellona has worked for years to end the nuclear spill, and followed the process, step by step, until its positive resolution today.

For the last two years, Bellona has been working intensively together with the ad-hoc organisation Lofoten against Sellafield, or LmS, as well as with Sellfields owner of the nuclear site, British Nuclear Fuel Plc, or BNFL, to push for a final solution. In April 2003, Bellona, LmS and BNFL arranged a conference at Sellafield that turned out to be decisive for the work against the Tc-99 discharges at Sellafield

During that conference, Bellona proved that a limited ban on discharges containing Tc-99 could be tried in order to test the new TPP technology. Until that point, British government officials had repeatedly resisted the theory that the TPP-based cleansing technology and said it would have either only an insignificant effect on the Tc-99 levels expelled, or, worse, would have a negative effect on the marine environment. It was also claimed that a halt in the dumping of liquid waste for the test period would be technically impossible.

With this autumns full scale testing, answers about the TPP technology began to emerge and looked positive. In Tc-99 content in Sellafields regularly scheduled draining of liquid radioactive waste will now be decrease by 97.7 percent when the TPP technology is introduced. The TPP technology was turning out to be even more effective—aside from the Tc-99, it was also cleaning out some of the radioactive strontium-90, or Sr-90, from the discharges.

A cleansing percent of 97,7 percent means that a predicted discharge of 240 terabecquerels will be decreased to about 5,5 terabecquerels. 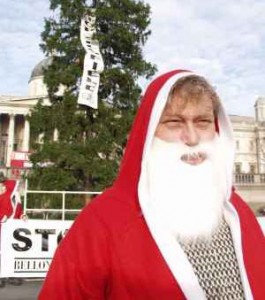 Started under the Olympics
Requests for permission to use TPP for test purposes were submitted to BNFL last fall, but were not granted—at least on a permanent basis. Todays permission from the British EA and NII for TPP use on a permanent basis at Sellafield is step in the right direction for the environmental movement.

The hazardous and controversial discharge of Tc-99 started as early as in 1994, while Norway basked in the sun of the Winter Olympic Games hosted at the Norwegian city of Lillehammer. The British government almost secretly started to dumped large amounts of Tc-99 into the North Sea. At least they didnt bother to inform Norwegian authorities about it. Most of the spill originated from an old tank installation—designated B211 at Sellafield—which contained large amounts of liquid radioactive waste. While the cleaning plant at Sellafield removed most of the radioactive plutonium and caesium-137 from the sea dump, the Tc-99 leaked right through because their existed no technology for its removal.

The Radioactive fluid quickly spread via the currents in the Irish and the North Sea, and in 1996 the Norwegian Radiation Protection Authority, or NRPA, started to measure higher quotients of Tc-99 along the Norwegian coastline. Especially alarming were the concentrations of Tc-99 measured in seaweed and lobsters along Norways coasts.

In the late 1990s, negative reactions to the Tc-99 containing dumps started pouring in from the Irish, Norwegian, Swedish, Icelandic and Danish governments. The successive Norwegian Secretaries of State for the Environment—Guro Fjellanger, Siri Bjerke, and Børge Brende—all protested against the radioactive discharges.

Bellona adds to the pressure
Bellona has been engaged in the work stopping radioactive discharges from Sellafield since they began, and Bellona representatives visited the plant for the first time in 1995.

During summer 2001 Bellona published a working paper on Sellafield. The highly illustrated and illustrative paper was published in Norwegian and English, and led to stronger and more convincing argumentation than had previously been available. Artist and singer, Johs Røde from Ramberg in Lofoten read the working paper, and was inspired to action. Together with Per-Kaare Holdal among others, he founded the Ad- Hoc organisation LmS.

In January 2002 LmS arranged their first conference regarding the discharges in Stamsund, Lofoten. It was the beginning of a constructive co-operation between Bellona, LmS and the Norwegian government. Since then Bellona and LmS have arranged conferences in both Sellafield and London, with the final goal of stopping all the discharges of Tc-99.

Victory
The effort and time put into the case has finally paid off. Tc-99 dumps are from now on almost non- existent, and the population along the Norwegian coastline has all reason to be relieved.

On the other hand, Bellona has not finished its work at Sellafield. In June, Bellona has arranged to visit derelict and radioactively contaminated buildings at Sellafield that have to be decommissioned in a proper way. The buildings have been abandoned since the end of the Cold War. Some of them were used for making plutonium for the British nuclear weapons programme. Its a difficult and painstaking job to dismantle the old buildings because of the vast amounts of nuclear waste still locked in the Sellafield area.

Bellona wants to speed up this decommissioning and clean-up work at Sellafield. Many old buildings in the plants industrial area are in significant disrepair. But today Bellona representatives will have a day of to celebration for the first step toward victory before continuing the important environmental work still to be done.